Because of its reputation for violent, bloody hardcore matches, Toronto-based promotion Deathproof Wrestling hasn’t necessarily been the show that most purists would put at the top of their must-attend list. But this Sunday may change their minds, as the show will feature what some may call a dream match when the legendary Ultimo Dragon takes on ECW original, the “King of Old School” Steve Corino.

“It’s a true contrast of styles,” Corino noted in an exclusive interview with SLAM! Wrestling earlier this week. “I believe the fans will enjoy what we can come up with. Both of us are hard workers, and believe that we have to work extra hard to cement our legacies.” 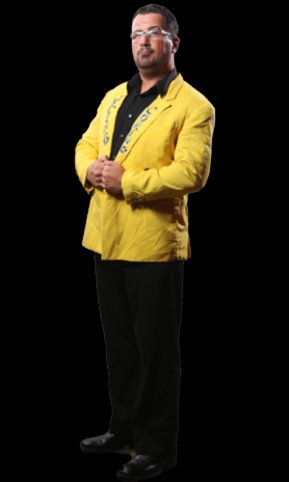 It will be particularly interesting to see what the two can come up with, having no history of working with one another — Sunday’s match is the first time they will have ever competed one-on-one.

“(In fact), we’ve probably had the minimum of interaction over the years,” confirmed Corino. “I’ve talked with him a few times backstage when he returned to Japan from the WWE, but that’s it.”

“When you’ve wrestled a guy 20, 30 times you know what they do, what they expect, and where they are going to be. When you wrestle someone for the first time, you have to have a lot of hope. But that’s part of the fun.”

‘Fun’ is the operative word when Corino talks about Deathproof shows, crediting the fans for making the shows enjoyable — not only for themselves, but the workers as well.

“Deathproof fans are as much a part of the show as the wrestlers are,” he said. “It makes it a real enjoyable atmosphere… assuming you like in-your-face professional wrestling, not be offended by some swear words, and definitely like to drink beer,” he laughed. “A good way to describe it would be a live action Rocky Horror Picture Show.”

Insomuch as that movie is a cult favourite, the comparison is apt. Indeed, Deathproof has carved itself a niche on the Ontario independent scene, just as many of its competitors have carved themselves up with barbed wire, light tubes, and other weapons. This Sunday’s show, for example, features a tournament with match stipulations such as a 10,000 Thumbtacks match, a Hells Kitchen match, and other non-traditional contests.

Which is a complete departure from Ring of Honor Wrestling, where Corino spends a lot of time these days as part of the commentary team.

“I love it,” he said, about his RoH role. “In 2011, when Sinclair Broadcasting bought ROH, I asked to be considered for a commentary role. It was something I’d wanted to learn and do for years. Finally, in 2013, the time was right for me to become the color guy to Kevin Kelly’s play-by-play.”

“It’s been a learning experience to say the least, but Kevin Kelly is a true mentor. He leads me through, knows my humour — and can cut me off if it’s too much, or let me go when I’m on a roll. Its been an amazing ride.”

It’s also given him the unique opportunity to call matches featuring his son Colby. Having a son in the game has both positives and negatives for Corino.

“I always worry,” he admitted. “(Colby) has a junior heavyweight style that has him taking big bumps, and as a father it scares me. But he has a deep passion for pro wrestling, and he’s smart; (with that combination) he’ll be a big star one day.”

While Colby has yet to compete in a Deathproof ring, he’s getting plenty of experience in ROH and in Steve’s own promotion, the Premier Wrestling Federation, based out of North Carolina.

“We’ve been doing some great shows,” he said proudly, “and will be seen on Roku TV in the very near future. We have a big show coming up at the Hashimoto Hall in Hubert, North Carolina on August 28.” 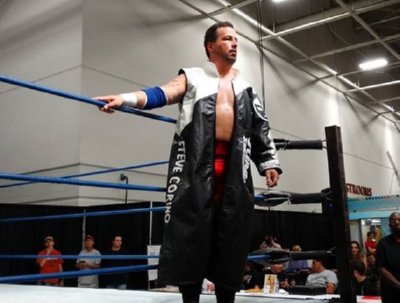 Whether it’s talking about PWF, RoH, or Deathproof, Corino’s passion for professional wrestling is clearly evident. Which is why he goes out of his way to make every moment a memorable one for the fans. And which is what he promises to deliver this Sunday night.

“Regardless of what style of wrestling it is, you’re going to find fans, and you’ve got to concentrate on the fans that are there. (It’s my way of saying) thanks to every wrestling fan out there for keeping our form of entertainment around. If there aren’t fans, there isn’t wrestling.”