The Blood Red Turns Dollar Green series has been a nice surprise, compelling, well-written wrestling fiction instead of a biography or a historical book. It’s a way for fans to jump into an imaginary story yet still remain in their beloved world of pro wrestling.

Author Paul O’Brien went the self-publishing route and has made his three books a resounding success. Today he speaks with SLAM! Wrestling about the story behind the books, the future of the series, and teases similar projects for the future. 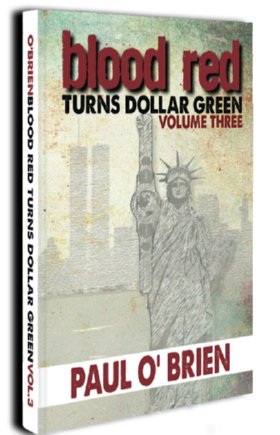 BERTRAND HEBERT: What is your background and what lead you to writing the Blood Red, Turns Dollar Green books?

PAUL O’BRIEN: I’ve been a professional playwright for nearly 20 years now. Before that though, came wrestling! I’ve been a wrestling fan for 30 years. With both things my head quite often, I’ve always wanted to write a wrestling story.

HEBERT: Your book paints a vivid picture of the time period and not just the wrestling aspect, what kind of research did you have to do to achieve that?

O’BRIEN: I’ve put in years and years of research about the time period the books are set in, but also the wrestling business itself. I’ve scoured sites and pictures and testimonies to get the right colours on the walls. I’ve skimmed thousands of hours of interviews, programs and regular programming to make sure the ring ropes were the right colour in that territory.

HEBERT: Your description of the inner working of the business is also very accurate, is that something you knew already or you needed to research as well?

O’BRIEN: A little of both. When you’re a wrestling nerd like me, the interesting stories and characters stay with you. I’m not the type of fan who knows the main event to every card or the date such a company was in the Sportitorium. I am, however, the type of fan who never forgets a good story.

HEBERT: Was it always planned as a three book series? Is there a Volume 4 hidden somewhere in your mind?

O’BRIEN: It was always going to be a trilogy. I have a ton more stories in my head for the next novel(s) and I’m working on something special right now in fact!

HEBERT: How did the idea come about to have a crime mystery mixed in the wrestling world?

O’BRIEN: I say this with all the love in the world, but they were so similar! Territories, bosses, cash business, keep the government and the law on the long finger, hard to break in/hard to leave, etc. I was so surprised that no-one had done this before. But it all came into focus when Jim Ross told a story about how, one night he overheard the old school bosses talk about this newcomer called Vince McMahon. And how one of them suggested that they kill him. I just thought — bingo! So thanks, JR!

HEBERT: I have had my own issues finding a publisher. How did you get around being published and more importantly getting distribution? 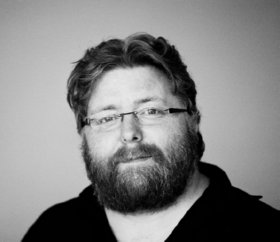 O’BRIEN: I turned down the traditional route. It just didn’t make sense to me. I knew where the wrestling fans were, and I knew how to get to them. Once the book began to sell, then crime fans joined in too. I’m delighted to say that all three novels have been number #1 in seven countries at this stage.

HEBERT: How did the whole Hollywood connection came about?

O’BRIEN: A reader called Lavie Margolin emailed me to say how much he enjoyed the first novel. When Volume 2 came out the same guy emailed again, even more enthusiastic. This time though he said he had a contact he could pass the novels on to if I was willing. Turns out his contact was a producer out of New York who, herself, loved the novels.

HEBERT: How far or how close are we from a Blood Red, Turns Dollar Green television series on HBO?

O’BRIEN: I’m not sure. I hear these things take years. I would dearly love to get these books into the hands of Dwayne Johnson, though. I wrote them with the detail and respect that someone else might write a war novel. I know a third generation wrestler could mind and nurture the important details in a story like this. So, if you’re out there Dwayne…

HEBERT: What is the plan if it is picked up? Is there enough material to feed three seasons, are you planning to expand on materials already in the book, or even introduced new characters?

O’BRIEN: If it does get picked up then I already have enough material on paper for several seasons and ideas in my head for another three or four. Honestly, this world is so rich with characters and conflict that it won’t be hard to get material.

HEBERT: The books have gotten fantastic response from fans but also by quite the A-List of the industry like Mick Foley, William Regal, Bret Hart, Jim Ross and Paul Heyman? Were you surprised by their reactions?

O’BRIEN: I was surprised and humbled. These were the people I had in mind when I was writing. Much like a writer might want to the blessing of the soldiers who were actually in the war novel he wrote – I wanted nothing more than the nod from these soldiers who were in the trenches that I’m writing about. 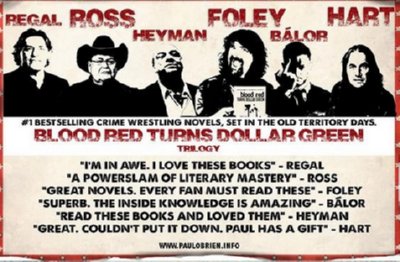 HEBERT: What is the most rewarding thing that has happened to you as an author since that whole adventure started?

O’BRIEN: I’ve done some cool stuff since this began. I made my TV debut on WrestleTalk TV, got reviewed in Fighting Spirit Magazine, I’ve even made it to the famous SLAM! Wrestling site. But the one thing I will never forget is flying into L.A. at night with my book in my bag and my notes in my pocket.

HEBERT: Do you have a future different project in mind for the future yet still taking place in the world of wrestling or are you planning something entirely different?

O’BRIEN: Yes, and yes! I’ve just finished a thrice extended sold out run of my new play here in Ireland, so we’re going to probably go on the road with that. And I’m also writing someone with wrestling very much in mind!