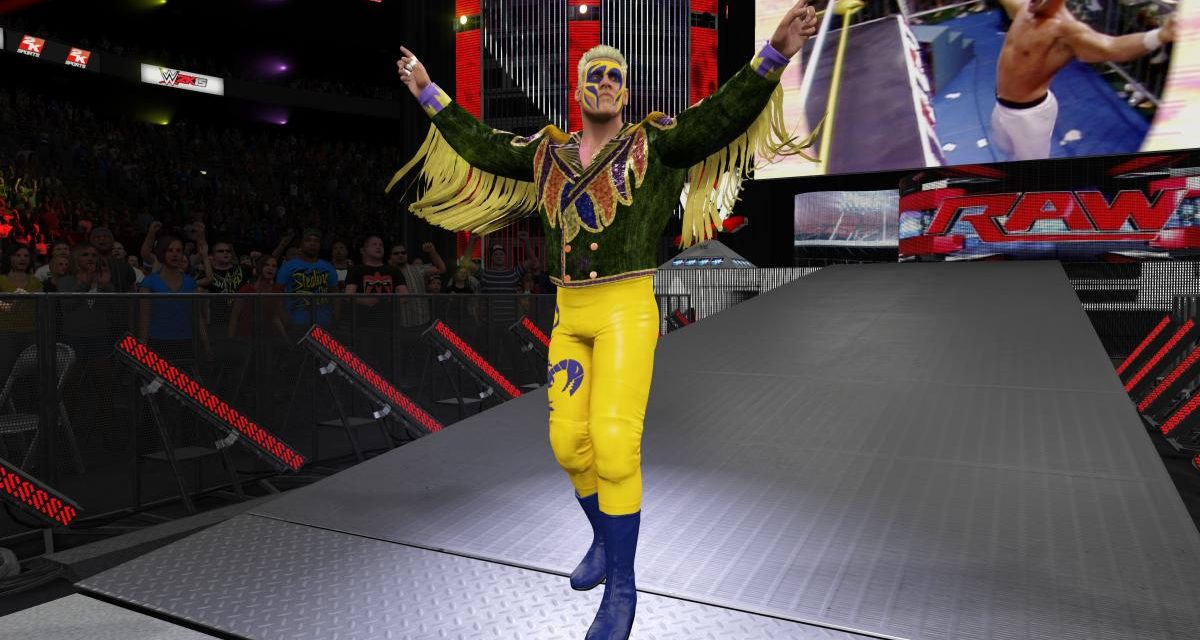 Change can be a good thing. Steven Williams made wrestling history as “Stone Cold” not the “Ringmaster.” Paul Levesque made more of an impression as Triple H than Jean-Paul Lévesque. Scott Levy was iconic as Raven but not so much as Scotty Flamingo.

Change can also be a bad thing. George Gray was far more imposing as One Man Gang than Akeem. Barry Darsow was better off as Demolition Smash than The Blacktop Bully. Paul Taylor was fantastic as Terrance Taylor but abominable as The Red Rooster.

All things considered, WWE 2K15 is sorta like Corporate Kane. There is so much that is still cool about the Big Red Machine and so much that just doesn’t work.

In a move that has disappointed some long-time fans of the series, 2K Sports has decided to continue down the road of transforming the WWE game experience into more of a wrestling simulator than an arcade brawler.

Much to the chagrin of some, the controversial Reversal System has returned with little or no improvement. It remains as finicky and unpredictable as before. If you cannot master it, be prepared to assume the role of jobber with your opponent unleashing attack after attack as they beat you silly from pillar to post. It is enough to make you pull a Mankind and tear your hair out.

To make matters worse, a new Stamina System and a chain wrestling mini-game have been instituted. As you wrestle a match, each move you execute costs valuable Stamina points. The three-tiered metre regenerates but not very quickly and eventually if the match goes on long enough, you will find your superstar staggering around like John Cena at the end of a match with Brock Lesnar.

The completely unnecessary chain wrestling, rock, paper, scissors mini-game occurs throughout a match when wrestlers lock-up. Once grappling for superiority, players press one of three buttons to select a side headlock, a wrist lock or a waist lock. Once that phase is decided, the players then rotate the right analog stick on cue to find a “sweet spot” to break the hold or reverse it. And on and on we go. All in all, it is a waste of time and stalls the momentum.

Both the Stamina and Reversal Systems make for a more realistic experience but they don’t necessarily make for a more fun-filled one, depending upon your preference. Some will certainly thrive on there being more realism and strategy involved whereas others who want a more pick up and play, fast-paced game of holds, moves and action, will feel let down. By fiddling with the gameplay options, you can reduce the effect the Stamina, Reversal Systems and chain wrestling mini-game but they won’t disappear entirely or be rendered irrelevant. 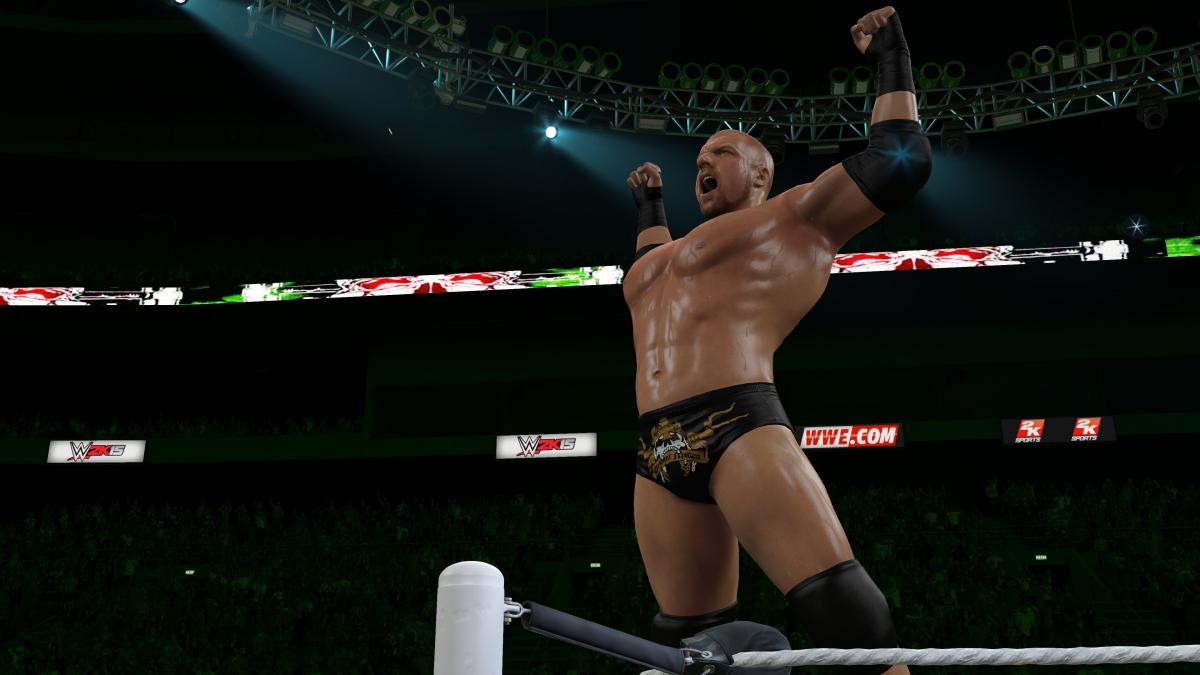 Augmenting the simulation aspect has put the WWE franchise into the same situation as the racing game genre. There are gamers who love monitoring the weight of their tires, the angle of their spoilers and tuning every aspect of their car’s engine while others just want to forget about all that minutia and just put the pedal to the metal. Microsoft Studios solved that dilemma by making Forza customizable. Gamers can make Forza as realistic as they wish it to be by turning options on or off, thus they are offered the best of both worlds. Yuke’s and 2K Games would probably be best to follow the same path with WWE.

Highlighted with superbly detailed cut-scenes, historical footage and unlockable rewards, the 2K Showcase is not without its drawbacks though. Just like last year’s “The 30 Years of WrestleMania” mode, the matches contain specific goals which must be met and at times those goals can be irritatingly distracting or downright unfair. They can destroy any momentum you have established and put you at a distinct disadvantage such as during the 2011 Money in the Bank world title match. As Punk, if you don’t hit the right button during a timed sequence, you will automatically lose the match no matter how well you have played up to that point. Yes, you can almost hear the “B.S.” chants from the crowd when those kind of shenanigans upset the balance.

My Career mode has a lot of promise, if developed further. As a rookie, you climb the WWE ladder from being showcased on NXT to main eventing WrestleMania. As you win matches, you can improve your skills and abilities, gain social media followers and in-ring enemies. The decisions you make throughout the course of your career largely determines whether you are a heel or a face.

Universe mode makes a return although it is without the ability to create your own storylines. In point of fact, there are a lot of glaring exclusions from this year’s instalment. You must forgive female fans if they feel like they have been hit with steel chair to the noggin, because they have. In creation mode, you can no longer make a Diva. The omission is a bit puzzling since that option has been available in many of the past WWE games. There is also a cap on how many layers and items you can outfit your created wrestler with and there are only a measly 20 save slots available. This move too is inexplicable considering one of the biggest draws of the series has been the ability to produce and share your creations with the rest of the WWE 2K community.

Also powerbombed are constructing your own championship belts, arenas, finishers and some match types have been removed as well.

Be prepared for some petty annoyances too. Things like not being able to preview outfits or any changes to your created wrestler, no entrance music at all in the jukebox, sometimes there is no sound when a wrestler hits the mat or the sound is delayed. There is clipping when you execute a move like a suplex near the ropes and the referee often gets in your way. These are just some of the bothersome reoccurring glitches.

In its next-gen debut, you would think WWE 2K15 would look brighter and better with all the extra horsepower to support it, and it does but there are still visible hitches like masks bugging out sometimes and faces washed out in some cut-scenes. The menus, character models and cinematic move sequences though are improved. They do look great.

Although we would love to smell what Yuke’s and 2K Sports are cooking, WWE 2K15 has too many flaws and too many omissions to be considered anything but a major step backwards. Like the current plight of our pal Kane, there could be a road to redemption ahead but it is gonna be a very bumpy ride to say the least.

Now that it is a sports-simulator some of the fun is gone.