Guest column: Living the dream along with Michael Elgin 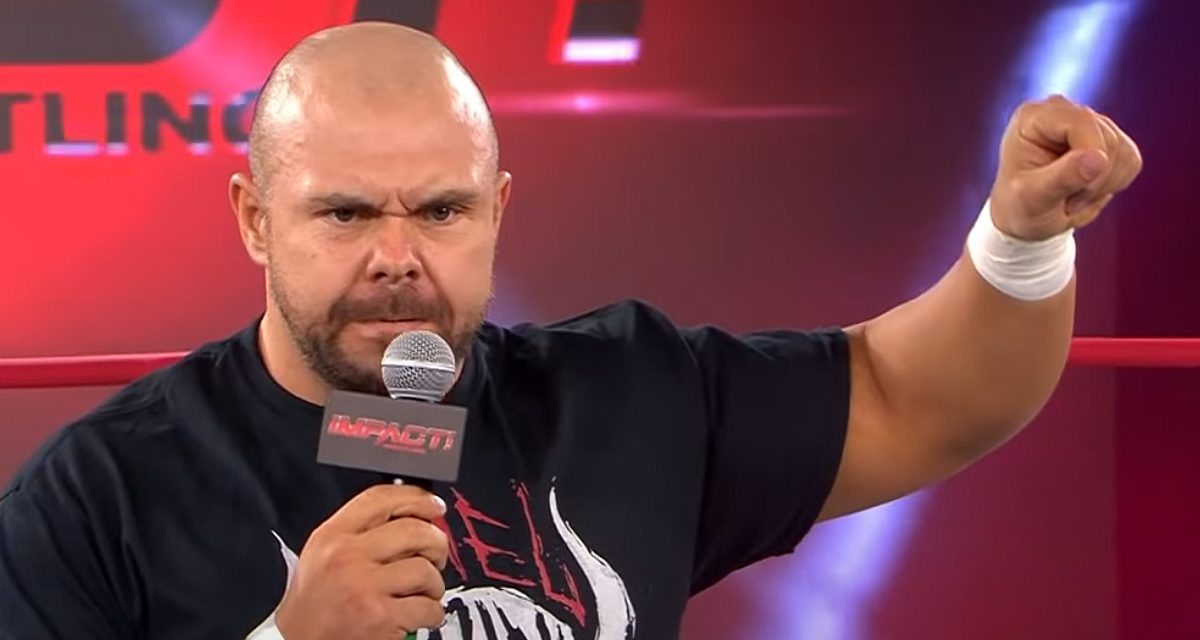 The first time I ever saw Michael Elgin was at an indy show at Durham College in Oshawa, Ontario. He did not have an opponent or a match that afternoon; he was sitting in front of my son and I on the day we were both introduced to independent wrestling. He had a broken arm and was wearing a pink shirt.

Several weeks later, he was headlining a show in the same city, but at a different venue. I remember he battled Xtremo and one of them ran the other one into the cage area right in front of me. I saw him do an incredible move and afterwards I got to speak to him and asked him, “What the hell do you call that finisher that you just did?”

Those were my early introductions to Mr. Elgin some nine years or so ago, and over those years we have both grown in maturity and renown with him of course becoming the more famous of the two.

Sunday night, as a part of the Ring of Honor Best in the World pay-per-view, he became the new Ring of Honor World champion defeating Adam Cole — a championship well earned.

Through the years that we have known each other, it has not always been as smooth as it is now. We once worked for a small promotion in Oshawa where he was the booker and I was the financial assistance, backing, money mark — whichever you want to call it. We were both good at our jobs although sometimes we would bump heads. I do not remember much of anything specific, I just think that promoter would play each of us against each other to get what he wanted but in the end we both ended up better without him.

There were times when the fans would call him “FAT HARDY” or comment how they could remember seeing him working in a very popular food joint in Oshawa, which was his hometown.

I can remember when he was still using the moniker of Crazy Horse — a skinny little fan calling him a derogatory name and it looked like it might get heated but out of the corner of his eye he could see me coming to get in between them and he knew the situation was over before it ever started.

Each time I would work with a different promoter or town there was always the same common element, Elgin!

Through good times and bad we worked together on the same events and of course making them better in our own ways.

Wrestling is very much like that phrase from The Godfather: “Just when I thought I was out… they pull me back in.” and few years ago I approached Elgin about bringing good independent wrestling back to the Oshawa area, as we were both disappointed as to what it had become. 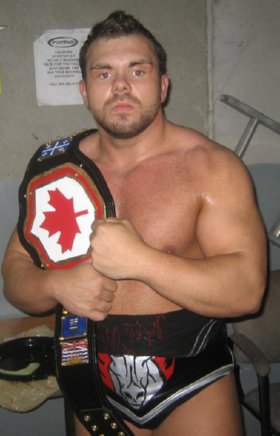 Michael Elgin with a title belt created by Sean Murley.

I was the promoter and he was the booker, and with every event we did, he always kept his eye on the bottom line and he would coach me as how to get the better product. I would absorb everything from him like a sponge.

With my association with him, we had access to talent that I had only heard raves about, but would have had no knowledge of how to contact, and the deals were always fantastic and the crowd’s appreciation was always there.

People would talk with me and say things like, “Well, your buddy Elgin this…” or something and I would say, “We are not buddies, we just work together, we know each other and we respect each other.” But that would change over time.

I can remember not too many years ago, he thought he had a career-ending knee injury and I could tell that even though he was talking to me over social media, he was in more pain thinking that his dream was over, something he had wanted for so long, at the time looked like it was over. This was at a time when he was just becoming a regular on Ring of Honor as well.

Not too long after, he was back to his perky upbeat self with his knee injury not being as bad as he first thought. He was back in the ring in what seemed like no time and we continued to strive to run the best quality event with the best upcoming talent.

He got all grown-up all of a sudden one day, planned on moving to the United States and getting married. His career grew from there and I would follow his exploits via social media. We would chat here and there, and when he was home visiting his mom around the time that I was putting on a show, he would be added to the card and he would bring great talent with him.

Over these past few weeks, his tone seemed to change and I started hearing something more in his voice. I started to see the possibilities of the dream coming to life, but I did not want to jinx him by saying anything.

I had a show on the afternoon of June 22, and in my introduction to the fans at the event, I talked a bit how that night Michael Elgin would be the new Ring of Honor champion, but I did not dwell on it.

I went to bed early after a tiring day, and woke up to see the news that someone I knew and worked with — a guy that I call a friend — had climbed one rung higher than all the rest and had achieved another one of his childhood dreams. I was so proud and so happy for him, and to see the photo of him holding the belt while on his knees and the ring covered in streamers made me smile. There’s another photo of him holding his wife and the two of them both beaming ear to ear was as good as it gets.

He replied with a “thanks man.”

And I wrote back, “no thank you for living your dreams.”

Anything in life is possible if you have the passion and hold onto your dreams. 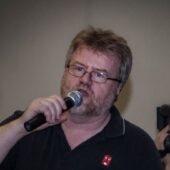 Sean “Dr. Mask” Murley is a long-time wrestling fan and occasional promoter based out of Whitby, Ontario, just to the east of Toronto.