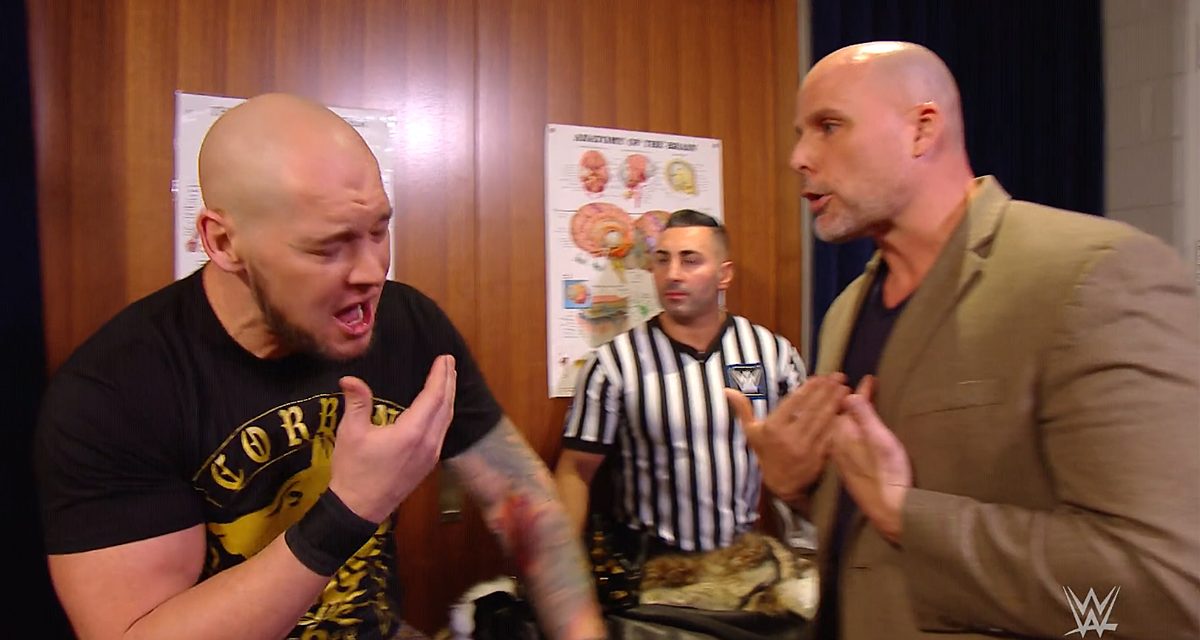 After 15 years, Adam Pearce has done almost everything the world of pro wrestling. He’s a five-time NWA World champion, having wrestled around the world for virtually every company, has booked promotions, and trained the next stars. A few weeks ago, he received the men’s wrestling active award at the Cauliflower Alley Club reunion and SLAM! Wrestling sat down with “Scrap Iron” Pearce to discuss the honour. 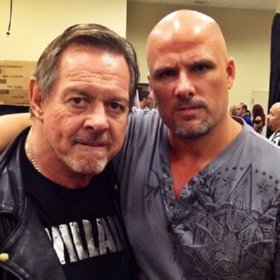 For the wrestling fans out there who are not well aware of what the CAC means, Pearce had a good way to explain it, which also reflects why it was such an honour for him to be on the podium at the Gold Coast Hotel & Casino in Las Vegas on Wednesday, June 4th.

“For me it’s like the Screen Actors Guild for professional wrestling,” he told SLAM! Wrestling before the ceremony. “We don’t have Academy Awards, if you will, but it’s a by the boys for the boys kind of thing, it’s a recognition by our peers. It almost means to me more than other awards you can get in this business. So it’s a humongous honour, it’s an accomplishment. It’s in front of people we grew up idolizing, so it’s something. I’m kind of without words right now.”

Being given the award by two close friends, promoters David Marquez and Carmine DiSpirito, Pearce was able to find the right words and kind of put his career and his success in perspective.

“I asked myself why [I was given this award]. Because yes, I’ve been a wrestler, an executive and a trainer, but you’re only as good as your opponent, only as good as the show is and only as the trainee becomes,” Pearce told the huge crowd in attendance at the main CAC banquet.

His parents, who live in Las Vegas, couldn’t attend the ceremony simply because they were babysitting Pearce’s two children. His wife was there though, and he made sure to recognize her contribution, thanking her “for dealing with my ego and to keep my head up straight.”

At last year’s CAC reunion, Pearce was in a completely different frame of mind, as he was dealing with the recent passing of his friend, the late William Moody, better known as Percy Pringle III and Paul Bearer. He was one of the two people accepting the Lou Thesz Lifetime Achievement on Moody’s behalf.

“When his sons got a hold of me and told me, ‘Our dad would like you to be there,’ I was in tears,” Pearce remembered.

Pearce considered Moody to be more than a friend.

“He was one of the sweetest human beings I have ever met. We’ve barely never talked about wrestling. It was about our family, football, or other things. He’s another one who took a lot of interest of what I was doing as a NWA champion and he never had to,” Pearce said. “His passing was a big blow to me. I’ve never dealt with a lot of deaths, luckily, in my family over the past 20 years. So to lose a close friend like him was like a shock. We called ourselves ‘brother’ and it’s rare in wrestling when you make a real and tangible human connection with somebody. When I say Percy Pringle was my brother, I mean that, it was well beyond the handshakes in the arenas. I love the man.”

Pearce was also invited by Moody’s sons to be part of the WWE Hall of Fame festivities last April, since Moody was one of the inductees this year.

“I felt part of the family and I still do,” he said, very touched by the invitation.

He started his career in 1996, and looking back, Pearce has done a lot. He made several appearances for WWE, was recently on TNA, and even refused a deal with WCW when he was just 20.

“I have no regrets,” he assured, talking about that last deal. “But if you give me a mulligan and say. ‘Hey do you want to retry that?’ I would retry it for sure.”

That didn’t prevent him of having a worldwide career, working in many countries and for some of the biggest promotions such as Ring of Honor, Pro Wrestling Guerrilla, New Japan Pro Wrestling and the National Wrestling Alliance.

The latter gave him the opportunity to be on the same list as guys like Ric Flair, Jack Brisco, Lou Thesz and Harley Race, as he won the NWA World heavyweight title on five different occasions between 2007 and 2012. Even if the title doesn’t mean what it used to, his best-of-seven series with Colt Cabana is probably the most successful program over the NWA World title that this generation has seen.

“It’s a huge part of what I think will be ultimately the legacy of guys like me and Cabana when people will look back at our careers. It’s something that transcendent the normal run of the mill of the independent stuff and that captured people’s imagination. It will surely be the most memorable and favourite part of my in-ring wrestling career.”

“It was an honour to carry on the legacy and to be close to people that were close to that legacy like Gerry Brisco and Terry Funk, when it was at his mainstream high, and telling me, ‘You did a good job and you would’ve fit in.’ It’s huge, you know,” he added with pride.

Pearce was also hired by Ring of Honor as the head booker when the company started airing on HD-Net. His first show in his new position was actually in Montreal, November 7, 2008. He lasted almost two years before parting ways with the company. Even if his departure was synonymous with turmoil, he has nothing but good memories of that time.

“Best job I’ve ever had. I enjoyed it. And leaving the company had nothing to do with the wrestling side,” Pearce made sure to point out. “Cary Silkin is the best boss I have ever had and I love him to this day and he’s a dear friend.”

Lately, he had a shot at TNA’s Gutcheck challenge and like many others, wasn’t picked up. That being said, he brings a whole different view on what it really was.

Aside from wrestling, Pearce made the news the last two years for trying to get a job as the San Diego Padres’ public announcer. Always good with a microphone, Pearce thought it was a very unique experience.

“I’m a big baseball fan. I got called back, and called back again, and did a game, and another game, and another game, it went real serious real fast. And I called three regular season baseball games. I was able to work with guys like Vin Scully, so it was above and beyond what I expected. So it was a huge experience for me,” said Pearce, adding that the guy who got the job was Alex Miniak, the Double-A announcer for the Toronto Blue Jays.

Pearce ended his acceptance speech at the Cauliflower Alley Club banquet with three pieces of advice that he always gives when a youngster is asking about how to make it in this business: “Work hard, treat people fairly and earn your respect.”

Considering his age and being realistic about his in-ring career, Pearce is trying to give a new direction to his career and could very well be giving more of this kind of advice.

“I’m definitely on the downhill side of active wrestling. I’ll be 36 in a month (June 24), with 20 years almost in this business. I’m not in a position where I want to be on the road 300 days a year. My children are six and two, they still need their dad to be around. I think I’m best suited to pass my knowledge and that’s kind of the path I’m on now.”

About the rumours of him being hired by the WWE to work at the Florida Performance Center as a coach, he didn’t say much.

“In a perfect world, for me anyway, that’s exactly where I’d like to end up,” he simply said.