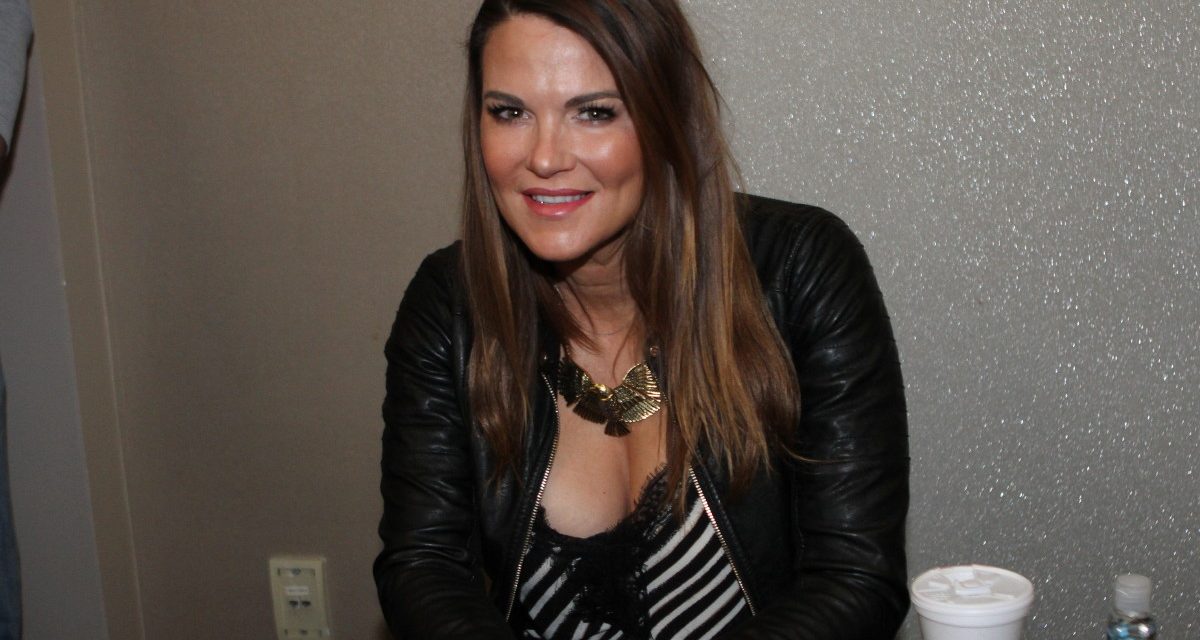 Lita was lying in a hammock at her home in Nicaragua when she got a text from Stephanie McMahon. 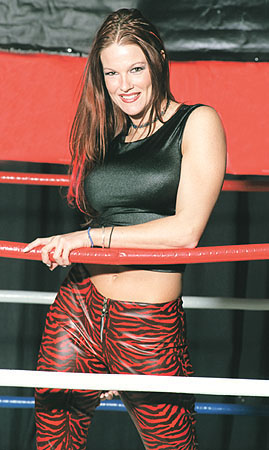 “Yeah, I was just chillin’ when I received this message from Steph saying the office was trying to get a hold of me,” Lita told SLAM! Wrestling this past week.

“I’m pretty out of touch when I’m down there, and I guess they were trying to call me. Steph didn’t say what it was about, so I called the office and they asked me if I would accept the honour of being in the Hall of Fame. So that was pretty exciting.”

It was 14 years ago, in February 2000, that Lita made her WWE debut alongside Essa Rios on an episode of Sunday Night Heat.

“When I was training in Mexico, I was a big fan of Essa Rios, who was Mr. Aguila down there,” said Lita. “When I heard they wanted to put us together I thought that was great, as we could do the whole lucha libre thing, which was perfect because I had been so influenced by that style.”

It was the mystique behind the lucha libre wrestling masks that first hooked Lita on professional wrestling.

“When I first saw Rey Mysterio, I was watching WCW, and I was amazed by the way he could be so expressive and convey so much emotion even though his face was covered,” she said. “And Rey was the one wrestler who really stood out for me and got me really interested in Mexican wrestling and all that rich history.”

A “student of the game,” Lita studied hours of Mexican wrestling footage while getting her first taste of the business on the Mexican wrestling circuit working as a valet. “I didn’t wrestle full matches until I was back in America, though,” she said.

“My first appearance in the United States was in Cherry Hill, New Jersey at an NWA reunion show. I wrestled an indie wrestler named Strawberry Fields who had worked with Leilani Kai, and I went in and trained for a bit. At the time, I had just come back from Mexico, so I didn’t have a wrestling school that I was going to. I would just go in every time I could get work or get a match, and try to train for a few days before.”

From North Carolina to Chicago to attending Dory Funk Jr.’s Funking Conservatory School in Florida, alongside 23 men, Lita forged ahead in her determined path to success.

“I was like a learn-as-you-go, and sometimes if there was a school affiliated with one of the places I was wrestling, I would stay on their floor until they kicked me out so I could just keep soaking up everything they could teach me, and continue to learn.”

After wrestling for only five months in ECW, Lita was signed to WWE, where she would establish herself with The Hardy Boyz to form Team Extreme, a partnership that would last nearly five years.

She would go on to win four women’s championships, battling everyone from Molly Holly, Ivory, and Stephanie McMahon to Stacy Keibler, Victoria, and Mickie James.

But it would be her long and heated rivalry with Trish Stratus, with a groundbreaking main event on Raw, that would prove her most enduring and memorable. “We knew what a big deal that was, definitely, and we knew what big shoes we had to fill,” said Lita. “And we held our own and we knew we could hold that spot.

“Our characters, Trish and I were at odds for much of our time in WWE, and something about the chemistry just really worked. We were experiencing such a crazy circus world, this lifestyle, and to a certain degree, unless you are along for the ride, you just can’t fully relate to it. And we just started within a few months of each other and ended our careers in WWE within a few months of each other. So there was this parallel where we could always relate to each other regardless of how different we were on a personal level.”

That’s why Lita is thrilled to be inducted into the WWE Hall of Fame this weekend by her friend and fellow Hall of Famer, Trish Stratus. “It’s perfect, I couldn’t be happier,” said Lita. “Now I just have to keep working on this draft of my speech. With everyone from Jake ‘The Snake’ Roberts to Paul Bearer going in, emotions will certainly be running high. I’m very, very excited.”

When the dust finally settles on the Hall of Fame ceremonies and WrestleMania weekend, Lita will likely return back to her retreat in the tropical splendor of Nicaragua.

“It’s my second home and it’s beautiful there,” said Lita. “I’ve met so many amazing people. So I’m looking forward to getting back and chillin’ in my hammock.”