By ASHLEY SIXX – For SLAM! Wrestling

When I was given the opportunity to write a guest article for SLAM! Wrestling, I went back and forth in my head about how I wanted to present my story. See, I’m not all that “deep” and I’m pretty blunt. So here it is: on April 15, 2013, I was officially diagnosed with Advanced Stage-3 Hodgkin’s Lymphoma. Yup, cancer.

I know, it’s crazy right? I still at times have a hard time grasping it. The past 13 months have been a blur. A crazy, life-changing, eye-opening blur. 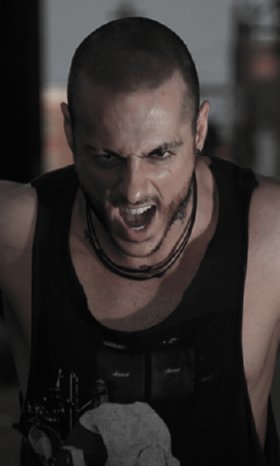 In November 2012, after nearly 10 years in the wrestling biz, I felt as though I was really hitting my stride. My best friend, Michael Elgin, was really pushing me to attend the upcoming Ring of Honor Camp in Philadelphia. I was on board, what did I have to lose? I went in with a chip on my shoulder. This is Ashley Sixx — like it or not. They liked it.

On January 5, 2013, the ball started rolling. I was invited to the ROH TV taping in Baltimore. The Greek God” Papadon and I kicked off the event with a killer little match. The crowd reaction was awesome, and the response behind the scenes was super positive. I was so happy that I literally had to find a quiet little spot to compose myself.

Things were looking great, I felt a change was coming. Little did I know how right I was.

Twenty-four hours later, I was being rushed to the emergency room in very serious condition. I couldn’t stand, couldn’t walk, couldn’t lay down. The pain was unimaginable and my system was near septic. The doctors and nurses were stumped. After a blood culture test, it was determined that I had a very nasty staph infection that had resided in my SI (sacroiliac) joints. 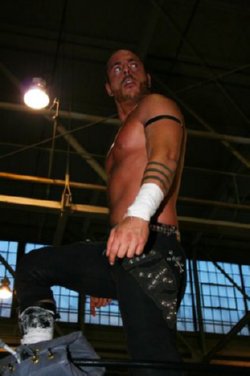 I spent six weeks in the hospital with tubes stuck in my body in an attempt to drain the abscesses that the staph had created. Most of this time is a blur. I was released to daily at-home care in mid-February 2013. I had lost nearly 40 pounds and could only walk short distances with use of a cane.

At this point, it was safe to say my wrestling career was on hold.

But hey, I’ll be back by summer right?

By the time March rolled around, I was feeling a lot of stomach pain. The doctors figured it might be due to all of the drugs that I was given during my stay in the hospital. But to be safe, they ordered a CT Scan. What they found surprised them. My lymph nodes seemed to be enlarged when compared to my last set of scans.

“So what does that mean?” I asked. “Cancer, probably,” the doctor responded ever so bluntly.

“But, I need to wrestle…” was the first thought in my mind.

I left the doctor’s office and stepped into a stairwell. The first call I made was to my boy Elgin. We’ve had each other’s back since Day 1, through all of the insanity that both of our lives have brought. It sucked saying it out loud, but Elgin was super supportive. In or out of the wrestling world, this man is like a brother to me. 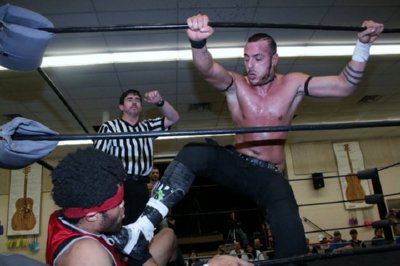 As I hung up the phone, and sat alone in that stairwell, I made a decision. I could either keep crying about it, or I could suck it up, beat this thing, get back in the ring, and be better then ever before.

So that’s what I did — I wiped my eyes off and went to the gym.

For the next nine months, I would find myself at The Princess Margaret Hospital on a bi-weekly basis, receiving a full eight rounds (16 sessions) of chemotherapy.

It sucked, I’m not gonna lie. Being a human pin cushion it no fun. Losing all of your hair, beard and eyebrows is a knock to your self confidence. But regardless of all the side effects, I kept a positive attitude. This is only temporary. A small detour. A glitch in the matrix.

Leading a healthy lifestyle had really helped my body cope with the chemotherapy. I cannot stress enough how important clean living, a proper diet and weight / resistance training is.

Squared Circle Live gave me the opportunity to speak freely at their event at a recent show. I spoke about where I’ve been and what I’ve been through. It came to shock to a lot of people, even most of my peers. With the exception of a handful of people, I kept this to myself.

During my speech, I was also able to make another announcement. As of February 10, 2014 – I WAS CANCER FREE! The reaction and standing ovation that I received from the Squared Circle crowd made this grungy, tattooed, tough-guy wrestler a little teary eyed. It felt so good to let it all out. Not only was I free from cancer, I was free from hiding.

My Twitter feed BLEW UP that night, over 500 messages within a couple hours! I have also been receiving a ton of media requests for interviews, articles and features. It’s crazy! I am put back by how many people are interested in my story.

Who knows, maybe my story can help someone.

Now I get my body ready to return to the ring, full-time, and better than ever.

My return match will be part of the First Annual FIGHT! 4 CANCER in Toronto, Canada on April 13, 2014. All of the proceeds from this event will be in support of The Princess Margaret Cancer Foundation — a small thank you for how great I was taken care of.

I encourage all of you to come out for a good time and a good cause.

Ashley Sixx is from Toronto, and was originally trained by Showtime Eric Young and Rob Fuego. Tyson Dux has been a mentor over the years as well.