Mat Matters: Has WWE management lost all touch with reality?!?

No matter how you try and spin it, what happened at the 2014 edition of the Royal Rumble was a debacle and it was all because of WWE Management’s stubborn refusal to accept that in the fans’ eyes Daniel Bryan is the number one star in the company.

This was never more apparent than towards the end of the Rumble Match itself when the fans in Pittsburgh realized that Bryan wasn’t even going to be allowed to compete and instead Rey Mysterio was given the number 30 spot. The fans chanted for Bryan and booed lustily, particularly when Batista ultimately won the match. It was so bad that reports from those who attended the event said that the WWE cranked up Batista’s music to try and drown out the booing. The WWE World Heavyweight Championship match between Randy Orton and John Cena wasn’t much better with fans letting everyone know how they felt. 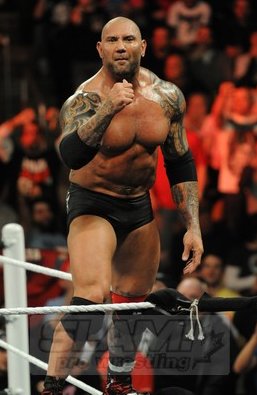 Should WWE Management make such a choice they would truly deserve to have that happen because continually denying what the fans want is just a stupid business decision.

Daniel Bryan is not just popular with the dedicated wrestling fan, but also children. At a recent WWE Live Event in Vancouver, BC back in December 2013, when the ‘Yes’ chant started all of the fans young and old were blisteringly loud in their support for Bryan. Bryan was so popular that by the intermission his T-shirt was sold out at the concession stand.

There is little doubt that WWE management never expected the fan support to remain as white hot as it has for Daniel Bryan. The expectation was likely that after having Bryan losing to Orton, and being the whipping boy for Bray Wyatt, that support would shift to Batista as the great hope to dethrone Randy Orton as WWE World Heavyweight Champion. Instead the support for Bryan has grown and not withered away, at least not yet.

It seems obvious to me that those within WWE management advising Vince McMahon, Triple H, and Stephanie McMahon have been telling them that Bryan is too small, that these chants will go away and that the fans will get with the program of supporting their prototypical choice of Batista or another large behemoth.

WWE management has no one to blame but themselves. They made this mess and still have time to change course and give the fans what they want, which is accepting that Bryan is the next flag bearer for the company. If they choose otherwise they’ll have to reap the consequences of those actions, one of which may be a whole generation of fans turning away from their product and focusing their attention and money elsewhere.