Troy Westwood gets his kicks from wrestling

Troy Westwood is known for his years as a football player in the Canadian Football League. He had faced the keenest of competitors that the gridiron had to offer for 18 seasons. Now, Westwood has taken on another challenge, professional wrestling.

Westwood, 48, stepped into the ring for his wrestling debut on December 4th for Canadian Wrestling Elite’s “Rumble to Remember” when he teamed up with Danny Duggan against Shane Madison and Adam Knight.

Westwood has been a fan of wrestling for many years. His first exposure to the mat game came as a kid as he watched his favourite AWA tag team, The High Flyers, comprised of Jim Brunzell and Greg Gagne, compete on the television each week. As a youth he attended local matches in Manitoba. 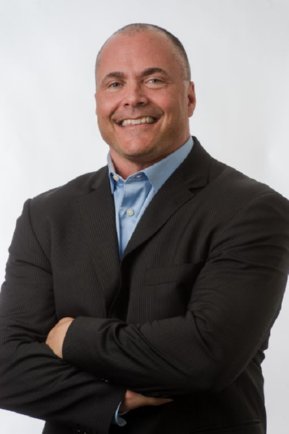 Once he was in college he could appreciate the effort and artistry of the wrestlers. “I enjoyed and found massive respect for the sport while in college,” said Westwood. “I have always had a bunch of respect for the combination of entertainer/athlete that wrestlers bring to the table.”

Perhaps it was those same qualities that Westwood emulated as a player for the Winnipeg Blue Bombers where he was known for his sure kicking leg and a comment or two that could not only rile up opponents, but entire provinces. After football Westwood has taken his vocal talents to the airwaves, hosting morning radio duties on TSN 1290.

While Westwood has been out of professional sports for six years, he was not worried about entering the ring because he has continued to train daily. “I train a lot,” he said. “I’m in the gym five days a week with cardio, core, and lifting. It is my addiction. I like to feel strong and like to apply functional strength to the sports I still play soccer and hockey. I will work out until I am in a grave.”

Westwood is accustomed to taking on challenges and the ever confident athlete was excited about his match. “I have always been intrigued to give wrestling a try,” said Westwood. “I met Danny (Duggan) and the boys, super good group of guys. They create an environment where I feel safe, surrounded by pros. I suggested a while back to Danny that maybe we should try a tag team type match, when he offered it I was all in.”

When asked if he had any concerns about competing with experienced professional wrestlers Westwood was cautious and enthusiastic. “No real concerns about being in the ring, but I am very aware of the potential for injury. I know I have to be very careful and contained with my movements.”

“I had an absolute blast with the event,” said Westwood. “Danny, Shane, and Adam are all such great pros. I think we put on a fun match for those in attendance, and the boys kept my safe.” Wearing Zubaz shorts and a black fanny pack Westwood was met with cheers from the fans. Soon Westwood removed the shorts to reveal a pair of neon green, tiger striped trunks. He was thrown, double teamed and chopped by his opponents but he never gave up. He even used the old kicking leg to down his opponents. At the end of the event Westwood and Duggan stood victorious in the ring.

Westwood was thrilled with being in the ring and completing another task from the proverbial bucket list. “It was an awesome life experience!”