When you’ve played a video game series for over a decade, at times you get the feeling of exhaustion with the title. Usually, this exhaustion is lifted year over year by the introduction of a new feature, control system or even a new console to play on. WWE 2K14 though, doesn’t accomplish this, but perhaps with good reason.

Allow me to explain. 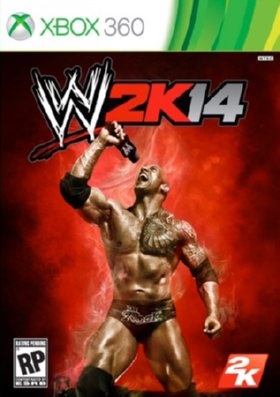 WWE 2K14 suffers, essentially, from two factors that are beyond the game’s control:

It is the first under the 2K banner, and while the development team remains largely intact, the sale of THQ is a huge distraction from time otherwise spent on innovation, and

This is a bit of a lameduck title, likely the last on PS3 and Xbox 360 before the new generation of consoles.

Now I say all this not because I dislike WWE 2K14 or think it’s worse than WWE ’13, its predecessor. Instead, I look at the two games as being very similar, a continuation if you will.

The big feature this year is the highly touted 30 Years of WrestleMania feature that brings a heap of WWE Legends back into the console (or bringing them in for the first time). The mode itself is quite tricky — I got up to WrestleMania VIII’s encounter with Ric Flair before losing for the first time, and usually in WWE games I breeze through full chapters.

That’s where WWE 2K14 starts to get a little different, truly. The AI that was touted to learn your play patterns in 2013 didn’t quite pick up as readily. For instance, I could use my Create a Wrestler to land a series of three clotheslines in a row before hitting a back heel kick. This time around? I’ve done that successfully four or five times through twice as many plays. So much for the five moves of doom.

What hasn’t changed one bit though are the controls, and I don’t mind that. Admittedly I’m a creature of habit — I like pick-up-and-play. I don’t like reading instruction books to learn a new system when I’m accustomed to a certain method to playing games, and that WWE 2K14‘s controls are the same made the transition to the new title more enjoyable.

The one spot I always go back to on WWE games is the Create a Wrestler mode. At times I’ll make fantasy wrestlers like a luchadore or puroresu star, or I’ll create superstars from across other promotions.

When I go into Create a Wrestler mode, especially in the moveset customization, I always look for new moves and I like what WWE 2K14 did this year by outright defining these in its own category. There’s still something lacking, however, and if I could put my finger on it, I would; perhaps it’s that there are two many movesets easily attributed to past superstars or those from other leagues, rather than strictly unique series of strikes, submissions and grapples. Creating a move set a la carte can be exhausting once you’re done, nevermind a custom finisher or two, so having a few more ready-made options that are unique would be a welcome change.

Now overall I’m not going to say I’m disappointed by WWE 2K14; after all, I did love WWE ’13 and this game ends up playing out most of the same way. Having said that, I think there could have been a couple things done differently.

But as I said off the top, WWE 2K14 is a bit of a lameduck game with the next gen more than likely entertaining us next year. So it back, enjoy WWE 2K14 and get ready, because WWE 2K15 may just be the best wrestling game you ever play.