Hell in a Cell: The usual suspects end up on top

Hell in a Cell took to the PPV airways tonight with many questions, but in the end, the answers were pretty standard. Read on to learn why.

We opened tonight’s PPV with the tag titles on the line while we learn that Big Show has a restraining order against him tonight.

Match 1 – The Rhodes Brothers vs. The Usos vs. The Shield

Pretty standard fare here to start, though we learn that Dean Ambrose will face Big E. Langston for the US Championship.

One of the more interesting tactics we see is as Goldust is being brutalized by Roman Reigns, Seth Rollins takes out Cody Rhodes and the Usos to prevent Goldust from tagging out. The first major pin attempt comes from the Usos to no avail. 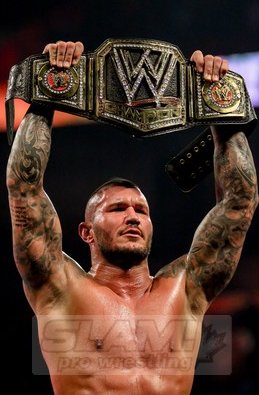 The big spot of the match — and likely the night — is Rhodes superplexing Rollins to the outside as both are on the top turnbuckle. The fall is broken by the other match participants. Crazy spot to say the least, and very unique!

Finish sees Cody hit the Cross Rhodes on Rollins after a schmoz in the ring.

Backstage, we see HBK and HHH chatting. No audio.

The Miz is next out and talks about what has been going on between he and The Wyatts. He then calls out Bray. Miz is more heelish, serious tonight which is a welcome change from his usual happy-go-lucky stuff. Bray appears on the TitanTron as his theme plays. Awesome. After the lights turn back on, Rowan and Harper assault Miz as a “We Want Bray” chant starts. The proceedings are interrupted though by a returning Kane. After a scuffle, Kane takes out both Rowan and Harper, then chokeslams Miz for no apparent reason. Odd… good but odd…

Before the match begins, Fandango gets on the microphone and cuts a promo on Miami before salsaing.

God, I am sick of Nattie being stuck in this “comedy” garbage. I’m just saying… On the plus side though, I believe this is Summer Rae’s first match in WWE and she looks pretty solid. The time in NXT has definitely paid off.

Unfortunately that’s about all that I can say that’s positive about this match. Hornswoggle is in desperate need of going back heel and maybe the re-made Leprechaun movie will cause this, because the humour stuff is dragging everything else down. Summer Rae ends up pinning Natalya to get the duke for her team with a Schoolgirl.

We then go to our expert panel of Josh Matthews, Kaitlyn, Dolph Ziggler and R-Truth. Nothing special so far.

Match starts out okay amidst the definite clash in styles. Big E gets busted open below his right eye at one point and looks menacing. Dean tries to escape to the back but Big E brings him back in. Another spot of the night candidate has Dean standing on the apron and Big E not only spearing him off, but flying out in a Tope Canadienese. Awesome.

The spot, however, results in Dean taking the count-out to retain. Big E isn’t happy about it and hits the Big Ending to cap off the interaction after the bell.

Ryback comes out first alone, before Heyman comes out on a sky jack. Not quite the same as the old WrestleMania carts.

Before he dismounts, Paul Heyman cuts a promo saying he’s the devil and Ryback will collect Punk’s cell while Heyman sits atop the cell. I don’t think we’re getting a Mick Foley spot but who knows…

Ryback finds a Singapore Cane (or Kendo Stick if you prefer) early, and then when Punk gains control he tries to introduce a table. Neat spot soon after as Ryback does three consecutive suplexes into a cage wall.

Some back and forth action follows before Punk gets his hands on the cane. After some more action Punk brings the table finally into the ring. Table sits on its side and Punk, with justice being poetic as it usually is, gets crotched on it in a bizarre spot. Ryback later ends up on the table and gets Savage Elbowed through it in a predictable spot. A cane shot later and Punk hits the GTS for the three count.

It can’t be over yet though… and Punk acknowledges that quickly as Punk shouts out that Heyman has nowhere to go, still atop the cage. Punk puts the cane in the back of his trunks and starts to ascend. Once up, he cracks Heyman repeatedly with the cane before, at long last, GTS’ing his former friend. This feud had better be over now. Not a great match, but it sufficed.

Before the match starts, Coulter cuts a promo on Los Matadores. It’s the most entertaining aspect of the match early. The only real highlight is Antonio Cesaro getting 31 rotations on the Big Swing. Later, Jack Swagger has the Patriot Lock on one of the Matadores who leg flips him into Cesaro (planting the seed for a breakup?) and soon after the good guys get the duke. Coulter ends up in the ring somehow and there’s some schmoz spots to finish the segment.

Cena gets heavily booed as he comes out. Welcome back indeed.

Del Rio goes for the arm quickly and it’s evidential early that Cena has a ton of ring rust. The result is a fairly uneven bout.

ADR tells the story most of the match by going after the arm. He gets the Cross Armbreaker on a couple times but Cena gets out each time, including a nice power-out spot. Finish comes after a couple signature move reversal spots, leading to the AA for the duke and the belt.

Next we get a Survivor Series commercial with a fantastic promo by Bray Wyatt. We then go up to the analyst table briefly before…

Crowd is fairly dead for this match. Brie just isn’t getting over as a face. Just turn AJ already and get this over with. Nicki and Tamina brawl on the outside at one point and soon after, Brie collides with Nickie, leading to AJ getting the duke with the Black Widow.

Backstage, the Prime Time Players are playing WWE 2K14 when Bob Backlund comes in. The result? All three do the “Millions of Dollars” dance. Okay…

Before the main event begins, we get another shot of HHH and HBK together, then a video recap of everything leading to the match.

Doesn’t take long for plunder to get involved as Orton gets the steel steps into the mix, stacking them up against one cage wall. Bryan reverses the steps for the poetic justice spot. Bryan later hangs Orton in the Tree of Woe. A little later, a mis-timed Tope Canadienese attempt gets Orton the advantage but it quickly slips as the two go into a back-and-forth run.

The cage comes into play more as Bryan takes a more solid control swing. He also introduces a chair into the mix. He introduces 10 more for fun (the sheep in the crowd naturally start chanting ECW). Orton takes control soon after and hits a superplex that lands just shy of the pile of chairs, but Bryan does appear to tweak his right leg in the stack.

After the spot gets a two-count for Orton, HHH comes down and distracts Shawn. He misses an Orton pin and more arguing results. After some more action, Orton goes for an RKO but Bryan shoves him off, into HBK in the standard ‘ref is down’ spot. With HBK down, Bryan hits the knee and covers. Trips comes in, ends up eating a knee from Bryan. HBK then Superkicks Bryan, giving Orton the opportunity to go for and get the three count.

At this point, the crowd is dead silent.

Well, once again Cena and Orton are on top in WWE. There goes any thought of new blood breaking through the glass ceiling.