“I didn’t realize until I got to the arena how big it was,” Kai said, referring to the initial event at New York City’s Madison Square Garden. “I had done a lot of TV at the time, and I just thought that it would be another TV.”

Some might say that Kai’s match at the first WrestleMania was extra special, because of the celebrity involvement. After all, her match was second from the top and it was really the first and only time that a women’s match was pushed as a main event at a WrestleMania.

Cyndi Lauper was just starting to make a name for herself in the music industry, and she accompanied Wendi Richter to the ring, with The Fabulous Moolah in Kai’s corner. (Kai had been one of Richter’s trainers.) It’s been said that that WrestleMania appearance might have helped Lauper’s career just as much as she helped make WrestleMania what it is.

“I thought that it was exciting to have them (celebrities) involved. It was a very unique concept at the time,” Kai said. “Cyndi added a lot to the event. I have always thought that she was very talented and she did a great job that night.”

Around that time, the WWE introduced a new face of women’s wrestling, Alundra Blayze, who had previously been seen in WCW, AWA and All Japan Women’s Pro Wrestling as Madusa Miceli. But in order for Blayze to shine at WrestleMania X, she needed an opponent who would bring out the best in her, and vice versa. Re-enter Leilani Kai. 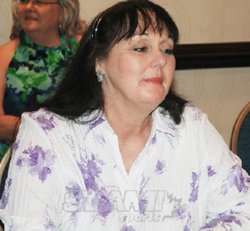 “I’ve watched the match many times. When I am teaching my wrestling classes now, I show it. It was a great honor to return to WrestleMania; something that I’ll never forget,” Kai said. “Madusa was a very good wrestler. She worked very hard and it was great to compete against her at WrestleMania.”

Fast forward to the current year, and even though professional wrestling isn’t the same as it once was, it is still very much a part of Kai’s life, just as it has been since 1976, when she debuted after training with Moolah.

“Pro wrestling is always changing. That’s a great thing. You can be the best today, but by tomorrow, you may have to change your style to adapt. That’s one of the greatest things about wresting; it’s always a challenge,” Kai said. “It’s the greatest sport in the world.”

Kai has wrestled a few matches this century for the NWA, and she’s also trained some of the hot young prospects on the current indie scene such as Amber O’Neal and Tatevik the Gamer.

And now, as the world gets ready for WrestleMania 29, Kai is looking forward to the future of women’s wrestling — and will be attending the event at MetLife Stadium in East Rutherford, NJ.

“I do follow the current product. I have to keep up with the style of what’s happening in the ring, so that I can train students for that,” she said. “There are some tremendous female wrestlers involved in the sport today. I encourage everyone to support ladies wrestling and take a look out there. There is some great talent wrestling.”