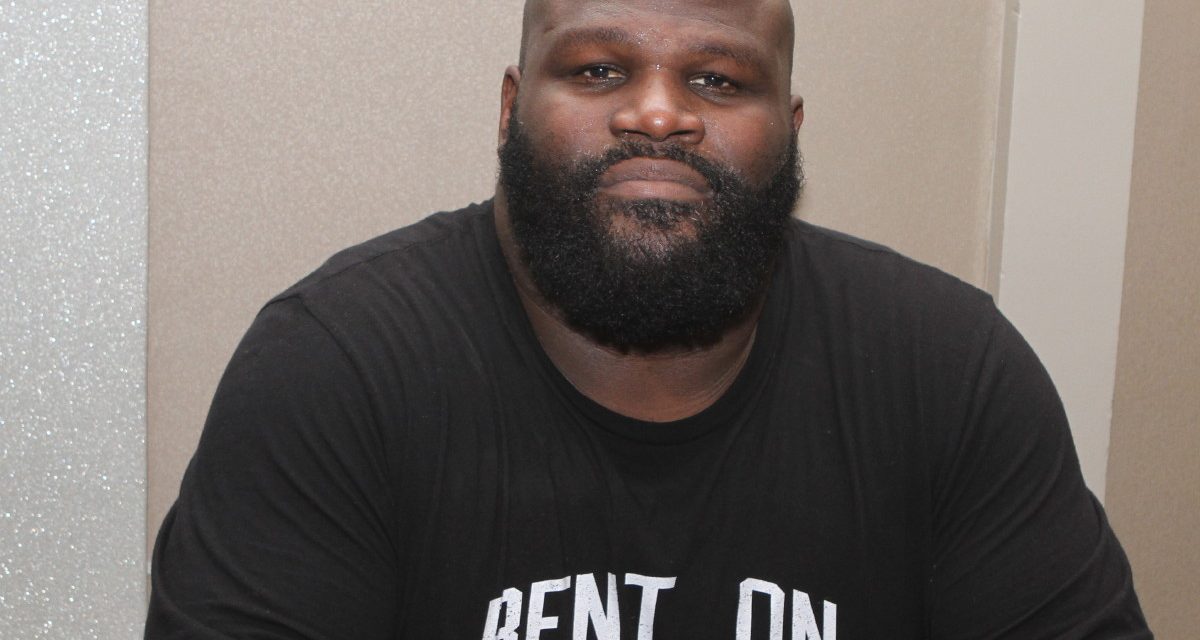 Looking down the WWE roster, only The Undertaker has been with the company longer than Mark Henry. That longevity was severely tested recently for Henry, who suffered a shoulder injury that had him on the shelf for nearly nine months.

From May 2012 until February 2013, Henry was off TV, but he certainly followed along at home while rehabbing.

It was “definitely frustrating” sitting on the sidelines, he said. 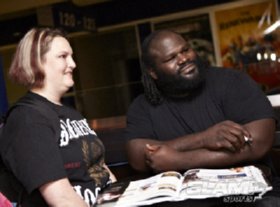 Mark Henry poses with a fan at the Royal Rumble Fan Axxess in January 2013 in Phoenix. Photo by Andrea Kellaway

“Sometimes out of sight, out of mind. I had a long, illustrious enough career that it’s hard to forget Mark Henry, but guys don’t want to be gone that long because you’re only making money when you’re working,” Henry told SLAM! Wrestling. “And you’re only going to be remembered if you’re able to get it done over a long period of time. I’ve watched a hundred flash-in-the-pan wrestlers come in and go out, and nobody thinks about them.”

Henry’s bum shoulder was actually more than that, he revealed.

“My shoulder was an accident, and a little bit of stupidity on the side,” he admitted. “Once it was hurt, I didn’t go get it fixed. I just kept on wrestling on it and making it worse and worse and worse, until I put some fray on my biceps tendon. My rotator cuff and labrum was torn, and I started to get decay on the bone. That was a lot of the reason I was out for six months is because of the damage that was done to the bone. It took three months for that just to heal on its own. I just have to be smarter and do the right thing.”

Given his age — he’ll be 42 this June — Henry said it was a challenge to get ring-ready again. “I rehabbed unbelievably. Like an older guy does. I have to work harder. I’m not as pliable as I used to be, so I really have to put the effort to keeping my body in good condition.”

It has been quite the ride for Henry, originally from Silsbee, Texas, who grew into the World’s Strongest Man. His powerlifting, weightlifting and strongman feats are no gimmick, but the real thing. He competed for the United States as a weightlifter at the 1992 and 1996 Olympics, though he didn’t medal, and was a national champion in powerlifting. Henry set records in squats, deadlifts and total weight over the years as well. 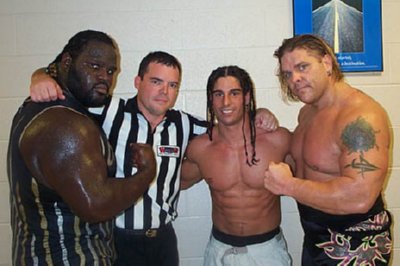 His fame is such that he was in the International Sports Hall of Fame’s inaugural class of 2012. This year, retired wrestling legend Bruno Sammartino is among the honorees.

“It means a lot to have the International Sports look and say you’re of significance to sports, not just your sport, but sports, period,” said Henry. “It’s unbelievable, for me and Bruno both to be inducted year to year, that says a lot for the business of sports entertainment, and it also says a lot to correlate strength sports with professional wrestling or sports entertainment.”

A wrestling fan growing up, he knew he wanted to get into the sport at some point. In 1996, after the Olympics, he made the leap, fully aware of strongmen turned wrestlers like Paul Anderson, Bill Kazmaier and Ted Arcidi. “I knew who everybody was. I’ve always been a competitor,” he said. “I wanted to have the best career of everybody. I am on the way right there.”

Sent up to Calgary, he was trained by Leo Burke in Bret Hart’s home.

“Leo helped me with being responsible, knowing that somebody else’s life is on the line when you’re in the ring,” said Henry. “Even though you’re out there trying to become the most popular guy you can become, you don’t take liberties on people’s lives, and to respect the business. I learned the old-school way.”

In his early days on WWE (then WWF) TV, Henry was pretty one-dimensional. With the Sexual Chocolate persona during the Attitude Era, we got to see more of Mark Henry, the character. He has had to reinvent himself a few more times, and is proud that most of it came from himself.

The idea is to keep his character fresh. 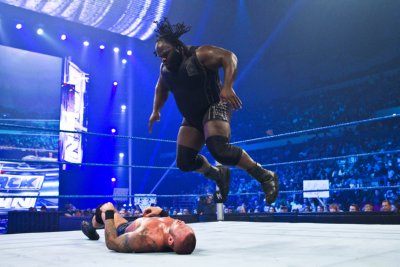 Looking back, he is most comfortable with today’s “Hall of Pain” Mark Henry.

“I definitely liked the Sexual Chocolate and being the World’s Strongest Man, which is not something that’s made up. It’s real. I earned that. I bled for that. I used my talent as the strongest man in the world and took a chance on, ‘What if I had lost?’ If I had lost, there wouldn’t have been that part of my life. I couldn’t lose. For me to go and risk my livelyhood in professional wrestling by challenging the top seven strongest men on the planet, and saying, ‘I can still beat ya’ll,’ and then going and doing it, convincingly, is a credit to my mettle. I’ll always take pride in that first.”

Having been with the company so long, he has seen people come and go.

When asked about newcomer Big E Langston, who looks to be one of the strongest challenges for Mark Henry strength-wise on the roster, he dismissed him with a basketball comparison.

“He’s a big guy, but I was the strongest man on the planet,” he stated. “I don’t think that Michael Jordan is worried about what John Wall is going to do. John Wall was a first-round, first pick overall, unbelievable player; one of these days, he might make an all-star team. But until he makes an all-star team, until they put him in the same breath as Michael Jordan, Big E Langston is not ready to be spoken of.”

But Henry is more than happy to talk about The Rock, a man who was in the Nation of Domination faction with him and went on to become one of the greatest stars ever in the industry.

Having The Rock back in the WWE, for the Royal Rumble to WrestleMania 29 run, has been “a great boost” for WWE. “It’s good for business. He’s a good talent. He loves what we do — he’s not doing it for a photo op.”

Like The Rock, Henry is pretty confident in his own abilities and his legacy.

“To be able to have a tenure like that is a credit not just to my physical prowess, but the fact that I’m more to the industry than just an in-the-ring talent. I can translate to office and marketing and being responsible, doing the media, and getting the right thing and the right message across. I take a lot of pride in that.”

Asking readers for questions can lead to some unique answers from WWE superstars. “What was his favourite meal when he was a kid growing up?” asked Mickey Desadist of Hamilton (and singer of the Forgotten Rebels).

“I’m pretty easy. I liked fish, I liked fried fish. I like green beans, I like broccoli, I like steamed spinach,” started Henry, challenged on actually liking his greens as a kid.

“I’ve always liked vegetables growing up,” he responded. “The only thing that I really didn’t have a taste for was eggplant. I was forced as a kid to eat eggplant every now and then, and there was a lot of eggplant stuffed in my pockets.”

Greg Oliver, the Producer of SLAM! Wrestling, has been writing about pro wrestling longer than Mark Henry has been in the WWE/WWF … not that that means much. Greg can be emailed at [email protected].