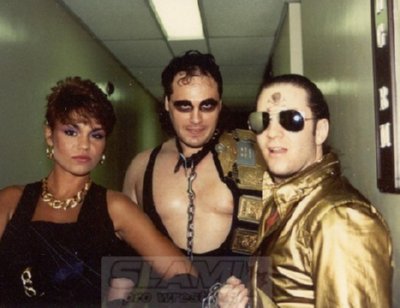 It was widely reported today across the wrestling community, including on this website, that D.C. Drake, a well-known wrestler, booker and promoter in the Northeastern United States from 1980-1992, had died. The reports were incorrect.

Though attempts by this writer to contact Don Drake — a.k.a. D.C. “Mad Dog” Drake — have not come through as of yet, his sister, Carlee Stackhouse, has taken to Facebook and Twitter to correct the reports.

“He is my Brother and he has NOT passed away. Please put these rumors to rest,” she wrote on Facebook, and repeated the assertion on her mostly-inactive until today Twitter account (@CarleeLu).

Ex-wrestler Paul “Concrete Cowboy” Swanger, who wrestled and promoted with Drake, confirmed the news at 1wrestling.com: “I spoke with his sister just a few minutes ago and she assures us that Don is alive and well.”

During most of his career, Drake, dressed in leather with mascara all around his eyes, was a heel, inciting the crowds. He would pop an Alka-Seltzer into his mouth to create foam in his mouth, like a rabid dog. “It’s a way of blowing off steam. I enjoyed it,” Drake said in 2005 to the Fall River (MA) Herald News. “In 1989, one wrestling magazine voted me one of the top 10 most hated villains, a list of the 10 wrestlers who must be banned. I remembers telling my mom, ‘You sent me down the wrong path.’”

Away from the ring, Drake is an addiction counsellor and also works with those suffering from HIV/AIDS and Hepatitis C. He has faced numerous health challenges of his own, including four heart attacks.

Greg Oliver takes full responsibility for the report on SLAM! Wrestling and apologizes for an harm or grief it may have caused. Greg can be emailed at [email protected] 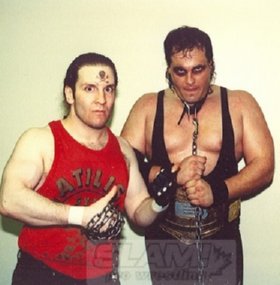