“Cowboy” Bob Kelly is saddened that he couldn’t be at the funeral of his long-time partner, Bobby Fields, who died Saturday, August 13, 2011, at age 77. But when he gets home Thursday, he’s planning a trip to the grave and a visit with the family — the first family of wrestling in the Gulf Coast area.

“We went over a million miles together in the car. I was him more than I was with my wife. We never had one minute’s trouble, no arguments at all in all that time. He was just great to be around,” Kelly told SLAM! Wrestling from Seattle, Wash., where he was attending a reunion on the opposite end of the country. 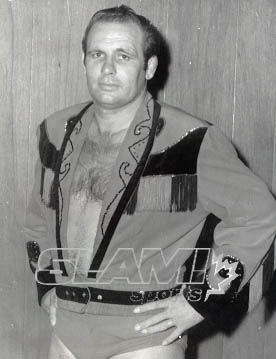 Kelly and Fields were NWA Gulf Coast and NWA Mississippi tag team champions on multiple occasions. “Him and I worked as tag team partners so many times. We knew exactly each other’s moves and we worked out routines and things that we could do,” said Kelly. “It was just one of those things, you run into people every now and then that you’re just a natural with, and he was one of them.”

Given his pedigree, perhaps “natural” is another word for Bobby Fields.

He was born Luther Eugene Hatfield on March 3, 1934 in Osage County, Okla., one of three sons of Virgil “Speedy” Hatfield, a legendary referee. All three, Lee, Don and Bobby Fields, got hooked on wrestling at an early age. “We just grew up around it,” Bobby said in The Pro Wrestling Hall of Fame: The Tag Teams.

Lee was the oldest of the three, with Don and Bobby arriving in rapid-fire succession in the next two years. The brothers trained with old-timer Charlie Carr to learns the points of the craft. Lee’s first match was in 1950. Four years later, he moved to the Mobile, Ala. territory to work for cousin Buddy Fuller (Edward Welch). “We got to wrestling and when we got to Mobile, we liked it real well. So we bought a ranch and just stayed there,” Lee explained in the Tag Teams book.

Lee acquired the Gulf Coast promotion in 1959 and, with his brothers, soon dominated the tag team division. “We were all very close and we all knew each other’s move very well,” Don said.

“In the ’50s and ’60s especially, he was more of a tag wrestler. He teamed with Don for the majority of the ’50s. Now, when he first started in Mobile, he started in Mobile in ’54, and Lee was already a big hit there. Lee was the first one in. He came in in ’52, late ’52. Then Don came in in ’53, but Don used the name Don Lane, because he didn’t want to be associated with Lee as far as they didn’t want the fans knowing that. That didn’t last very long, probably five or six months, they let it out that he was Don Fields. Then Lee and him teamed up.

“Then Bobby came in in ’54, same situation. He worked under the name Bobby Star. Then probably by the end of the year, they let it out that he was Bobby ‘Star’ Fields, they let it out that he was Lee’s brother as well. He and Don teamed all over the Gulf Coast territory, and up into Tennessee, held the World titles, the Southern titles. After Don’s car wreck, he started teaming with Lee. They teamed off and on for about two years, then him and Kelly started teaming up.”

Norris said that Bobby, who also worked as Luke Fields, stood out from his brothers with a different style.

“He was the flyer of the family. He did the headscissors, headlocks, all that stuff. He could mat wrestle and he could brawl too, but he did more of the aerial type stuff than Lee ever did,” said Norris. 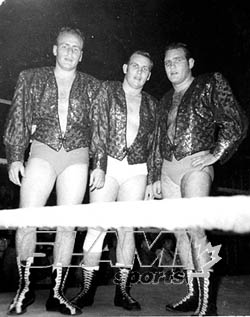 Lee Fields became an icon in the territory, and would draw houses when he came out of retirement.

But Bobby was a hit too.

“Bobby was popular as well, and I guess it was because of his ring style and everything,” said Norris. “He was quiet. Of course with Lee as his partner for many years, and teaming with Bob Kelly, he never got a chance to say anything anyhow.”

Kelly said that he and Bobby made an effort to be nice.

“He made himself available to the fans, all the time. When we would work a match and when it was over, even if it wasn’t a main event, say it was a semi or whatever, we would stick around until after the match was over and talk to the fans and answer their questions and sign their autographs and all that stuff,” said Kelly.

Individually, Bobby had many runs with the Gulf Coast, Louisiana State and Mississippi State singles titles.

Away from the Gulf Coast territory, which had two main hubs/areas, Mobile, Ala.-Pensacola, Fla., and Dothan, Ala.-Panama City, Fla., and the rest of the Florida territory, promoted out of Tampa, Bobby Fields wasn’t all that well known.

In part, that was because, for a time, he worked under a mask as The Infernos with brother Lee, claiming the Southern belts in Tampa in 1968. 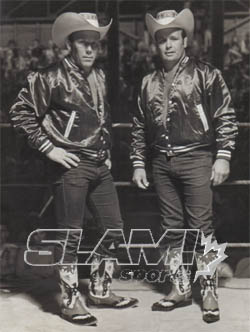 Kelly said they had all they needed in the Mobile-based territory.

Fields wrestled until about 1979, a short while after his brother Lee sold the Gulf Coast territory. Two of his sons, Randy and Shane, became referees.

After wrestling, he worked on the family ranch, and was heavily involved in the Gulf Coast Wrestlers Reunion each year in Mobile in March.

Bobby Fields, who died Saturday, August 13, 2011, is survived by his wife, Evelyn Hatfield of Loxley, three sons: Randy Lynn, Anthony, and Bobby, one brother, Don, as well as 13 grandchildren and 15 great grandchildren. He was preceded in death by a daughter, Cynthia Renee Wilson.

The funeral service is Wednesday, August 17, 2011 at 10:00 a.m. at the Mack Funeral Home Chapel in Robertsdale with interment in Jubilee Memorial Gardens in Daphne.