Mat Matters: Why calling wrestling fake on the air should be cause for firing

The month was September of 2000. I was a junior in high school. Since the summer of 1996, my friends and I had gathered for WCW pay-per-views. By 1998, wrestling had got red hot and we also would gather for WWE events. We had so much fun and so many memorable moments together. How was it now impossible to get all my friends together for a wrestling show?

Months had passed since the last time we gathered for a show, but it was in September 2000 that I realized that there would be no more gatherings. I understood that WCW was getting thumped in the ratings, but WWE was still on fire. Why weren’t my friends even interested in gathering for WWE pay-per-views? 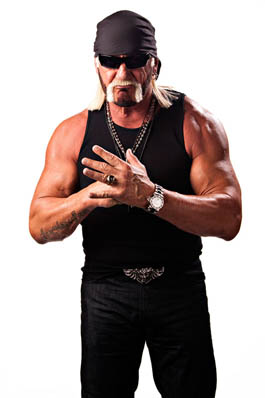 My friend group was made up of WCW fans. Based on the interest in WCW, everyone followed WWE, as well, and wanted to watch their big shows. Once WCW became an afterthought, there was little interest in WWE.

But why could I no longer get my friends to watch WCW?

It bugged me, so I asked several of them. A few of them had just moved on from wrestling. Fair enough, people move on. But most of them said they had watched parts of Nitro shows throughout the summer and thought it was stupid. Wrestlers were talking about planning matches on the air.

Even when wrestling was at its peak with my friends, I took things a step further and followed wrestling online. As such, I loved Vince Russo. I understood his insider references and treasured them. It was a reward for those who paid close attention. I thought the WCW shows he booked were so deep and such an improvement over the product before he arrived.

But something was missing.

I was entertained by Russo’s television shows, but I would often miss Nitro if something else came up. It didn’t bother me. This never would have happened two years earlier. Also, the thought never crossed my mind to save up to buy a pay-per-view on my own. There weren’t really any matches I was dying to see.

From the day Vince Russo started booking WCW, not one of my friends cared to see a pay-per-view. There was never any buzz around school about any WCW wrestlers.

Since Russo started writing the shows, they would break character on the air and talk about behind the scenes events on the air. Suddenly, WCW was embarrassed to treat its own show as real on the air. Since they were admitting the show was fake on the air, there was no desire to see any particular matches.

While we all knew wrestling was not real a few years before, we either legitimately believed individual wrestlers were tough or allowed ourselves to suspend our disbelief and get caught in that world. One example was Bill Goldberg.

People forget that WCW was on the decline when Goldberg became a hit. I remember because I wanted to keep my friends interested and Goldberg was the only wrestler they cared about. Even some of the dads bought into Goldberg because he seemed so destructive and intense. The character and the real man became mixed.

In the summer of 2000, WCW made clear on the air that Goldberg was difficult to work with and did not want to job to other wrestlers when the script called for it.

There it was. The last draw WCW had was now dead.

It was clear that Goldberg did not have such a great record because of his strength, intensity, and toughness. He was just an actor playing a role. There was no need to drop $30 to watch him play his part in a “performance.”

WCW had gone from an organization that signed matches between dynamic and aggressive competitors to a show about a scriptwriter who had to deal with the headaches of actors who would go along with the script. There were no longer any stars. There was certainly nobody I knew would pay to see.

I was set to write a column praising the positive changes in TNA since Hulk Hogan and Eric Bischoff joined the company. I still have that list of positives and it might be a column for a different day. But on Thursday, I caught a speech from Hogan on Reaction.

Hogan explained that from that point forward in TNA, it would all be about who drew ratings, who entertained, and who drew money. It would not matter how many fake titles wrestlers won.

My eyes just rolled and I turned the show off.

It wasn’t controversial. It won’t create cash. It won’t create some buzz that works out financially for TNA. It is a stale approach that failed and killed a national promotion ten years ago.

Admitting that wrestling is fake on the air makes no sense for a wrestling company. Why would fans possibly want to watch matches that are not even treated as real during the show? Why would fans want to pay attention to interviews that are admittedly scripted?

According to this (old and stale) approach, fans are supposed to think everything that happened in the past is fake, but the events happening in front of them at that second are real.

Problem is, this concept makes no sense. I will give a hypothetical example.

Say Matt Morgan gets called into Hogan’s office and told that he is getting released because he isn’t drawing high enough ratings. Morgan responds that he has an extraordinary win-loss record. Hogan says that a fake record in fake wrestling matches doesn’t matter. It is all about drawing numbers. Morgan walks away angry.

Weeks later, Morgan comes through the crowd and attacks Hogan’s cronies because he is angry about being fired. A match is set up between Morgan and Abyss on the next pay-per-view to settle it.

Someone in TNA could retort by saying that my example never took place, so they do not need to defend it. The problem is that different versions of that scenario have taken place since Russo booked WCW and TNA, and are now continuing.

Fans are not going to buy into any wrestlers’ storylines if a promotion acts like wrestling is fake on the air. If it is impossible to draw money with professional wrestling in the year 2010, then TNA should just stop and owner Panda Energy should throw money at something else.

Wrestling is built around stars. TNA will never build a star if it does not end the practice of being embarrassed about being in the wrestling business. TNA needs to stop ruining its own show and turning viewers off by taking them out of the moment.

It is true that wrestling is down right now. I considered writing an article with a broader outlook on how wrestling can recover. But, this article had to be written. Before the patient can get better, the bleeding has to stop. I have a suggestion to stop the bleeding.

Treating its product as legitimate on the air is the number one thing TNA must do to be successful. It is more important than increased advertising, going live, adding talent, or product awareness. All of those things will not matter if they treat their product as fake on the air. If more people tune in and see the wrestling described as fake on the air, those people will tune right out.

I am asking Dixie Carter, Eric Bischoff, and anyone else in a position of power to save wrestling from a self-inflicted death. Ban the use of treating the product as fake on the air. Make those who violate this rule accountable. Make them pay for it with their jobs.