With its focus on wrestlers who could actually wrestle, and on the good works that wrestlers do outside the ring, the George Tragos/Lou Thesz Professional Wrestling Hall of Fame induction class for 2011 is one that can stand against any in the institution’s history.

Entering the hall of fame as wrestlers are Dory Funk Jr. and Bob Marella, better known as Gorilla Monsoon. 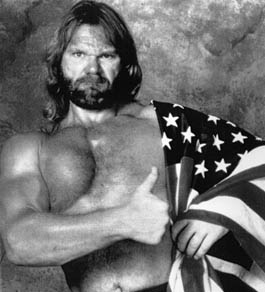 The Frank Gotch Award, for bringing positive recognition to professional wrestling through work outside the ring, will go to “Hacksaw” Jim Duggan. Announcer Jim Ross gets the Lou Thesz Award for taking the skills of professional wrestling into the realm of public service. For his work in pro wrestling journalism, Scott Teal will receive the Jim Melby Award.

“The Class of 2011 might be our most diverse class — and one our most appealing for fans,” said Kyle Klingman, director of the National Wrestling Hall of Fame Dan Gable Museum in Waterloo, Iowa. “The addition of the George Tragos Award, given to a mixed martial artist [Pat Miletich] who excels in wrestling, adds to the scope of the hall of fame weekend. This is our biggest event of the year and we are extremely pleased with our six honorees.”

Funk Jr. is joining the family in the Tragos/Thesz wing of the museum, and it will be his first visit there.

“I really consider it an honour, especially considering the quality of the other wrestlers that are already in the Hall of Fame. Especially the honour of going into the Hall of Fame where my brother, Terry Funk, is already there, and my father, Dory Funk Sr.,” the former NWA World champion told SLAM! Wrestling.

Being inducted after his brother isn’t an issue, he stressed, and professional jealousy with Terry was never the case during their careers. “We never did get into that as wrestlers or to date. It’s just an honour to be in the same place he is. Our styles were quite different. Terry was a brawler and I was a wrestler, but when it came down to it, I could brawl and Terry could wrestle. We built our careers differently. I’m just honoured to be in the same place as the rest of the family.”

“It’s a huge honor, just to be considered for something like that. It came totally out of the blue, I didn’t know they had nominations or whatever. I got a call from Jerry Brisco. I was flabbergasted, just really, really surprised,” he said.

Brisco, who has worked with Duggan for years in the WWE, felt Hacksaw was more than deserving. “We went through a list of guys. I’ve always respected Jim. He’s a heck of a guy on top of being a talented guy. The adversity stuff that he’s gone through with the cancer and everything. I was aware of some of his out-of-the-ring stuff that he was doing. I just figured he’d be the right guy for it. He deserves it. He’s a good man. A lot of times, guys like that get overlooked.”

Duggan is looking forward to his first trip to the Hall of Fame, which is surprising since he has been going to Des Moines yearly for the Variety Telethon. That charity is just one of many that he has supported through the years.

“I’ve always enjoyed it. It’s a labor of love, the charity work I do. I do hundreds of hours a year with different charities throughout the country,” Duggan said. His two teenage daughters and his wife, Rebecca, are heavily involved too. “It’s just a family thing, something we enjoy, and not too many people know about it. That’s one of the reasons it was such a surprise to hear from Brisco.”

Brisco, currently a talent scout of the college ranks for WWE, was a factor in Jim Ross getting the Lou Thesz Award as well. “I was glad to have a hand in that. I can’t think of anybody better to be associated with that award than J.R.,” said Brisco. “He’s done so much for everybody, and helped so many guys advance to become superstars.”

In an email, Ross said the award is a “huge honor for me and one that is humbling to say the least. Yes, it will be my first trip to Waterloo and one that we eagerly anticipate.” 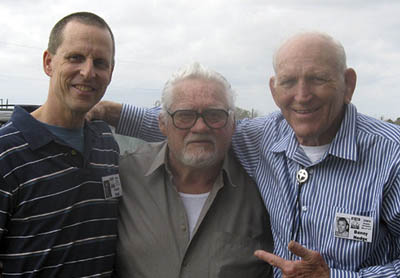 For Teal, it’s an opportunity to see some old friends and perhaps do some research as well.

“Ever since I discovered professional wrestling in 1968, my passion has been to research and write about the history of the sport. I’ve been blessed to be able to do that, and to be honored with the James Melby award is the icing on my cake,” Teal said.

The George Tragos/Lou Thesz Professional Wrestling Hall of Fame weekend will take place on July 22-23, 2011, in Waterloo, Iowa. The weekend includes a celebrity golf tournament, a professional wrestling show, wrestling seminars, a wrestling round table discussion, an autograph signing, and an induction banquet.