Over the last number of years, I’ve had the good fortune to interview Chris Jericho on a number of occasions. Flip through the story archive here on SLAM! Wrestling and you’ll see three or four stories from articles I did featuring the man once known as Y2J.

So the recent opportunity to speak with Chris about his new bio DVD, Breaking the Code, was one that I couldn’t pass up, naturally. 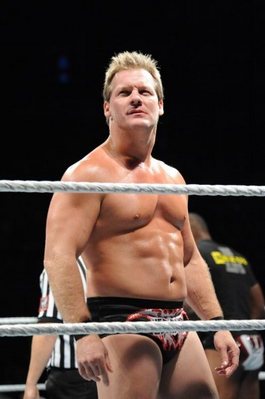 Chris Jericho in Toronto in September. Photo by Mike Mastrandrea

The interview, however, was a bit different than past times I’ve spoken with Chris, as rather than being the superstar anxious to main event at the Winnipeg Arena or getting ready to launch a new CD with Fozzy, Jericho was in reflective mode on his career. It was definitely a matured version of the man who once called himself the Ayatollah of Rock-and-Rollah, true to the statements he has given in promos since his return to WWE after a couple years hiatus.

It makes sense, though, this was a time to be reflective. It was just under a week prior to Jericho’s being written off TV when I spoke with him, and a decision on a new contract still up in the air (as it remains to be today, or at least as far as we know). If, in fact, this was the end of the line for Jericho in WWE, then Breaking the Code would serve as a last documentation of his incredible run in wrestling.

Of course, this begged the question – what took so long?

On the message boards I frequent, any wrestling DVD talk always came back to the plans for a Y2J compilation, and why there had not yet been one produced by WWE.

Jericho didn’t have the answers, but he had speculation.

“You’d have to ask them,” he said when asked. “I think maybe it had to do with the fact that I was a heel and they thought maybe it wouldn’t sell as well.

“All I know is that when they finally came through with it and wanted to do it I was more than excited and wanted to make sure it was the best possible DVD we could have.”

Certainly, if you read reviews around the ‘net, there is strong sentiment that Breaking the Code is one of the best compilations WWE has produced. There is a strong mix of a great biography and stellar matches, with a couple rare bouts and highlighted promos to boot.

Jericho attributes this to the plethora of tape available.

“This thing has so much appeal because there’s so much footage they could use,” he remarked. “Of my 20 years, they have 15 years of stuff, and the stuff they didn’t have we still got a couple match in, one from Japan (vs. Ultimo Dragon) and one from Alberta, my first one ever.”

Not surprisingly, there was a strong amount of WCW footage included, as well as canned interviews from the likes of Eric Bischoff. Jericho definitely wanted this footage included, no questions asked, in his bio DVD, despite the way things ended with the company. 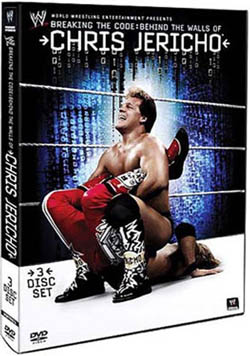 “That’s old news now. My first book and now my second book especially talk about that,” he said. “That was a time when everyone was crazy, and it didn’t end that bad actually. When Bischoff came to WWE, we talked two weeks after and thought, ‘What were we so angry about anyway?’ It’s very much a part of my career and is a big part of why I got to WWE in the first place.”

The WWE matches themselves are nothing short of stellar picks, including bouts with the likes of Triple H (the “phantom” title victory no less) and Kurt Angle, who has seemingly become a staple of all bio DVDs.

So Mr. Jericho, were these matches chosen for their superior match quality? Their importance in your career? Just for kicks?

Regardless of what happens in Chris Jericho’s career from here on in, fans now have a very distinct way to look back on 20 years of one of the greatest competitors the industry has ever seen. We can all take the opportunity to, like Chris has done, sit back, relax, and reflect on an amazing time in pro wrestling.