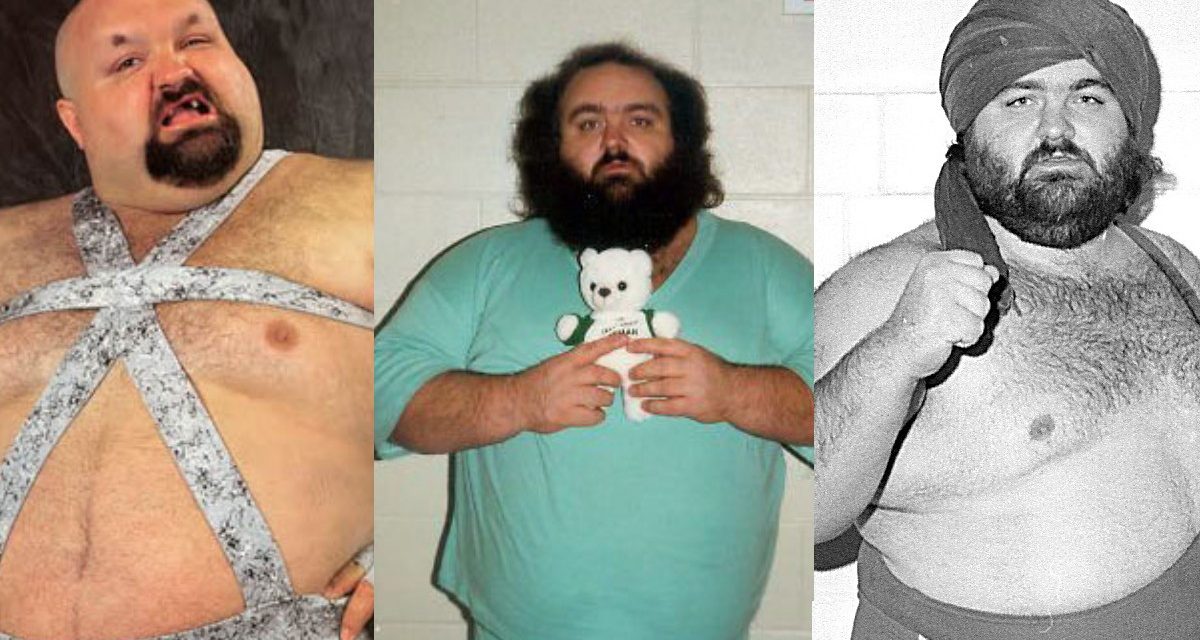 Much like most people who attended Northern Michigan University, I knew Mike Shaw before I coached his son’s team. Mike was in charge of security for several years at a popular bar in Marquette. College kids who had a few drinks in them and remembered Mike from his wrestling days would approach him and want to talk wrestling. Mike would play along, but his favorite conversation was sports. 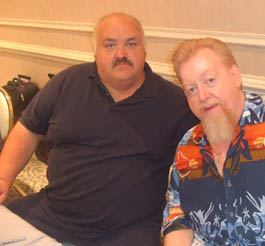 Mike Shaw and Sir Oliver Humperdink at a fan fest in 2006. Photo by Shuhei Aoki

Mike followed the high school football scene in Michigan’s Upper Peninsula very closely. After a state semi-final football game held in Marquette’s Superior Dome, I met a friend at the bar Mike worked at. As usual, we broke into a conversation about high school football. Mike was unsatisfied with the football program at Gwinn High School where his son went to school. The lack of motivation to build a winner bothered Mike, as he could not stand seeing his son suffer through defeats.

A year later I found myself coaching that team. The Shaw family was gracious enough to host team breakfasts. Mike would joke around with the players and coaches and seemed to enjoy hosting the events, while his wife and daughter would work hard filling the bellies of the team.

Anyone who knew Mike Shaw knew his strong sense of humor. He had a unique ability to offer up the most dry and sarcastic remarks, without cracking a smile. The audience around him could be in tears laughing, and Mike could keep a straight face.

I smile thinking about it.

Mike Shaw was also the most direct person I have ever met. If he had an opinion on something, he spoke up. When Mike saw incompetence in the school’s athletic program, he spoke up. I’m not saying that I agreed with Mike Shaw on every issue, but I always respected the way he spoke his mind.

The Upper Peninsula of Michigan has a unique culture. It is part of Michigan, but is separated by a bridge from the rest of the state, and is culturally very different from the rest of the state. Yoopers (as Upper Peninsula residents are called) are known for liking beer, hunting, fishing, and high school sports. When a Yooper becomes famous, such as Michigan State basketball coach Tom Izzo or former NFL coach Steve Mariucci, the entire Upper Peninsula takes pride in it. Mike Shaw was Gwinn High School’s most famous graduate.

I am not going to claim that Mike Shaw and I were extremely close. I coached his son and gave it everything I had. I have friends who knew him much better. But I can say that Mike Shaw was a decent man with a great sense of humor, who more than anything, should be known for the love he had for his family. He will be missed.

Matt Johnson, the weekly SLAM! Wrestling writer for WWE Superstars, is a resident of Michigan’s Upper Peninsula. He coached Mike Shaw’s son Josh in 2007. Please keep the Shaw family in your thoughts and prayers. Matt Johnson can be e-mailed at [email protected].