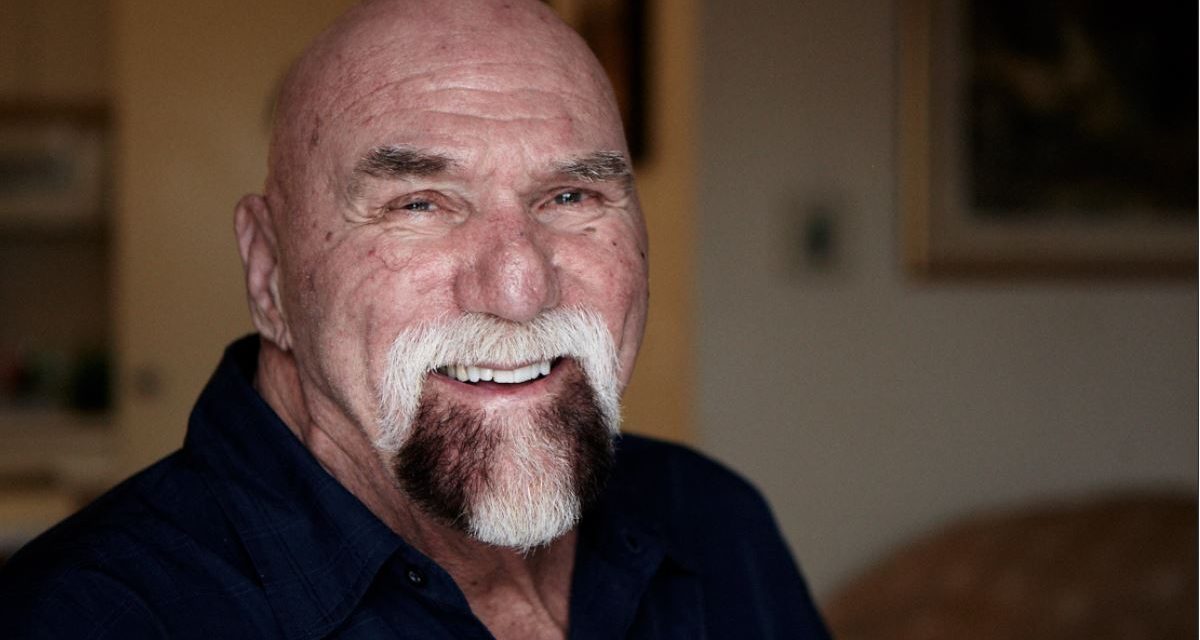 Bang! Bang! It’s another shoot series that hits its target, this time the Timeline: The History of the WWE DVDs from Kayfabe Commentaries.

On the disc examining 1987 — perhaps the most significant year for the WWF — we’re joined by the Honkytonk Man, who’s a pretty funny and observant guy. Unlike people like Bret Hart, Honky doesn’t treat pro wrestling with the reverential seriousness of, say, world hunger. He can share a laugh at its expense, and considering the number of weird characters that have always been a part of the business, it’s not as if he’s ever short of material.

Honky manages to take a bit of the shine off of the industry’s biggest babyface, Hulk Hogan, delivering a rather comical tale about the only times Hogan, who kept himself isolated inside his own personal dressing room, ever mixed with the boys. According to Honky, Hogan usually only ventured into the general dressing room when he needed to relieve himself on the crapper, much to the chagrin of the wrestlers who’d be forced to put up with the overpowering stench.

The light of reality also shone on “Million Dollar Man” Ted DiBiase, whom Honky said got a lot of grief from other wrestlers. It seems that the boys resented the fact DiBiase got such a sweet deal coming in, as he was given his own personal valet, first-class airline tickets to every destination, and money to freely throw around like a drunken Ric Flair out on the town.

Seeing how 1987 was such an eventful year, asking Honky to cover the events in one-and-a-half hours basically forces him to give only the most superficial accounts of some important issues and events. It makes one wonder if it would have been best to focus on a few particular areas he’d be expert on, and edit the video down to show that.

One area Honky does expand on is the “Dr. D” David Shults/John Stossel confrontation and how Honky reckoned it was all a set up. How else could you explain Mr. Fuji waiting expectantly in the hallway just before Stossel got in Shults’s face to declare to the hot tempered southerner that wrestling was fake? Honky asked.

Another major focus of the shoot is, not surprisingly, WrestleMania III. Here, Honky reveals the less than glamorous aspects of wrestling, like how at the single most anticipated and successful wrestling event ever, the talent in the back arrived in dirty clothes and feeling burned out after so many weeks on the road.

He noted no one cared about watching the matches, instead hanging around in the back playing cards and getting ready for when they were called to the ring. There was no applause or big speeches by Vince McMahon at the show‘s conclusion. And neither was there some big celebratory after party — instead the guys quickly dressed and got out of the stadium in preparation of the next day’s TV tapings. Only for the fans, it seems, did WrestleMania III come off as anything other than just another day in the office.

“Superstar” Billy Graham’s interview for the 1977/78 Timeline is a lot more sombre than Honky’s account, but not as depressing as you might expect from someone whose autobiography revealed something of a sourness about the business. 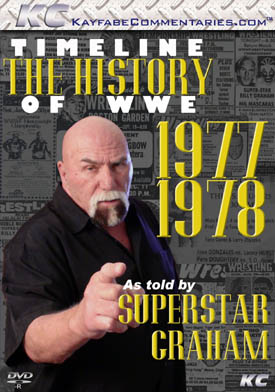 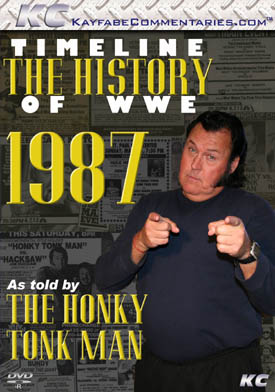 Like Honky, Graham too demonstrated the differences between the glitz fans see on TV and the reality behind the scenes, when he noted WWWF headquarters in his day was nothing more than a closet of an office in a rat-infested building situated in Times Square.

Graham’s focus is primarily on his first New York run, particularly on his championship tenure. Here, he admits that Vince McMahon Sr. told him from the beginning that he’d only be an interim champion. Although agreeable to that at the time, Graham would question Sr.’s vision of Bob Backlund, who succeeded Graham as champion, as the next Bruno Sammartino, and claimed Sammartino also saw the flaw in Sr.’s logic.

Sammartino, he said, felt “dismayed” and “mystified” about Backlund being in line to lead the territory as its champion. Both were apparently so against the idea that Graham nearly convinced Sammartino to swerve Sr. by having Graham drop the belt back to Sammartino in a cage match two days before Backlund was scheduled to win the title.

Without sounding bitterly disappointed about the change, Graham goes into detail about not only Backlund’s lack of charisma, but also how clueless he was about what being champion was all about. Graham explained that the newly-crowned Backlund was originally opposed to showing off the belt, and early on would hide it under his robe simply because he liked his robe.

Graham believed that Sr. should have seen all this coming, but that his ego wouldn’t allow him to alter and correct his plans for Backlund.

It’s a good shoot, and fans can see for themselves that politics and egos are by no means a new trend or confined to the current incarnation of the WWE.