WrestleMania has grown to be the biggest annual pay-per-view anywhere, but the inaugural event seemed just like another big card, albeit with much added pizzazz, according to David Sammartino.

“It was no big deal — I mean, we knew we had a big show, it was at Madison Square Garden and anytime you wrestled there it was a big show,” Sammartino told SLAM! Wrestling from his home near Atlanta, Georgia. “But there was no pay-per-view then, it was closed circuit, it was just a big loaded card. The only difference was they had brought more of an entertainment aspect to it: they had Cyndi Lauper, Muhammad Ali as a referee, for the intermission time they had Liberace with dancing girls. [Liberace was accompanied by The Rockettes.] But we didn’t know there was going to be a WrestleMania 2 or if it was going to be this phenomenon.” 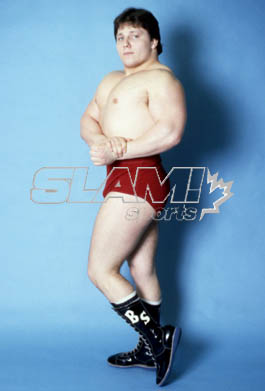 David Sammartino in his prime. Courtesy of the Wrestling Revue Archives

He said he’d been on big cards before, but never with anything involving so many show business people.

Sammartino, accompanied by his father Bruno, fought Brutus Beefcake to a double disqualification in the fourth match of 1985’s WrestleMania I. Father and son would team up thereafter to take on Beefcake and his manager Johnny Valiant.

About six months before his WrestleMania match, Sammartino joined WWF and felt upbeat about his career.

Seemingly an ideal place to be, especially seeing as how his father packed WWWF houses for decades. Sammartino had longed to follow in Bruno’s footsteps, and started training in earnest in 1979. Bruno, however, preferred his son going to college and initially disapproved of David’s career choice.

“I never worked out with my dad, not once. I used to work out a lot with Larry Zbyszko, Baron Mikel Scicluna, a lot of local guys from Pittsburgh,” he said. “When I went to Texas, I worked out a little bit with Dory Funk Jr., Larry Lane, Dennis Stamp.”

After he left Texas, he would visit a training facility in Puerto Rico that was run by Jose Gonzales and Carlos Colon.

But all that experience and his name wouldn’t be enough in WWF. There, he wasn’t getting the push he thought he deserved, and he became embittered, later leaving WWF on more than one occasion.

“I was very frustrated. I was very young and I was very ambitious, and I always looked at the time that I was going to come into the WWF as when I was going to become a superstar. And that was the point of going to all the other territories beforehand, to learn, get experience, to be an asset to the business somehow… And when I went in there, I was no different than just an up-and-down guy; not a main eventer. And when you’re in your early twenties, and you’ve sacrificed, and you know you have the talent and nobody’s helping you showcase it, I had a temper, I was upset and I wasn’t happy, and I guess I showed it.”

He demonstrated his dissatisfaction one night in November 1985 in Philadelphia when Sammartino chose to lose to enhancement talent.

“They would never do anything with me — here I am, I’m David Sammartino, I’m the son of Bruno Sammartino, I had this talent — when I say talent, not only was I a strong man, I was a good wrestling technician, which made me a little different than other guys… I felt like I had really something to offer.”

But instead of giving him angles, they had him working preliminaries.

“In a sellout crowd at the Philadelphia Spectrum, they booked me with a guy, his name was Ron Shaw, and he was basically a jobber. And I had wrestled him on TV I don’t know how many times and squashed him. And when I found out that’s who I’m with at the Spectrum, I was angry. I was young and immature, and I said I’m going to cause a little hell tonight. So I went up to him and I told him, ‘You’re going to win the match tonight.’ And I just made it into a ridiculous situation where I had him attack me, bodyslam me like 15 times in a row, throw me in and give me the bearhug, and I gave up. If they didn’t care about how they were going to groom me, then I didn’t care.”

McMahon’s reasoning over Sammartino back then seems odd especially in light of how he’s pushing today’s second and third generation talent.

“I don’t even know him, nor do I even care to know him. He always came across as a very arrogant person. I don’t know what his thinking was… it’s bizarre to me. When he changed this whole thing to WWE and I used to see him using his family, like having his wife [Linda] go up there and kicking guys in the groin… It’s so bizarre to me, I can’t explain it.”

Sammartino believed Bruno also should share some of the blame for him not getting higher up the roster.

“My dad was more of a control guy. And I think he wanted me to be kept at a certain level and not to prosper from it, because then maybe there would have been comparisons with me and him. I could be wrong, but it’s what my gut tells me… I would complain to him all the time, ‘Why don’t they do this, why don’t they do that?'”

Sammartino felt Bruno’s response boiled down to telling him to be quiet. 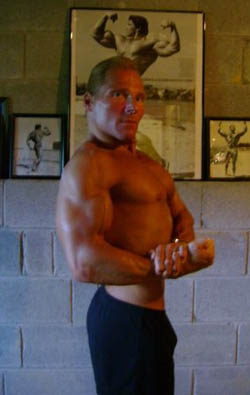 “My dad was basically telling me to settle for what you got, be a good boy, save your money, and be satisfied. And I couldn’t do that. Just like he couldn’t do that or anybody that had talent couldn’t do that. So I was very frustrated, very angry, because I wanted to really prosper, make money and be a star.”

In 1986, Sammartino joined the AWA, but only for a handful of matches.

“I went there because I was looking for stardom, I was looking to be a top guy. But all they did was use me and abuse me — they put me on a couple world championship matches with Stan Hansen and beat me.”

He believed the reason AWA brought him in was because of his name and to make their organization look stronger.

“They’re competing against WWF. Well, they have a Sammartino to beat. That makes them look better. I didn’t realize any of that at the time. When common sense set in, then I left there, because all they did was beat me there.”

Sammartino would return to WWF but got fired in 1988 after an altercation with a fan. He and Bruno have speculated the fan was actually planted in the audience by McMahon himself, possibly as retaliation over Bruno quitting a week earlier.

“I got beat and I’m walking back. This is before people knew what wrestling terminology was. So as I was walking my way back to the dressing room, this guy screams, ‘What do you expect? He’s just a jobber.’ That’s where my dad thought that maybe this guy’s from the inside, he was planted there, knowing that David has a short fuse, etc. So when the guy said it to me, I just had this electricity go up through my spine and I went after him — I didn’t hurt him, all I did to him was I grabbed him by the back of the hair and threw him backwards off his chair. And I said, ‘Well, look who’s doing the job now.’

“My dad was saying that they used that as an excuse to can me because he quit a week before — ‘You quit on us, well we’re going to get rid of him too.'”

Besides getting fired over it, Sammartino said WWE has used the incident to never pay him any royalties. 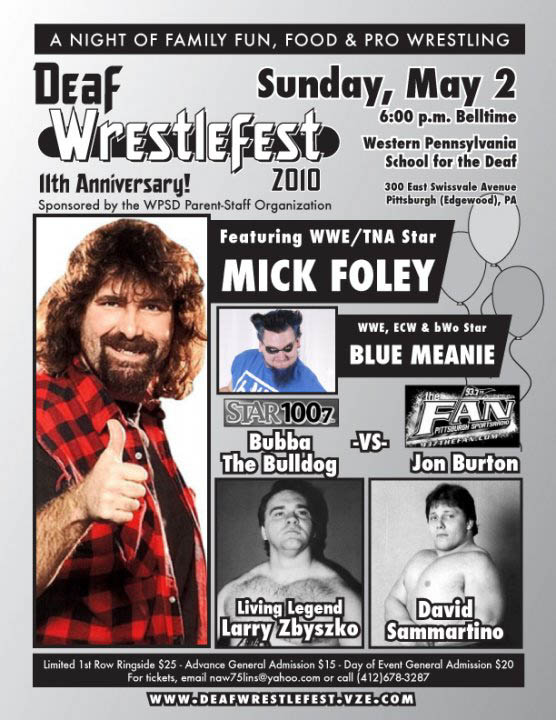 Just as the Monday Night Wars were heating up, Sammartino returned to the main stage, albeit briefly. In December 1996, he had a cruiserweight title match against Dean Malenko. After putting Malenko over in their Nitro contest, Sammartino said Eric Bischoff praised him and told him to get in touch so they could work out a contract. It never happened.

“They blew me off like I was a piece of dirt,” he said, explaining every time he contacted the office, J.J. Dillon would give him the runaround. “That would have been a great time because that would have really reset my career. I was already 35 then, but they pulled back on their word, for what reason, I don’t know.”

Sammartino, who has worked as a personal trainer for 20 years, never officially retired and it seems that now the call of the ring is luring him back. On April 10, he’ll face Zbyszko at the “Night of Legends” show in Franklin, PA, and again May 2 at “Deaf Wrestlefest” in Pittsburgh (Edgewood).

“Him and my dad had this big blow off years ago [Showdown at Shea] and they continued it with me. And we worked well together, so it was good to put it on the card,” Sammartino said, adding that he’d like to do more shows this summer. “I’m 50 years old, I’m in great shape, I just want to have a little bit of fun and go out there and do something.”

TNA has its share of elder statesmen, and Sammartino said if they phoned tomorrow, he’d welcome the call.

“I would see what they had to offer and why they were calling. I’d be willing to talk to anyone.”