Despite portraying a heel for much of his career, his closest friends say that Corsica Joe was one of the true good guys among the wrestling fraternity.

Joe (real name Francois Miquet) passed away Sunday, March 14, at the age of 90.

“In the 35-plus years that I’ve known Joe, I really can’t remember one bad thing about him,” longtime friend Jerry Jarrett told SLAM! Wrestling. “There are few men I have known that I can’t recall one single fault. Joe is one of those few.” 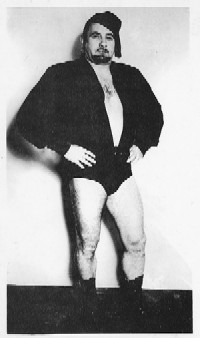 Jarrett first met Joe in one of the earliest matches of his career and the young rookie quickly ran afoul of the veteran, known as one of the toughest shooters of his era.

“I had always been a huge fan of Jackie Fargo,” said Jarrett. “At the time, Jackie was retired, so I felt it was permissible for me to copy some of Fargo’s antics in the ring. During the match, Joe was in a corner of the ring jawing with some fan who didn’t appreciate the fact that Joe was kicking my butt. I suddenly remembered that Fargo would catch his opponent with his back turned and proceed to give him a swift kick in the butt.

“Well, unfortunately Joe took my emulation of Fargo as a huge insult. Joe proceeded to give me an immediate attitude adjustment. I found myself in the awkward position of being able to kiss my own butt. When he mercifully let me go and the match ended, I sheepishly returned to the dressing room. Joe came to me and advised that he would allow Fargo to kick him in the butt and after I sold out an arena, I could act like Fargo, but until that time, it was in my best interest to respect the veterans of the business. This is one of those valuable lessons that I fear is sorely missing today. I later apologized to Joe and respect him to this day.”

Many years later, Joe, who was born in Bonbillett, France, on January 17, 1920, and his wife, women’s wrestling star Sara Lee, went to work for Jarrett and helped in a variety of capacities.

“They were both honest and trustworthy people,” said Jarrett. “Joe enjoyed and loved our business in whatever job he had. I can still see the smile in my minds eye when I remember Joe took tickets and greeted the fans at the Nashville Fairgrounds arena.”

Joe first met Sara (real name Sarah Ray) while wrestling in Nashville, a territory he was originally reluctant to go to. They would end up being happily married for 45 years before Sara passed away in April 2008 due to complications from Alzheimer’s disease.

Most friends remember Joe best through his relationship with Sara.

“I suppose my most special memory of Joe has nothing at all to do with the wrestling business, my special memory is the love Joe had for Sarah,” said Jarrett. “Joe and Sarah were one of the true love stories in life. They were devoted to each other. Joe told me that he wished he could have gone on when Sarah did. I remember sitting with Joe when he was inducted into the NWA Hall of Fame in Atlanta, Georgia. Joe commented right before the ceremony how great it would be if Sarah was there on this special occasion.”

“Well, you could tell that he loved her and she loved him,” said Mantell. “They were always laughing when they were around each other because not only were they husband and wife, they were best friends. When Sara died, I thought that Joe wouldn’t last as long as he did.” 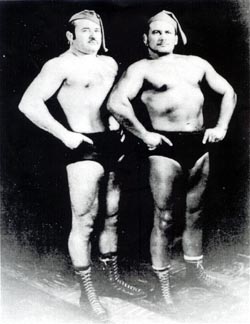 It was also in Nashville that Joe enjoyed his greatest in-ring success, alongside Corsica Jean (real name Jean Louis Roy). Together, they formed the Corsica Brothers tag team.

Together, Joe and Jean won the Mid America version of the NWA Tag Team Titles five times — including being the inaugural champions — in the late 1950s. They also held the Southern Tag Team straps in the 1960’s. The Corsicans fought in one of the first cage matches — the ring was surrounded by chicken wire — against the Fields Brothers in 1960. The partners were inducted into the NWA Hall of Fame in 2008.

Joe, following his brother Felix Miquet, entered the world of professional wrestling after a brief boxing career and six years with the French Artillery.

In 1948, Joe came to Canada, where he enjoyed a two-year reign as Canadian Junior Heavyweight champion. He also worked in New York and in Calgary for Stu Hart before returning to France.

Upon returning to North America, Joe toured a number of territories, before retiring after 25 years in the ring. 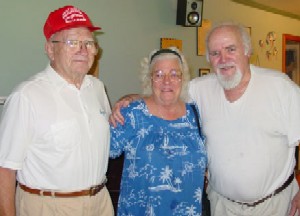 Joe appeared on the very first NWA-TNA pay-per-view in 2002, as part of the parade of NWA legends. He was joined by Sara and the two helped out with the fledgling promotion while it was based in Nashville.

While Joe’s mark on the industry may be underrated, Jarrett says it doesn’t matter what today’s wrestling fan thinks.

“What really matters is what a man’s peers think about him when he is active,” said Jarrett. “In this area, Joe stood tall. All of us who worked with Joe appreciated his ability, his attitude, his loyalty, and his great contributions to the history of our business.”