Though she never stepped in a wrestling ring, Georgiann Makropolous, who died of a heart attack Monday at 68, was as important to the sport in some ways as its most lauded combatants. Before the dawn of the Internet, Facebook and Twitter, Makropoulos was the definition of wrestling social media. She linked fans and wrestlers worldwide through her Chatterbox newsletter, her fan clubs, and her eagerly anticipated columns in wrestling magazines. 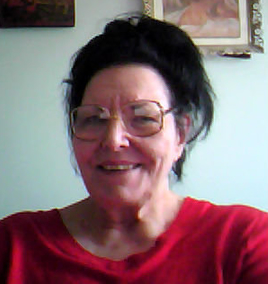 Makropolous documented her love of wrestling in almost everything she wrote. She got hooked on wrestling as a teenager just a few months after she graduated from high school on Long Island in 1959. Her first real involvement came with fan clubs for Buddy Rogers, Bob Orton Sr., and Bruno Sammartino, staples of New York wrestling in the early 1960s. In those days, fan clubs were a way for wrestlers and their fans to interact, and for fans to get in touch by snail mail with like-minded sorts.

In 1969, then Georgiann Orsi took over the “Fan-Land” column in Wrestling World, which was the best-written, if often hyperbolic, magazine of its time. Her three- and four-page columns were chock full of addresses of fan clubs, as well as prospective vendors who sold photos, results sheets and fanzines from their basements. Some of the names she mentioned are still well known today. Rock Riddle’s fan club for Rip Hawk and Swede Hanson was regularly cited; Riddle went on to become a successful pro. Dave Burzynski earned mentioned for his quality photos for sale; that’s Supermouth Dave Drason to wrestling fans. And Georgiann cited as “really good” the San Francisco Wrestling Beat of Ed Giovanetti, the future Moondog Moretti. Makropolous collected more than photos or programs though; she collected friends, according to her many contacts in the business. She regularly undertook causes for wrestlers, such as helping to raise money for Konnan’s kidney transplant in 2007.

Makropolous transitioned well to the digital age, writing columns for 1Wrestling.com for seven years before going to WrestlingFigs.com, where she kept the most accurate list of wrestling autograph and memorabilia events. From her home in Astoria, N.Y., she kept up her information-packed Chatterbox newsletter, which she started in the 1980s, and was known for her giveaways to promote local wrestling in the metropolitan New York area. In between, she found time to compile the definitive Sammartino record book, and she remained close to Sammartino until her death. Makropolous successfully battled cancer in 2004.

“In many ways, Georgiann was professional wrestling’s best friend, and she always took tremendous pride in the fact that she loved the business and was ‘house mom’ to those involved,” Paul Heyman recalled for WrestlingFigs.com.

“She was someone I spoke with all the time and would consider one of my closest friends in the industry,” wrote Wrestling Observer editor Dave Meltzer. “But she was loaded with friends, from wrestlers to fans. She worked on the Wrestling Figs web site and had continued doing her Wrestling Chatterbox newsletter for about 20 years.” 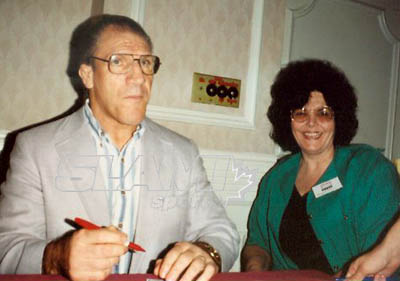 Bruno Sammartino and Georgiann Makropolous at an autograph signing in 1991. Photo by Mike Lano, [email protected]

Makropolous’s Facebook profile quickly became a meeting place for her many, many friends (more than 1,000 with Facebook, and double that on MySpace).

“I don’t know what I’ll do with out you Momma G…you were my support, my ear, my momma. I love you,” wrote Tammy “Sunny” Sytch. The Blue Meanie Brian Heffron called her “a treasure that can not be replaced.”

Steven Johnson is a writer and editor in Virginia, who, like most of the wrestling community, owes a debt of gratitude to Georgiann.