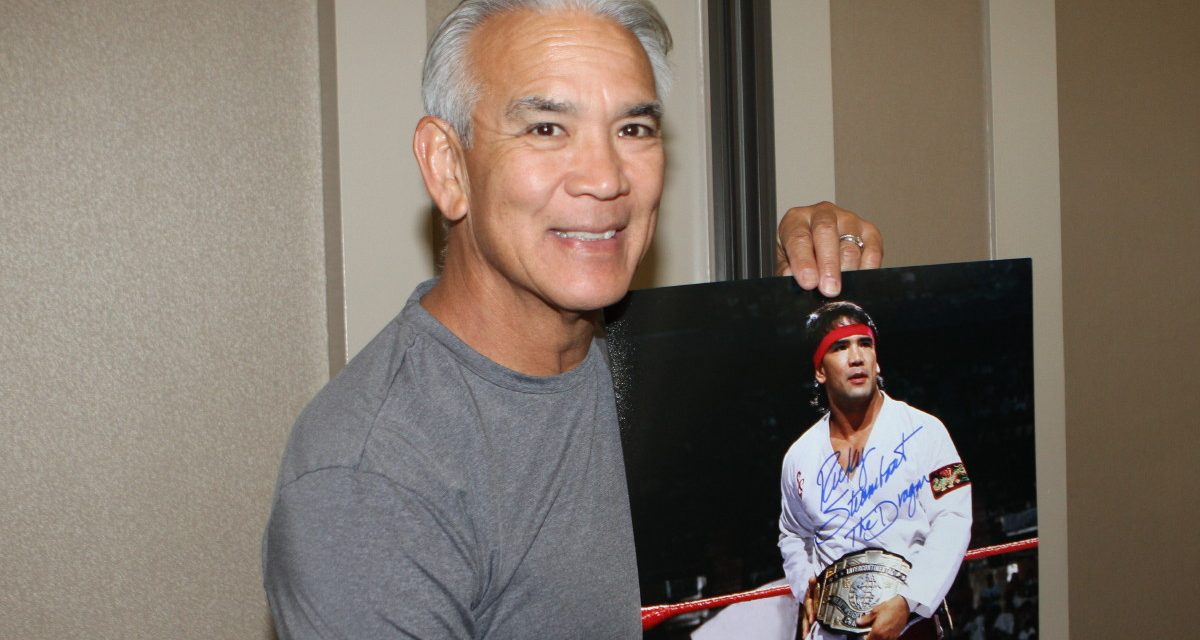 It seems fitting that Ricky “The Dragon” Steamboat and “Stone Cold” Steve Austin are being inducted into the same class of the WWE Hall of Fame. In WCW, the two feuded over the TV, Tag Team, and United States championships. Steamboat’s in-ring career ended just as Austin’s began to rise. “In the early 1990s when I was wrestling Steve, he was a guy I knew had ‘it.’ He was charismatic, moved well in the ring and it was only a matter of time before he was going to be spotlighted in the main event. When he came to the WWE and became ‘Stone Cold’ that is all that was lacking a name change and a little twist in the character and he took off like a rocket.” 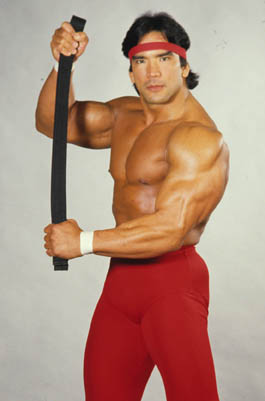 SLAM! Wrestling spoke with Steamboat recently to discuss his Hall of Fame induction and match at Wrestlemania 25 in Houston. His greatest rival, Ric Flair, will induct Steamboat. “That was a great choice for me personally having ‘The Naitch’ induct me. He is going to induct a guy who he has wrestled against so many times. When people talk about the two of us, every time I am asked about him, it is about the respect we have brought to each other. We brought each other along early in our career when we were young back in the 1970s. What a fitting moment for him to induct me. Here we are with Ricky Steamboat, Ric Flair and Steve Austin in the same night. What a great moment.” Steamboat will be celebrating, but won’t be able to sit back and enjoy the next days Wrestlemania like the other inductees. Instead, he will be stepping into the ring at Wrestlemania for the first time in 21 years, teaming with Jimmy “Superfly” Snuka and “Rowdy” Roddy Piper to face Chris Jericho in a handicap match. Flair will be in his team’s corner. Steamboat and Piper have the distinction of having wrestled in the very first Wrestlemania — Steamboat wrestled Matt Borne while Piper teamed with Paul Orndorff against Mr.T and Hulk Hogan in the main event. Snuka was in Hogan and T’s corner. “The little spice on top of (his induction) is being able to wrestle in Wrestlemania 25. I was on the very first one. That is a number that really set me back — my God, 25 years have gone by! Time sure does fly. Both of them are going to be great moments. I’ve been asked if it might taint the moment of being inducted the night before and then getting into the ring. Not at all, I love it. To be able to do both on the same weekend is tremendous.” Steamboat retired in 1994 due to a back injury, and Wrestlemania will mark his first public match in 15 years. He has kept active behind the scenes, which has helped him prepare for the match. “I haven’t changed my preparation that much. I still get into the ring and work out with the guys, I have been since 1994, I know I am not the Dragon that I was 15 years ago, I am probably about 80% of what I was. I can still move pretty good and hit the ropes and come off the top. I feel good about myself. I’ve been asked about being embarrassed but I am very comfortable. I don’t know long I will be able to go in this match, thank goodness I have help from Snuka and Piper, but personally I feel good about it.” Steamboat today is a producer for WWE, working behind the scenes. One of the things Steamboat is given credit for is his enthusiasm for helping the next generation of superstars. Before returning to WWE, he was involved in both TNA and Ring of Honor and was always available for advice. “It is one thing that I get a lot of joy out of, and that is passing the torch. Some stuff I show young wrestlers, people haven’t seen in 15 years. I show it to them and the gratification I get is when I see them do it out there in a match. What was old can be brought back new, and I bring that to the table. I bring mannerisms, facials, body language, positioning. Things can be fast paced in the ring but I was very particular in knowing to be in the right time at the right place. There are moves that guys take for granted, but if you turn just half a step you wouldn’t believe how much it opens up the lane, as we call it. I’ve been in the business over 35 years and had over 6,000 matches and I am helping guys who have only been in the business maybe a year or two and 100 matches. I am taking my 6,000 matches and passing it along.” He takes a great deal of pride in seeing someone put his suggestions to work in front of an audience. “The gratification is when I see them do it in the ring, their footwork, them fudge that half a step and they make it happen. I go down to our camp in Tampa (Florida Championship Wrestling) regularly to oversee the talent and do a scouting report so to speak. Giving back to this profession is something I do not hesitate upon, I throw out every secret I have in my hip pocket to help our young talent to keep this profession going for another 20, 30, 40 years.” 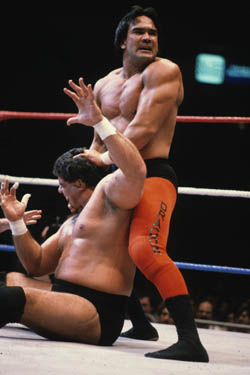 Having been out of the spotlight for 15 years, they may be a lot of people who don’t know Ricky Steamboat. Recently, his career has made a resurgance on DVD. Collections dedicated to Flair, Austin, Saturday Night’s Main Event and Starrcade have opened up a whole new generation to seeing just how great a wrestlers Steamboat was. He can see it in his interaction with fans today. “This past weekend we were in Topeka and Wichita, for live house show events. I work behind the scenes with the talent, making sure that the order, intermission and such goes smoothly. They asked me to go out to the ring to say hello to the fans and say what an honor it is to be inducted, to incorporate Wrestlemania,” he recalled. “I said no problem. I was getting fans that are eight years old reaching out to me going ‘Ricky, Ricky, shake my hand!’ There was a kid next to him who was looking at me like ‘Whose this guy?’ The kid that wanted to shake my hand, his dad was there. I got the picture, that Dad knew me and it transmitted to his son. The kids that were standing there by themselves, that didn’t know me, I didn’t see a father or a connection there. The kids that are coming to me now is only because of their dads who are passing me on to a new generation of fans. Most of the faces that I see that I bring a smile to are people that had to be 25 or older.” Ricky Steamboat is undoubtedly a legend, and worthy of induction to any Hall of Fame. It is evident in speaking with him how proud he is to be part of this year’s class. He will also be inducted into the George Tragos/Lou Thesz Professional Wrestling Hall of Fame in Waterloo, Iowa, this summer. “I started in the business in 1974. Here is 35 years later and I am still affiliated with the business behind the scenes. When you think you have done everything you possibly can in your wrestling career, to cap it off with an induction into the WWE Hall of Fame is very humbling.”