Robert Bruce was a star and agent in New Zealand

The divide between good and evil — the foundation of pro wrestling — was built on men such as Robert Bruce.

The Scottish-born villain, who died last week at 65 after a short illness, could enrage the crowd with a mere facial expression. Such were his talents and wrestling style, which saw him tease and torment crowds in South Africa, Japan, Fiji and Australia en route to Auckland, New Zealand where he settled in 1972.

Bruce’s epic journey started in London, England, in 1967 when the proud Scotsman, born John Young on November 3 1943, adopted the stage name of Robert the Bruce, later shortened to Robert Bruce. 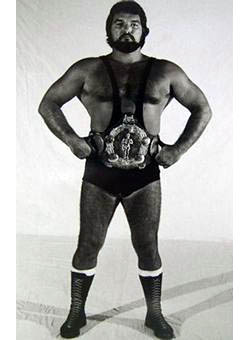 Starring at venues such as Earls Court, the Royal Albert Hall and Wembley — for Dale Martin Promotions — Bruce’s bad boy antics, from prefacing a low blow with a devilish grin to a liberal interpretation of the rules, ensured a raucous reception every time he wrestled.

While wrestling, Bruce, a technical wrestler, was a man of many moves. He displayed a skill set that could tangle opponents in a web of torturous holds.

By 1971, the 6-foot-3, 275-pound Bruce’s villainous ways were supplemented when he teamed up with countryman and fellow rebel Ian Campbell. The giant from Dunfermline weighed near 280 pounds and was a notorious rule breaker.

The pair squared off against standout combatants such as Cardiff mat man Johnny Yearsley. The Welshman was a former Mr. Universe and world weightlifting champion.

In 1972 after sampling the wrestling scene in Africa and Asia, where he locked horns with Japanese legends Giant Baba and Antonio Inoki, the highly-regarded Brit become a household name in New Zealand. In fact, upon his passing, the New Zealand Herald listed him as the seventh greatest grappler in the history of the country.

Bruce established a rivalry with former amateur wrestling and boxing star John da Silva over the Commonwealth championship. Their hard-fought matches were the talk of the island and earned both men national acclaim.

Once Bruce overcome the gifted New Zealander, who wrestled at the 1956 Olympics, he held the Commonwealth Heavyweight Title on and off over a five year period, and wrestled for the world title.

In a 2002 interview with Whoosh magazine, Bruce addressed the travel associated with wrestling. “When you were working in a city or a town, you were only generally around there for a day. I used to use up passports like you wouldn’t believe — I mean the stamps! When I looked at them at the end, people would say, ‘Sh-t, you’ve been here, you’ve been there’, yeah, but hey. Every hotel room is the same, unless you actually had the time,” Bruce said. “When I was in South Africa, I only fought twice a week, and I managed to see all of South Africa. So, that was great because I had down time. When I was in Japan, I did tours every year of Japan. In the six weeks, I might have five days off.”

In 1972, while at the height of his career Bruce was attracting attention in other circles and took a small role as a bouncer in the film A Clockwork Orange.

The appearance offered Bruce a taste of what life after wrestling may offer. But shortly after the well-travelled Scot was cruelly forced to retire while at the top of his game due to back and elbow injuries. After retiring from wrestling he made a living as a bodyguard to film and rock stars.

The Robert Bruce Agency was established in 1978 and represented some of New Zealand’s leading actors and performers such as Temuera Morrison, Cliff Curtis, Frankie Stevens and Jackie Clarke.

As of March 2007 Bruce had worked on 39 films, 73 TV series’ and 21 theatre shows as well as live shows and corporate events.

Family friend Jane Hunter told the New Zealand Herald that Bruce was “ageless” and that his death on March 2, 2009, was a surprise.

“He was a very popular character and a very, very likeable man. Everyone is extremely shocked.”

Bruce is survived by his long time partner, Gabriella. He was predeceased by his wife of 30 years, Lyn, in May of 2001. 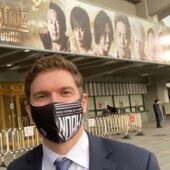