For those of you who have had the pleasure of meeting me and talking with me for a bit, you know I am a big mixed martial arts fan. I watch a lot of Fight Network programming for the various MMA companies’ shows. I have been to three UFC pay per views and MMA shows in Winnipeg and Calgary. If I were 10 years younger I would be trying to crack the top tiers of MMA. I simply love the competition. 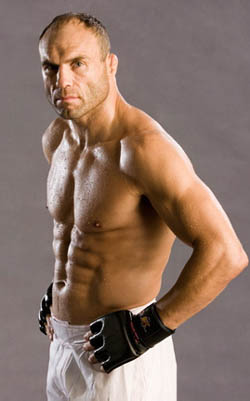 This year’s “most anticipated” fight is this Saturday for UFC 91 in the Randy Couture versus Brock Lesnar. I cannot wait for this fight. To me, Randy is the epitome of a gentleman fighter. Well spoken, intelligent and incredibly good at what he does, he conjures up images of the days gone by when fights and boxing were “gentlemen” sports; the bare knuckle fights of the turn of the century where fights would last 30-100 rounds. Randy is what every fighter, in my opinion, should strive to be — a true ambassador of the sport.

Brock, on the other hand, has done an AWESOME job of using his pro wrestling past experience to create one of the true “bad guys” of MMA. Absolutely huge, talented and happy to let people know he knows it, Brock has become what wrestling pundits would call the “top heel” of MMA. A giant goon with little “experience” and a chip on his shoulder, the audience would love nothing more than to see the well-spoken Couture put this punk in his place! And UFC honcho Dana White loves it!

Truly a match made in wrestling heaven, White, the new age Vince McMahon Jr., is seeing dollar signs from the PPV buys. Heavily hyped and heatedly debated, this fight promises to be one for the ages. Such a contrast of styles and attitudes is rarely seen in MMA. It’s almost too perfect. I can almost see the strings of the puppet masters pulling and swinging, creating tension and speculation. But to be honest, it shouldn’t be any other way. In whatever sport or performance, at the top levels things need to be orchestrated to achieve maximum return on the investments. There’s nothing wrong with it as it can help what could be a mediocre fight or performance mean everything to everyone. Now that the expectations are so high the bar gets raised for everyone in the business. Other fighters who aspire to main event pay per views must now step up their game to be able to offer the same kind of excitement and emotional involvement. This will only serve to increase the interest in other fighters as they work to create viable “characters” of their own.

Great job by everyone involved in Sunday’s TNA Turning Point PPV. It was one of the best wrestling PPV offerings of the year in my opinion. Big shoutout to Eric Young becoming number one contender and giving us a great promo afterwards. I am glad he’s not “nervous or scared” anymore as he is a great talent and can truly shine if allowed to.

It was also good to see Tanahashi, Volador Jr. and Doug Williams adding international flavor to the X Division. Variety is the spice of life. With the number of huge egos involved in the Main Event Mafia, how long till it implodes? God, I miss looking at the Knockouts in person!

On the WWE front, it’s sad to see Evan Bourne go down with an injury so soon as he was really on a roll and gaining momentum in becoming a huge deal in the WWE. I am sure he will be back good as new and impressing again in no time. What’s with Jeff Hardy losing his mind recently? I can’t say I have ever seen Hardy being the type to have a “dark side.” Maybe it’s what he needs to take that last step up to the top tier. Chris Jericho is so entertaining it’s sick. I love watching the guy work. And I have got to say I am really enjoying the HHH/Koslov feud. It’s refreshing and different. I hope Teddy Long’s new talent initiative continues on ECW as I love seeing new faces there.

In the mean time and in between time, that’s it. Another edition of the Devine Intervention. Bye now.