The new indictment of Dr. Phil Astin, Chris Benoit’s personal physician, is the latest installment of how government authorities seem to be working overtime to avoid providing the baseline public information by which the gruesome Benoit double murder/suicide might spur badly needed reforms in pro wrestling health and safety standards. 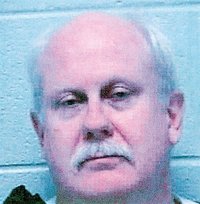 The woeful Fayette County sheriff’s report was already published with gaps in the record so fundamental and systematic that it is impossible not to conclude that the cops were either in over their heads up against World Wrestling Entertainment, or blatantly kowtowing to WWE’s desire for minimalist disclosure. As noted earlier in this space, the county failed to probe a day’s worth of calls to Benoit’s cell phone in between when he died and when the company’s Inspector Clouseau-like security chief, Dennis Fagan, called 911. Scott James (Armstrong) and Chavo Guerrero weren’t even interviewed in depth about the cryptic text messages they received from Benoit, and about whom they subsequently informed.

Now the U.S. Attorney for Northern Georgia, in coordination with the regional office of the Drug Enforcement Administration, shows the American people just where their priorities lie: in kicking already broken “mark” doctors when they’re down. Last July Astin was indicted on seven counts of prescribing drugs beyond the legislative guidelines for legimate medical purposes. The government proceeded to confiscate Astin’s property and assets, and he was reduced to working part time at a garage while on house arrest awaiting trial. In a “superseding” indictment filed May 29, the feds have piled on a total of 175 counts of promiscuous prescriptions. The indictment names 19 patients, identified only by initials. They include Chris Benoit (“C.M.B.”) and Nancy Benoit (“N.E.B.”). Other wrestlers on the list appear to be Rey Mysterio (“O.G.” — Oscar Gutierrez), Mark Jindrak (“M.R.J.”), Hardcore Holly (“R.W.H.”) and Buff Bagwell (“M.A.B.”).

The aspect completely missed by the Atlanta media — which have given us such indispensable scoops as “Seven-year-old Daniel Benoit says ‘pooh-bear’ in home answering machine message” and “Pastor reveals that Chris was studying the Bible,” while ignoring that the sheriff buried crucial cell voicemail and text message evidence — is that the new Astin indictment doesn’t say a word about steroid pushing. That is what this hapless doc to the stars was most known for in the regional sports community. All 175 counts involve excessive prescriptions for painkillers and anti-anxiety medications. But Percocet, Oxycontin, Lorcet, Xanax and Soma are comparatively trivial byproducts of a sports-entertainment drug culture dominated by anabolics and growth hormone.

Last summer the DEA’s search warrant for Astin’s office noted that he had prescribed Benoit a ten-month supply of steroids every three to four weeks. As with so many things said at the time by both the feds and the Fayette County district attorney, prosecutors at all levels have made a conscious decision not to close that loop. For whatever reasons — and any wrestling fan can responsibly speculate on what those reasons are — the powers-that-be just don’t want to go there.

Pointing out that the Astin indictment is a work of airbrush art makes me no friends among the most zealous advocates of the research of Chris Nowinski’s Sports Legacy Institute, which showed that Chris Benoit suffered long-term brain trauma from serial concussions. Mike Benoit, Chris’s father, believes the resulting mental impairment basically explains, by itself, what I see more as an existentially inexplicable set of bizarre behaviors, likely with multiple components.

I remain agnostic on all this; Mike Benoit may yet be proven right all the way down the line. Making summary judgments on the massively broad and deep evidence of steroid abuse, however, won’t get us there. Rather, all the evidence in every possible area should be daylighted so that it can be weighed accordingly.

Another thing for the brain-trauma camp to consider: Exactly what’s the conflict between the concussion and drug theories? Sure, one may ultimately be more important than the other, just as the stress of the wrestling schedule may be more or less important than the content of the marital dispute that triggered domestic violence in Chris Benoit’s home. But like steroid abuse, concussion syndrome — which unquestionably was accelerated in recent years by the introduction of a hard-core style — is part and parcel of an unregulated industry with no regard for the safety of its workers.

Such an analysis is not brain surgery. It is common sense.