Guest column: Benoit case is closed — but far from settled

The final report from the Fayette County Sheriff’s Office, released in February, officially closed the case of the Chris Benoit double murder/suicide. But anyone who reads the 52-page case summary and the hundreds of pages of ancillary documents made public under the Georgia open records law, in the hope that they will even come close to filling in the pertinent surrounding narrative, is apt to be disappointed.

What the authorities have published is less a report than a filibuster. As the Benoit family tragedy approaches its first anniversary next month, we have lengthy answers to questions long ago resolved. Meanwhile, tantalizing other questions — including, most glaringly, ones raised by a close reading of the investigation itself — are ignored. 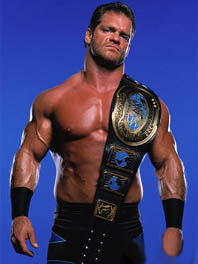 World Wrestling Entertainment’s story, and they’re sticking to it, is that Benoit was just another guy, precisely like those in other walks of life, who “went postal.” The WWE panel on the most recent Larry King Live infomercial promoting WrestleMania reinforced this point when the subject came up ever so briefly. In their eagerness to turn the page, they all but yukked it up. Appallingly, these apologists included Chris Jericho, one of Benoit’s best friends.

The sheriff does tell plenty of the background of the troubled relationship between Chris and his wife Nancy. The report also catalogues, but without analysis, the arsenal of anabolics and pharmaceuticals found all over the house. With respect to the latter, Detective Ethon Harper — who was assigned by Sheriff Randall Johnson to author the report — glides around both Benoit’s successful WWE Wellness Policy test two months before his rampage, and the indictment of his doctor Phil Astin.

Treading lightly on the drug angle might be explained by the fact that Astin, who got busted by the Drug Enforcement Administration, is part of a pending federal case, which keeps a lot of the medical and other records under aggressive seal. But anyone who thinks the Benoit story has no connection to the drug culture of pro wrestlers in general, and of Atlanta-area wrestlers in particular, will be proven wrong in due course. (See the recent death in Atlanta of Chase Tatum, an old WCW guy, and the human growth hormone found in the attic of a suburban Atlanta home formerly occupied by, among others, WWE’s Mike Knox.)

Where the sheriff really falls on his face is in the report’s absurd lack of proportion. A dedicated section, with dozens of supporting pages, debunks two Internet hoaxes: the concocted post on a WWE discussion board about Chris supposedly no-showing the Houston pay-per-view because his wife had died, and a parallel phony update of Benoit’s Wikipedia bio. Both hoaxes were almost immediately discredited in the media at the time.

Sheriff Johnson’s exercise in taking the hoaxers back to the woodshed isn’t just tedious; it’s also inconsistent. When I asked why the report doesn’t probe whether Benoit was actually booked onto a Sunday morning Atlanta-to-Houston flight — as WWE’s published timeline claims — the answer was that this had no relevance to the crime itself. (We know for sure that Benoit did make a reservation on a Saturday night flight after missing a Saturday morning flight.) Ditto for why Scott James (referee Scott Armstrong) wasn’t asked why he texted Benoit, “When do u land?” on Sunday morning, hours after Chris transmitted weird farewell text messages to him. When I asked why WWE security chief Dennis Fagan told 911 that Benoit had left such a message “this morning” (Monday), Detective Harper said he’d have to listen to Fagan’s call again and get back to me.

And when I asked Harper why his report supplement cuts off Chris’s cell phone log at 1:50 p.m. Sunday (the raw data from Verizon Wireless show scores of additional calls), and pressed him on the unexplained disappearance of cell phone voicemail, he stopped returning my calls. (Even as I type this, some fan on a discussion board is probably complaining that a journalist has no right to pose uncomfortable questions to a public servant.)

To date, the biggest embarrassment to WWE is from a Royal Canadian Mounted Police report, corroborated by Chris Benoit’s father Mike and by the Wrestling Observer’s Dave Meltzer: company officials already knew the Raw tribute show that night would be honoring a murderer, and would be disavowed by the next night’s ECW show.

Frankly, this revelation has never held me quite as spellbound as it has others. That Vince McMahon once again worked the public, the fans and almost all his own wrestlers is not news; at a certain point, this pattern is more about his compulsion to control and mess with minds than it is even about self-interest.

Far more interesting is the overall body of facts residing in the Saturday-Sunday-Monday twilight zone. That evidence remains buried, the result of either poor execution of good intentions on the part of the Fayette County investigators, or something worse.

The precise communications between Connecticut and Fayetteville, and between Texas and Fayetteville, across that grisly weekend? The very real possibility that, through Chavo Guerrero as well as Scott James, Vince and his corporate clean-up crew knew a whole lot more about what was going on, and considerably earlier than Monday afternoon, June 25?

Eventually, some of these answers will dribble out. Apparently, we won’t have local law enforcement to thank for them.