Wrestlers Peter Smith and Rick Doyle teamed up with documentary filmmaker Greg Hemmings to produce a behind-the-scenes documentary TV series following the lives of professional wrestlers on the road as they travel to six Atlantic Canada towns and cities in seven days.

A sneak-peak of the six-episode series Wrestling Reality debuts on The Fight Network September 25, 2007, as the 30-minute documentary segment of episode one is aired. The series kicks off November 6 with 90-minute episodes that are broken down into 30 minutes of documentary footage and 60 minutes of the live wrestling event. 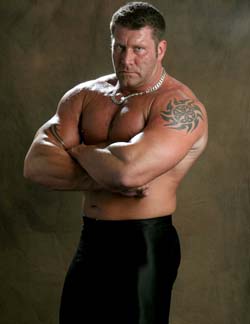 “I think we’ll blow people away with this,” said New Brunswick’s Smith (a.k.a. Kingman, a.k.a. Brody Steele), a giant of a man at six-foot-seven, 300 pounds. “I really believe the sky’s the limit on the spin we’ve put on professional wrestling.”

“This will turn the wrestling industry on its ear,” said fellow co-producer Rick Doyle (a.k.a. Trash Canyon) of Kentville, Nova Scotia. “We’re really going to show people what this business is all about – these guys work hard, they play hard.”

Doyle, who went from entrepreneur to wrestler sometime after taking his son to a local wrestling show in 2001, said the series should change how wrestling is shown on TV and how it is perceived.

“It’s not so much a wrestling show to expose all the secrets. It’s more a sociology project – who are the people involved… it’s very personality driven.”

Wrestling Reality will capture why people get into the business, how they make a living doing it, the work involved in getting better, and what they do in their daily lives, Doyle said.

Smith has been in the business since 1998 and wrestled across Europe, Japan, Korea, Russia, Egypt, and of course, the Canadian East Coast. But Smith has done most of his wrestling in Europe, largely because the pay is so much more lucrative.

Calling the North American independent pro wrestling scene “an absolute joke,” Smith explained the meager payoffs for wrestlers here is a product of “too many 150-pound kids without wrestling gear jumping off top ropes” with ideas of TV stardom in their heads but no concept of what the business is really about.

Smith believed the six shows helped revitalize wrestling interest in the Maritimes as attendance averaged 450 people per event. He called that exceptional for the Maritimes, and noted typical good indy shows draw about 200 fans. 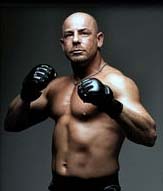 “It was absolutely fantastic,” Smith said of the experience. “We had a really good crew of young wrestlers with the potential to go very far.”

The project, however, was not without adversity, even when it came to convincing Hemmings to lead the production team.

“I’d never been a wrestling fan growing up. When they came to me, I wasn’t that interested,” said Hemmings. “But as I chatted, I heard the passion in their voices and the stories, and thought, ‘This is a really cool idea.'”

Over the course of the filming, Hemmings found himself becoming something of a convert to wrestling.

“I can certainly appreciate it a lot more,” he said, and pointed out people who are not even fans will be able to get into the show. “It was fantastic being on the road… it was a real team, family effort working toward a common goal.”

That objective might have been somewhat threatened by the low budget available, a situation Hemmings described as a “financial disaster.”

“It was the biggest challenge of my life as a television producer,” Hemmings said, explaining a typical documentary series costs $100,000 per half hour episode to produce for TV. 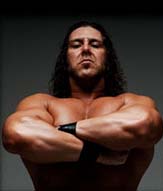 For <i>Wrestling Reality</i>, the whole series received only a fraction of that amount, and about 50 per cent of that was targeted to promoting shows and paying wrestlers. That, however, just added to the drama of the success of the show, Hemmings said.

Smith agreed the show worked on a shoe-string budget, and the cameras captured how much it meant to have fans in the seats as well as buying merchandise.

“Business 101 on the Fly” might best describe how the troupe offered footage of the towns and cities they toured through to the local governments in exchange for free advertising, and made other side deals with gyms and restaurants.

Season two is already in the works for Great Britain. Talks are underway for four or five of the top guys from season one to head to England’s All-Star Wrestling to work with the crew there. Smith pointed out the promotion is by far the biggest in Europe with around 400 shows a year that often draw up to 1,500 fans per event.

“We still have a tremendous amount of work ahead of us,” Doyle added, noting networks around the world are interested in carrying season one and the Wrestling Reality team is working on marketing the show. “But it is extremely exciting.”