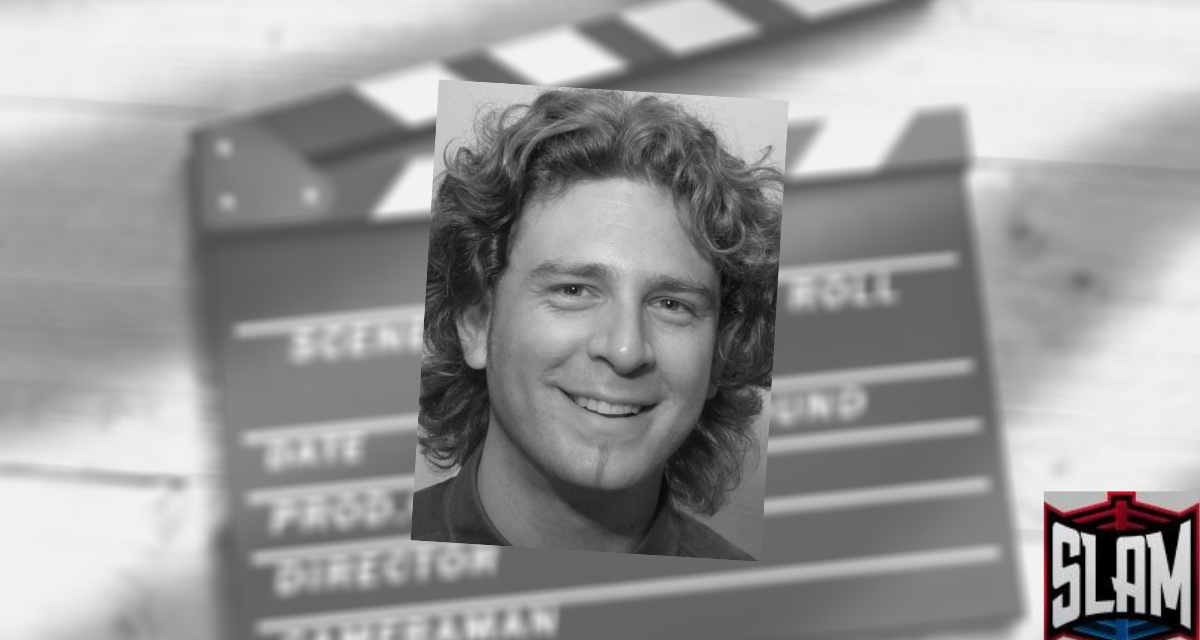 The term “Independent Filmmaker” is usually a misnomer. A truly independent producer would have to have all filmmaking facilities and finances at their own disposal (George Lucas, maybe), while a so-called “Indie” artist is usually completely dependant upon catching every break and making the most out of every penny. I’ve worked on independent films before where the plan of attack was to do business with somebody, neglect to pay them, and simply cross them off the list of future business partners …

So when a wrestler named Mr. Cazual X contacted Slam Wrestling last year in hopes of doing some promotional work for his upcoming feature-film debut, I was skeptical of a number of things. I was skeptical of the legitimacy of his film — frankly, anyone can be a producer these days. I was really skeptical of his title: The Most Famous Canadian No1 Knows — CX2. “CX2” means that it’s Part 2. Who starts with Part 2? (Back to Lucas: I know he started with Part 4, but I also knew that this wasn’t the next coming of Star Wars). The use of numbers in words has also bothered me since Se7en started the trend that has led us to Numb3rs. Finally, and I’ll be blunt, Cazual X’s website was less than impressive with typos and over-the-top hype distracting me from taking him seriously.

Knowing all of this, then, understand that I am not going to be writing about the potential quality of his film. When it comes out I’ll see it, and if it’s brilliant I’ll be happy to tell the world, but if it stinks I’ll say so too. The reason I wanted to write about this wrestler/filmmaker named Casimir Theriault is that when I phoned him to talk about his project, I found myself caring less about the awkward title and poorly presented web-page and more about the fact that his is really a great story about a filmmaker with commitment and incredible persistence.

To start with, Theriault has the wrestling background needed to advertise himself as a legit worker. At 6’3″, 220 lbs., he was trained in Calgary by Steve Gillespie in 1998, driving all the way out to Canada’s wrestling heartland from his Maritime home of Shelburne, Nova Scotia. He joined a group of ten hopefuls, but watched as the trainers chopped the list down — literally.

“There were only two of us left after the first week,” Theriault recalls. “Once we got the bumps down they just started chopping us. I think that’s why a lot of guys left. It’s one thing to watch it on TV and it’s another thing to actually experience the pain. They went at us harder than they normally would just to get rid of the weak guys.”

After successfully surviving the training, Theriault returned home and started his own federation with wrestlers culled from his student base. That’s right, move aside Matt Striker and Dean Douglas, here is a real wrestling teacher. Theriault recruited kids between grades 7 and 12 who were eager to learn and they put on regular shows. It was enough time for Theriault to perfect his finisher for smaller guys, an “X-Bomb”, that was “kind of like a Razor’s Edge,” he explains, and “The End,” a submission move “like Dean Malenko’s Texas Cloverleaf for guys over 200 pounds.” He didn’t elaborate on whether that federation existed merely so he could use his students to practice his own finishers, but let’s hope not.

Theriault continued living the double-life of teacher and wrestler. He wrestled for the SWA, USCW and the OWA, all the while learning that “it’s not really about winning or losing, but about putting on a good show,” as he explains. While that may sound like common sense, he found himself in matches where wrestlers would shoot just to score a “W”, which left him feeling disenchanted with the wrestling business. Enter, therefore, the film business.

With experience working as an extra in a Nova Scotia-based film production in hand, Theriault applied for entry into a two-month long “Script to Screen” program in 2000. He was one of eight chosen for the training, operated by the Nova Scotia film development program and run by Steve Reynolds (veteran Canadian filmmaker with credits on This Hour Has 22 Minutes and Made in Canada), and all eight participants learned how to plan and operate “scripts, props, cameras, anything in the movie business,” Theriault remembers. Plus, as a bonus, he wasn’t witnessing his fellow aspiring filmmakers quit after getting chopped repeatedly throughout the day.

This founding education in the principles of guerilla-type filmmaking would serve Theriault well in what was to become his epic journey to do what an awful lot of people sit around at home and say they could do if only they had the opportunity: make a movie.

You see, the film whose title will be mercifully reduced in this article to just CX2 will not be the product of a typical one or two month-long shooting schedule. “I shot this movie over six years,” Theriault explains. “As I saved enough money I shot for two days one year, then two days the next year, and in 2005 I finished it off by shooting for five days.” 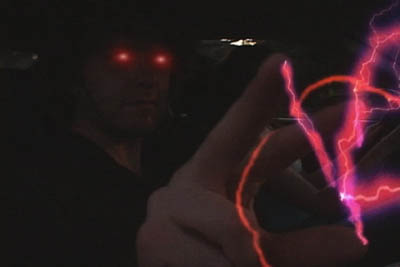 So what’s CX2 about? Here Theriault is a little vague in details while pitching the concept, but he’s heavy on enthusiasm: “It is about superhero/wrestler Cazual X’s first two months in Toronto,” he explains. He goes on to reiterate that it is part two of a larger story which Theriault has completed in written form, but he ended up combining some elements from the other parts into CX2. It’s a smart idea on his part, especially on a tightrope production such as his, to put all of his eggs into one basket. It’s not feasible to save the good stuff for the sequel when he may only get this one shot.

One of his advantages towards doing his film on a micro-budget was having the ability to enlist wrestlers for next to nothing for payment.

“The film has many wrestlers from Ontario,” he says, which he adds is going to be important to the marketing campaign. “There are appearances by Ricky Johnson, Reggie Marley, JQ Public, Mark Hamilton, Bloody Bill Skullion, Notorious T.I.D. and others,” he details, but there was one casting coup, albeit for a minor role, that rises above all other names involved.

“Probably the most known wrestler is TNA’s Eric Young,” he says, clearly excited to be able to use Young’s name in a pitch. Theriault remembers seeing Young show up on TNA and barely recognizing him from his time on the film set. In fact, the lightbulb didn’t go off until Theriault remembered that Young had signed “Showtime” next to his real name, Jeremy Fritz, on the contract. “I’ve tried contacting Young through his Myspace site, and also TNA about doing some publicity for the film,” Theriault says, and though he has not heard back from either Young or TNA he is hopeful that something will be arranged. 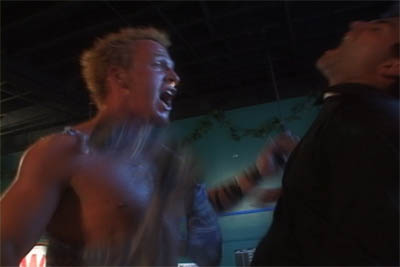 His background as a wrestler is what allowed him to secure help from others that he has worked with in the past, and he is especially (and rightfully) pleased with what he paid for “Showtime.” “I don’t want to say right now how much I paid him,” Theriault says cautiously, “but I can say I got Eric Young for less than three numbers which is unthinkable now.”

At this time, Theriault has brought the film nearly to the end of post-production, having slugged through battles such as the ever-present lack of funds and a location re-painting its interior during the long lay-off between shooting days. He sees the end in sight, however, and is planning on releasing details of a premiere in the near future. “It’s a lot harder to finish than it is to start,” he says, giving his entire production a worthy tagline that sums up his adventure thus far.

Again, the movie may not end up being any good or it may be great; that decision will be left for another time. Right now, the thing an audience should stand up and cheer for is the dogged determination of Mr. (Cazual X) Theriault.