Arnie “The Golden Boy” Skaaland, who died Tuesday, March 13, 2007, at the age of 82, was a top lightheavyweight wrestling star well before he became a key figure behind the scenes for WWE.

At 5-foot-11, 205 pounds, Skaaland was never going to be a major star in the big territories, though he claimed to have worked 10,000 matches over five decades. But around 1950, he was a top of the card grappler in lightheavy territories, like the Pacific Northwest. 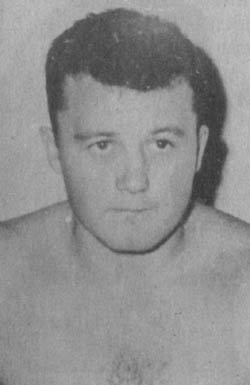 “Skaaland one of the fastest and one of the most clever wrestlers in the game today is 23 years old and rapidly headed for the top spot in the wrestling world,” wrote the Tri-City Herald in 1950.

A Seattle program from April 30, 1951, with Skaaland billed at 189 pounds from Norway, was a little more descriptive and gave a little more background into Skaaland’s life:

The final match of the evening, a forty-five minute semi-windup battle, which fits into the main event slot, and in main event calibre, brings back to the Seattle ring, the colorful young Norwegian flash, Arne Skaaland. Skaaland has been all over the country since his last appearance in the Northwest, and proved to be a press writers dream in New York and the rest of the Eastern Seaboard. The flashy Scandinavian unleashed a few of his diving dropkicks before the television cameras of New York and Chicago, and immediately he was a high favorite.

Skaaland was christened the Golden Boy during his long career through the Eastern arenas, and he’ll be out to prove he still has the golden touch when he takes on Leo ‘The Lion’ Newman, in Monday’s main event.

“He commands tremendous respect throughout the country,” proffered The Wrestling Scene in 1950.

Born January 21, 1925 in White Plains, NY, Skaaland served in the U.S. Marines during the Second World War. After his discharge, Skaaland gave boxing a try, but the amateur ranks didn’t pay the bills. Wrestling World magazine in March 1963 claimed that it was New York promoter Rudy Dusek who discovered Skaaland refereeing at an YMCA tournament. By the age of 19, Skaaland was a professional wrestler.

On the East Coast, a bigger-man’s area, Skaaland had a run in Georgia as Bobby Weaver before settling nearer to his home. In 1955, he worked a series of bouts with fellow lightheavyweight Angelo Savoldi, including boxing bouts, in Missouri. Two wrestlers will put on gloves in the main event, also probably to be to a finish in ten rounds or less, when Angelo Savoldi meets Arne Skaaland,” explained the Joplin Globe. “Savoldi, a 210-pound New Jersey ringman, will take on Skaaland, 208, of Norway, with the gloves. The two have met as grapplers before, Savoldi getting both events, even though dubious. They also have clashed in dressing room arguments.” 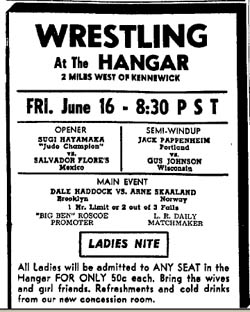 Skaaland would be a trusted lieutenant for Capitol Wrestling Corporation, consulting on booking decisions, working on shows early in the night before getting changed and heading up to the box office to oversee the evening’s take. The Westchester County Center in White Plains, NY, would be his to promote.

As a wrestler in the WWWF during the 1960s, he was pushed as a small man who had no fear, willing to take on men much larger than him. In fact, he took on the biggest of them all, and was assigned to help escort Andre the Giant around in a managerial capacity, and was a heel manager for Andre in Japan.

“The Golden Boy” was also the babyface manager for longtime WWWF champions.

On a 1980 episode of WWF Championship Wrestling, Sammartino talked about Skaaland, saying he was “a great influence in my whole wrestling career, been my manager, has helped me a lot through the years, and helped me reach my goals.” 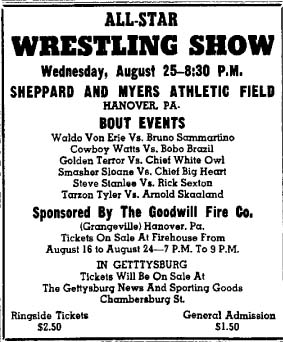 As the manager of the perennial good guys, Skaaland had a natural rivalry with managers like “Captain” Lou Albano, “Classie” Freddie Blassie and The Grand Wizard (Ernie Roth). “I was more quiet and laid-back. The other guys were out there shouting, screaming about their guys. I didn’t have to scream and shout about my guys,” Skaalanad said on the Managers DVD.

His most famous moment in the WWWF came as Backlund’s manager, throwing in the towel during a December 1983 match against The Iron Sheik, costing his charge the title. Old-school all the way, Skaaland maintained he did it to save Backlund. “I figured I didn’t want to see the kid get hurt. That’s when I threw the towel in. It was hard to do, but I’d rather do something like that than see the kid get hurt,” he said.

(His most forgettable moment? Perhaps it was appearing as the foreman of a construction site in the WWF’s 1987 Piledriver video; perhaps it was his son, George Skaaland’s, wrestling career.)

When Vincent K. McMahon decided to take his father’s company national, Skaaland was one of the trusted early investors with Gorilla Monsoon (Gino Marella) and Phil Zacko. He was given a role as a road agent. 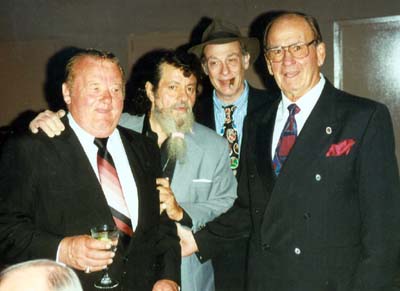 McMahon once introduced Skaaland as “a man who had a great deal to do with the building the World Wrestling Federation into what it is today,” and on the Managers DVD, called Skaaland “the most loyal person I’ve ever known in my life.” He was inducted into the WWF/WWE Hall of Fame in 1994. At the ceremony, Shane McMahon called “Arnie” the gin rummy and cribbage champ of the WWF.

Skaaland had been sick for some time, and died Tuesday with his wife Betty by his side, according to a report on the WWE.com website.