Don Leo Jonathan isn’t all that different than most grandfathers. On a recent Sunday, he took a break from watching cartoons with his grandkids to chat on the phone. “I’m getting to be quite an aficionado of Disney,” he said with a hearty laugh.

Life is good for Don Leo in Vancouver, now that he is a member of the Pro Wrestling Hall of Fame (www.pwhf.org). 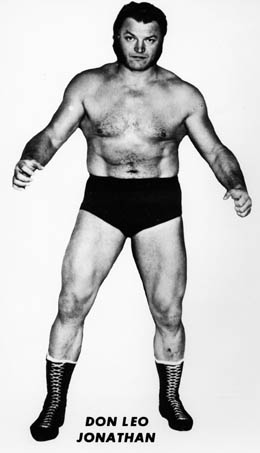 The 75-year-old reflected on his big night back in May, when he was the only living inductee in attendance. His induction speech was delivered from the heart and deeply moved the sold-out audience.

“It was just the way I felt,” said Jonathan, real name Don Heaton. “I’m not that good of a speaker.”

He was well supported during the induction weekend by family, including his wife, Rose, and his half-brother Lonnie, whom he had only met three times in his entire life before the ceremony in Amsterdam, NY.

“The Mormon Giant” from Hurricane, Utah, has had health scares over the last dozen years, including bladder cancer. The 6′-5″ Jonathan uses a cane to get around, but he’s not complaining (even if he’s shrunk from his 6′-6 1/4″ heyday in the ring).

“A lot of times people don’t take the time to look back and consider, ‘Why did I get here? How did I get here?’ There were a lot more people that deserved credit for me. I didn’t do this by myself. And anybody who tells you they did it my way, they done it themselves, it’s not reality,” he said.

Though he had a ton of success outside of wrestling in the commercial diving field, he often finds his mind drifting back to the fun times on the road. It was almost inevitable that he get into wrestling, with his father being Jonathan Delawn Heaton, aka Brother Jonathan, a well-known grappler from the 1930s who also had a chain of healthatoriums. “I’ve been around wrestlers all my life,” said Jonathan, whose father started grappling in the Navy around 1927. 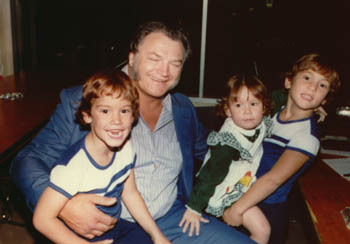 A discharged sailor, Don Leo started working for Joe Malcewicz in San Francisco after the Second World War. His career quite literally spanned the globe, usually as Don Leo Jonathan, though he was also Sonny Jonathan for a bit.

“I was a little bit different than the other guys. If you wanted to have your way with me, you earned it,” he said. Jonathan was a willing a pupil at the wrestling game, whether learning from his father and his contemporaries, or his own peers like Big Bill Miller, Lou Thesz and Stu Hart.

“Don Leo was one of my favorite men. That big man at 330 pounds could do a backflip and somersault and nip-ups like a cat. I’d hate to get mad at him at 330 pounds,” Stu Hart said of Don Leo in his 1997 chat with SLAM! Wrestling. “He worked out a lot with this Luther Lindsay who was one of the top submission wrestlers at that time. Lindsay worked out a lot with Don Leo. Don Leo in Lindsay’s words, he didn’t know enough people who could get close enough to Don Leo Jonathan to even take him down. That at 330 pounds, 6’6″, one of the best big built men in the industry.”

Canada is a regular theme in Jonathan’s career. He first came north with his father in the mid-1930s when he was about five years old. During his own career, Don Leo would headline across the country. He can tell riot stories from Winnipeg, Toronto, Calgary, Montreal and everywhere in between.

“I must have hit every bloody lake in Quebec just because someone told me the trout fishing was good!” he joked. “Going out into the townships in Montreal… I loved making those trips, and I’d do them myself because I would shoot all the way up there. I’d shoot crows and foxes.”

In the end, Vancouver, British Columbia became home in 1963. He’d been on the road since 1949 when he left the Navy. It was time to settle down. “Over the thousands and thousands of matches, I’ve wrestled right here in Vancouver in the Gardens 420 times — in one building!” 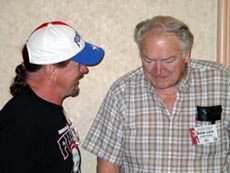 Unlike a lot of wrestling, Jonathan had a secondary career to fall back on when he couldn’t go anymore. “I left the business because I got hurt … I couldn’t give 110% to the fans and to the people that backed me. Due to that, I quit, other than try to keep going on without being able to give my full self to the sport.”

Towards the end of the conversation, Jonathan gets slightly nostalgic. “When you stop and think about all those guys that I knew, that I trained with, they were some of the best that there was. There may never be men as good as those guys, like [George] Gordienko, and Luther Lindsay, and Bill Miller. There may never be guys like them again.”

But he’s never one to forget others. A pat on the back goes out to you, the fans. “The thing is the fans don’t get enough credit, because without them, we wouldn’t have had a business.”