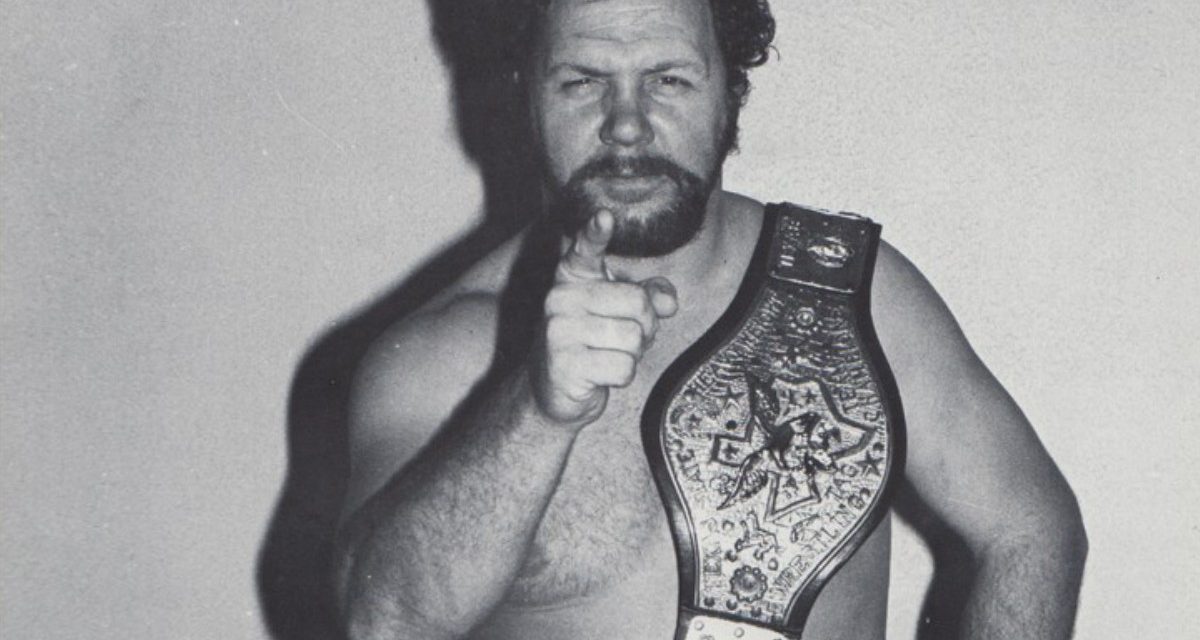 While “Wild” serves as one of Bill White’s several wrestling monikers, it also applies to his legacy in the sport.

He wrestled throughout every major territory and promotion before finishing wrestling full time in 1987 to begin a career in private enterprise. Although White wasn’t an established main eventer, he helped to elevate many guys to reach great heights with both his solid styles of wrestling and psychology. 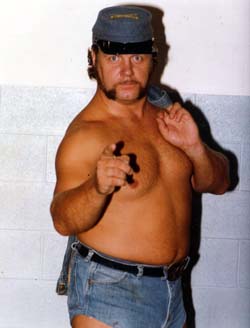 White was born February 27, 1945 in Philadelphia. He played football, baseball and was an amateur wrestler while in school.

His pro wrestling career began in 1964 while assisting John Heath with coaching wrestling at a Catholic high school in Sarasota, Florida. White went up to Tampa to a youth camp that was ran by Eddie Graham to put on a wrestling demonstration.

“While there, I was asked to go and see a pro wrestling event at the Sportatorium,” explained White to SLAM! Wrestling. “I was set up for a tryout because I was told I had potential of being a professional wrestler.”

From there, Eddie Graham and Cowboy Luttrell sent White to Nashville to work under the guidance of Nick Gulas.

After spending a year in the Tennessee territory, White went to the West Coast to wrestle in Southern California for Roy Shire from 1965 to 1967 and tangled with the likes of Peter Maivia, Mr. Fuji and Gene LeBell.

Both Chief Jay Strongbow and Gorilla Monsoon helped White land an interview with Vincent J. McMahon, which led to him working for the WWWF.

He grappled with numerous individuals such as Johnny Rodz, Victor Rivera, Jimmy Valiant, and Don Muraco while in the Northeast.

“When I was told I was going to the Garden, I felt very privileged,” said White. “There was a lot of younger, up and coming guys at the time that I thought could use a better push, but they wanted me to do it to work with Jimmy.”

It was Vince McMahon Sr. that booked the aforementioned match, according to White.

After finishing up with the WWWF in 1981, White headed back to Florida to wrestle for Eddie Graham for about a year.

“He was a hell of a worker, big bump taker,” said Rene Goulet, who partnered with him on occasion in Charlotte in 1977. “He could move in the ring and never stop. He was good.”

Crockett sent White to numerous places to wrestle such as Texas for Fritz Von Erich, Puerto Rico where he wrestled as one of the Masked Medics and Verne Gagne ‘s AWA where he worked programs with Greg Gagne, Jesse Ventura and Otto Wanz.

“I can’t complain about anything that the Crocketts ever did for me,” explained White. “Whatever they did, they did it in my favor. They had me treated well no matter where I went.” 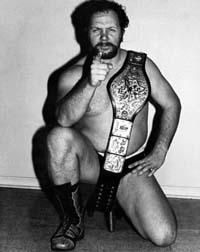 White shared numerous stories about the dangers of working in Puerto Rico. He recounted a time when Puerto Rico’s very own Carlos Colón (father of current WWE Superstar Carlito) worked a program against him and Roberto Soto that ended in chaos.

“We were working a deal where we put Carlos in the hospital with seven stitches in his head. The ambulance came and took him off. The people jumped me and Roberto, and we had to fight our way back to the dressing room. Finally, they tore a table apart and were coming at us. Somehow, somebody got in the balcony above us and they swung this table leg down catching me in the side of the head.”

To this day, Puerto Rican wrestling fans are known as some of the most rowdy and passionate crowds throughout the world.

“Literally outside of Roberto Clemente Stadium where they sell the tickets, they were selling rocks with your name on them,” explained White. “When you got in the ring and had your match; you knew you were doing the right thing because people would throw these rocks at you.

“Roberto and I were the champions down there. We had just won the match — I believe we were in Manatí. Anyway, this guy jumped up on the ring apron. He swung at me, and I jumped back. When I jumped back, he caught me across the chest with what I think was a straight razor. I’m not sure, but it cut my chest. I hit that man with the belt on the side of face, and I really felt sorry for him. He was bleeding awfully bad. I was saving my life though.”

Currently, White resides in Duncan, South Carolina where he serves as a certified insurance adjuster, manager of a trucking company, certified scuba driver, and trainer for those who wish to enter the world of wrestling. He also works the occasional independent show when called upon by colleagues or his son Adam who runs a promotion in Peoria, Illinois.

White was honored at this year’s CAC awards banquet in Las Vegas, where the smile hardly left his face (except, perhaps, when things weren’t going his way in the cribbage games). 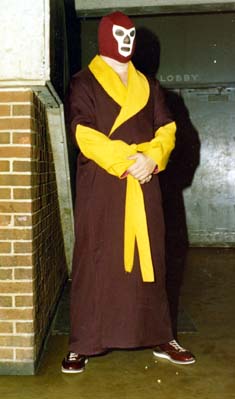 White under a mask

Introduced as a “solid blue-collar worker elevating others” by Les Thatcher, White shared some advice for some of the young workers in the crowd, many of whom had participated in the training sessions over the weekend.

Thatcher further praised White. “I think Bill’s contribution to the business was his ability to make others look good in the ring. As I said during the presentation: guys like Bill are the foundation, the heart of the industry. Without people like this it would be difficult for the top stars to get over. There have always been individuals who were pushed because of something other then their in ring skills, and it takes people like Bill White to make them look good to the public.

“Those starting out in the business would do well to have Bill’s focus, and drive to excel,” continued Thatcher. “He was always open to suggestions as how to improve his work, and would do his best every time he stepped between the ropes. Once he became a veteran and knew his strong points he always worked to insure getting his opponent over.” 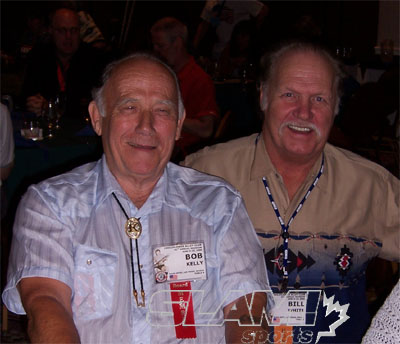 White modestly summed up his thoughts and feelings with SLAM! Wrestling about being honored by the Cauliflower Alley Club: “To be recognized by the CAC means to be recognized by your peers for the job you’ve done; it really makes me feel good. I am humbled in their presence. I have made many, many friends. I enjoyed working and being around them.”