LAS VEGAS — It may have been Harley Race’s night, receiving the top honour in pro wrestling and all, but it was his old partner Larry “The Axe” Hennig who really went over Saturday night.

Race was given the Iron Mike Mazurki award for his accomplishments during his stellar career at the annual Cauliflower Alley Club (CAC) banquet. He acknowledged that there is nothing that compares to being paid tribute to by one’s peers. 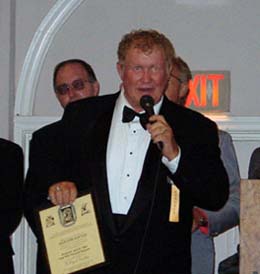 The evening’s co-M.C. Nick Bockwinkel (with J.J. Dillon), introduced Race with a comparison of his own relatively light schedule as AWA World champ to that of NWA World champ Race, who would work 400 dates a year.

Bockwinkel called Race “one of the hardest working, toughest, most rugged S.O.B.s that this profession has ever had.”

“I could cut a promo on probably 90% of the people in this room, but tonight’s not promo time,” Race said. “I just want to say to everybody that my entire life has been professional wrestling.”

He also made reference to the many fans in attendance. “From the absolute bottom of my heart, I thank each one of you, especially the wrestling fans that are here; without them, we would never, ever have went anywhere. Thank you all very much.”

While on stage, Race paid tribute to his many friends in the audience, a few of his students from his Missouri school, his wife B.J., and his AWA tag team championship partner Hennig, whom he called “more like a brother than a friend.”

It was The Axe that provided the biggest laughs of the night, even if much of it was unplanned.

While Art Abrams Lifetime Achievement Award winner Eddie Sharkey’s story was being recounted to the audience, especially his teaming with Rene Goulet against Race and Hennig, The Axe roared out from the crowd, “and we kicked the shit out of them.”

“This is a kicker for me. I have to stand up here and praise Verne Gagne,” Bockwinkel explained with a dramatic pause. “One more job.”

The former AWA World champ then called on Hennig to come on stage and talk about Gagne. It was not exactly a glowing tribute for the former U.S. Olympian who went on to a top-notch pro career, including multiple AWA World title runs, before becoming the promoter for the AWA.

Hennig immediately struck a blow. “Verne Gagne and Jesse Ventura are in Washington leading a gay rights parade,” he joked, continuing the onslaught. “Verne Gagne is the only man who could shake your hand and pick your pocket at the same time. He never had a problem doing that.”

Looking around at the audience, The Axe asked, “How did I get in this spot?”

Just as he seemed to be getting serious, the knife was twisted a little further. “Anyway, I guess Verne’s health isn’t doing too well right now. He had some heart problems, and I found that hard to believe because I never thought he had a heart to start with.”

The Axe did acknowledge Gagne’s role in his own career, and that of his son, “Mr. Perfect” Curt Hennig. “Twenty years, my boy started wrestling, and he still charged me $5,000. What can I say? Anyway, I guess I’ve got to thank Verne in the long way around for getting me started, and I appreciate it. There are a lot of pros and a lot of negatives with him. We never did get along very well, but I guess as I get older, I’m starting to mellow.”

“Mellow” is actually a decent way to describe the entire night in Las Vegas at the annual gathering. It was not a high-flying, spot-fest match of today, but a more strung out, considered, 20-minute Broadway (draw). Honorees were sincere in their appreciation, as they took their framed certificate and Cauliflower Alley Club belt buckle.

The evening started out on a sombre note, with tribute paid to two posthumous honorees, Vivian Vachon and “King of Wrestling” Bobby Shane, and the role call of wrestlers who have died since the last gathering. Recording artist and former wrestler Karl Roach sang “A Wrestler’s Prayer” — written by Len Rossi for his late son Joey Rossi — and then sang an original song about Shane, written by Alfred Ticineto, Jr., who claimed the honour on behalf of Shane’s widow.

Both Paul “Butcher” Vachon and Maurice “Mad Dog” Vachon talked a little about their sister, the youngest of the family, who was killed in 1991, along with her daughter, when struck by a drunk driver.

“All she wanted to do was wrestle,” said The Butcher. “If my sister Vivian Vachon is not in heaven, I don’t want to go.”

Mad Dog talked about how tough his sister was, and introduced his ex-brother-in-law Les “Buddy” Wolff. “If know if there is such a thing, my sister is in Cauliflower Alley heaven.” 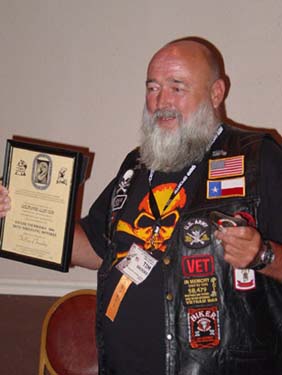 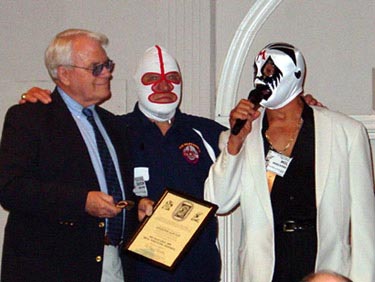