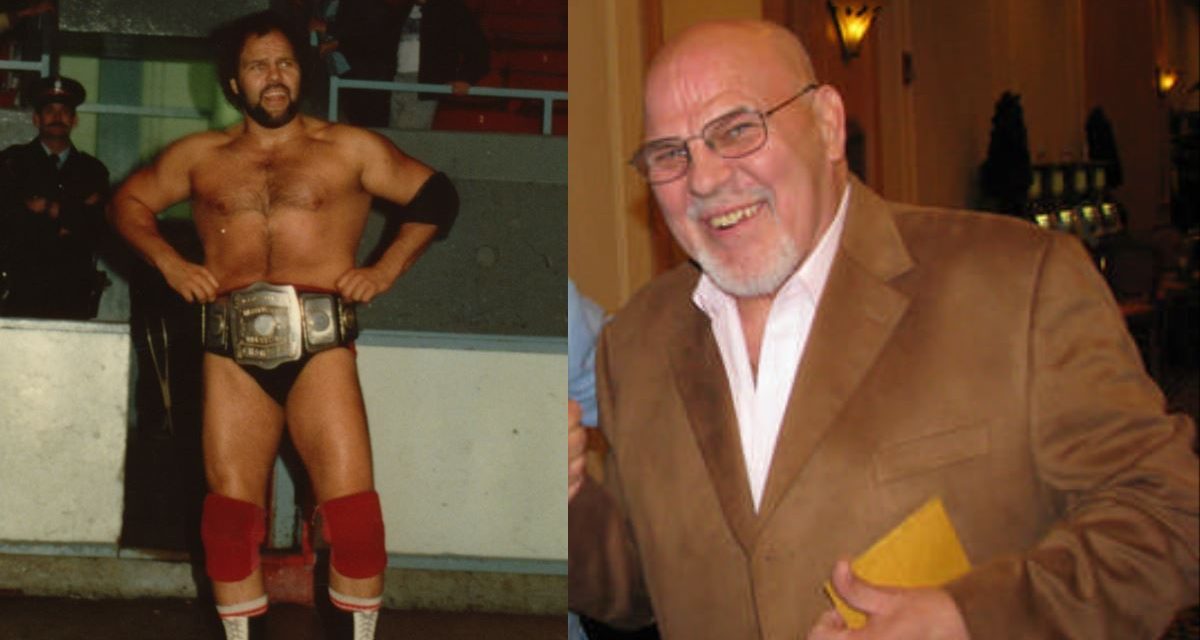 The last few months have been slow ones for Leo Burke, but things are starting to pick up again. Of course, it helps that he can move again.

The 57-year-old Burke has had both knees replaced, the right one in November and the left one a month ago in February.

“It’s pretty boring. You can only read the paper for so long. Especially now that I’m starting to walk, I can see that I’m anxious to get back on track,” Burke told SLAM! Wrestling from the home of his daughter in Calgary. His own place has too many stairs for him to live at while rehabbing the knees. 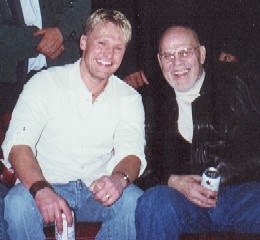 Heath McCoy, author of Pain and Passion: The History of Stampede Wrestling, and Leo Burke. Photo by Bob Leonard

He explained the status of his knees: “The right one is actually good as new, almost. And the left one, there was a little complication at the beginning. There was bleeding and they didn’t know what to do. They thought for a while they’d have to undo everything and do it again. But finally, they put a needle in, and drew some blood out and it dissipated on its own.”

Though it’ll be another two months before he’s totally good to go — including back to work at a Calgary watering hole – he can see the progress. “It’s a big improvement from week to week. I’m walking without a cane and everything right now.”

The former Stampede Wrestling North American champion had been thinking about having his knees done for a long time. “They’ve been wanting to do my knees for 15 years. I kept looking, and I saw guys getting theirs done, and they are worse off after,” he explained. “I was not too enthused. My knees were weak, they wouldn’t bend, but they weren’t throbbing or anything. My brother, Rudy, had his done, and his knees were throbbing so bad he couldn’t sleep at night. But I’m glad I waited this is really working out. Of course, they’re getting better every year. I’m very, very pleased. I’ll be dancing come summer, but not wrestling!”

Burke has that dancing in mind; he wants to go home to New Brunswick in May for a huge celebration of the success of the Cormier family in pro wrestling. Burke, his brothers Bobby and Rudy Kay, and his oldest brother The Beast (Yvon) will be feted by their hometown of Memrancook, NB, with an all-day celebration. It’ll start with a meet-and-greet, then a dinner, and go into the wee hours with singing and dancing.

“They’ve been after me for three years to go down, and for one reason or another I didn’t have time to make it. This time, I told them I was having my knees done, so I’d be ready in April,” he said.

The date is May 13th, and Burke hasn’t been to the Maritimes since 2000, when he took some of his wrestling students out to a WCW show for a tryout. But he was too busy to get much visiting in. The hope is that many of the Maritime wrestling greats like Emile Dupre, Stompin Paul Peller and Big Stephen Petitpas make it out to the celebration as well.

Burke still tries to keep track of some of his old students, wrestlers sent to him by the WWE for polishing. In fact, he got a call from Mark Henry just before Christmas, just to say thanks for the help Burke gave him all those years ago. He was pleased to hear that Test (Andrew Martin) might be on his way back to WWE as well.