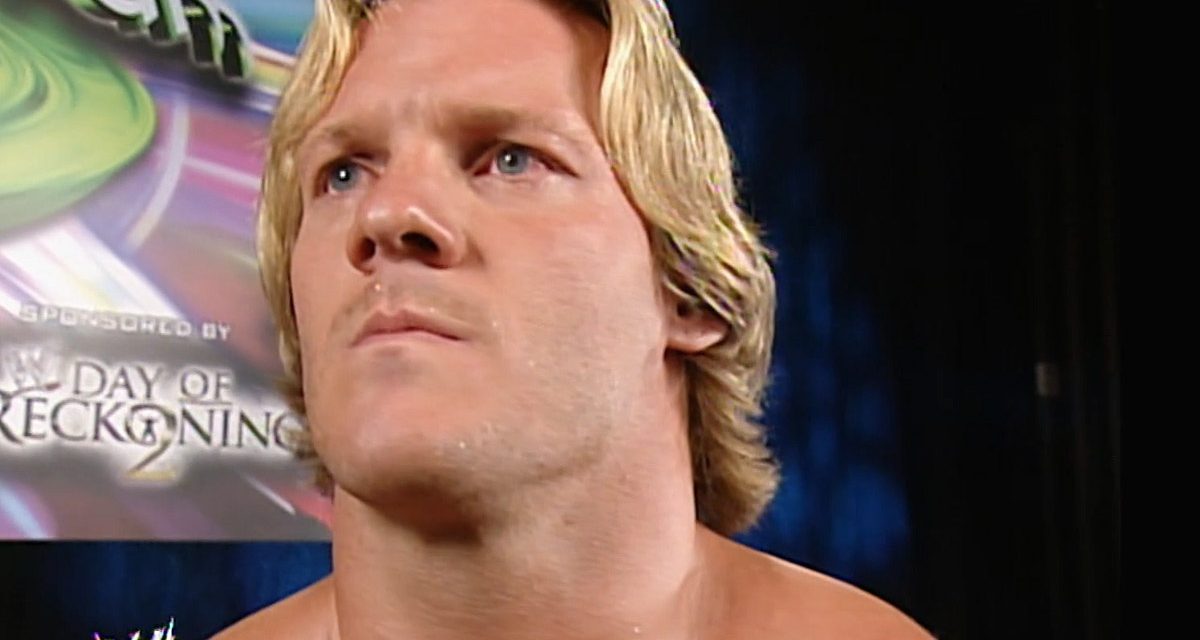 Of all of the wrestlers on the WWE Raw roster, none may be more excited for Summerslam this Sunday than Chris Jericho.

Jericho will be squaring off with John Cena this Sunday for the WWE Heavyweight Championship, in a bout that has been a long time coming for the man known to his fans as “Y2J”. The feud represents the first time Jericho’s name has been atop the WWE marquee for quite some time.

“You never know what they’re going to do. You go through peaks and valleys, ups and downs with the WWE, and I haven’t done anything at this level for a while, as far as being at the championship level, because most of the time I just wasn’t involved with the other guys,” Jericho told SLAM! Wrestling during a recent autograph session in Winnipeg.

Jericho’s anticipation for the bout is not only due to the top-level status of the match, but also in his opponent, one that Jericho (real name Chris Irvine) had a feeling would be a big star in the business. “I think we’re a good match,” Jericho said. “If you remember, three years ago, I helped John first break out of his shell. I worked with him on a pay-per-view. I requested to work with him when no one really knew who he was, and the company kind of thought he didn’t have much of a personality. I disagreed with them, and three years later here we are; so I’m a prophet.”

The two wrestlers have a lot in common, in that they are both crossover stars. Both Cena and Y2J have been successful in the music business, with their respective CD releases selling strongly and drawing sizeable crowds to live performances. Jericho’s crossover does not end there, however, as he is hoping to get into acting as well.

“It’s something that I’ve thought about. I’ve actually been studying acting for the last couple of years and kind of dabbling in it and I’m actually getting the opportunity to possibly get a few parts upcoming, which is great,” Jericho said. “I think there’s a lot of stuff I’d like to do in the entertainment/show business world outside of wrestling.”

Until he reaches the silver screen, Jericho will be satisfied to get a foot in the DVD market. While WWE produced a home video of Y2J shortly after his arrival to the Fed, the offering was not as large as today’s releases, which feature both documentary and matches. Jericho is hopeful that such a project could happen.

“That kind of pisses me off, actually, that they haven’t asked me to do a DVD or a book or movie,” Jericho said with a laugh. “I think I’d have a great DVD because they own all of the footage of my past, between Smokey Mountain Wrestling, ECW, WCW and WWE. The fans always come up to me and remind me of certain things that I’ve done and you just totally forget about that stuff. You think back, and I could have a three-DVD set: one with old matches, two with all serious angles and three with pure comedy, because I’ve been involved in a lot of funny stuff that they just forget about.”

So what would Jericho like to see on such a compilation? “I would love to do a DVD with a lot of the stuff from my first heel turn in WCW,” he said. “There’s so much stuff. I’d really have to sit down and go through it. I keep a list of every match I’ve ever had, just go through all the lists and pick out the experiences. I think it would be a hell of a compilation.”