VANCOUVER — It’s been nearly two decades since wrestling fans in the Lower Mainland could turn on their television sets on Saturday afternoons to watch local wrestlers perform in the ring, but a new deal between KVOS-TV and Top Ranked Wrestling, a local wrestling promotion based out of Abbotsford, B.C., is set to bring back the magic.

Starting Saturday, September 10th at 1 p.m., fans can set their dial to KVOS and watch an hour-long wrestling show taped in places like Abbotsford and Cloverdale. But the deal reached between KVOS and TRW signifies more than just a chance to raise the public’s awareness of local independent wrestling — it also signals the potential return of pro wrestling as a valid option for family entertainment: something many would argue it has not been for a very long time. 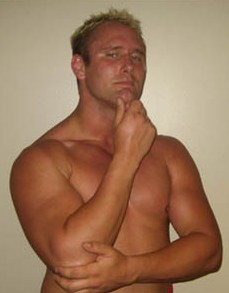 Dave Reid, the general manager over at KVOS-TV, is familiar with wrestling and says the “evolution” of the sport is what has traditionally kept local TV stations from carrying any kind of local wrestling show. “Wrestling has been a popular form of entertainment since ancient times,” Reid said in a recent interview. “In the early days of television, wrestling was featured as a weekly staple. In those days, a strong fan base was created, but the product began to lose credibility as the promoters took over. Then, the environment surrounding the wrestling events became less family-friendly, and as a television programming product, television stations such as KVOS became uncomfortable carrying the wrestling events.”

Long-time wrestling fans will remember the glory days of All-Star Wrestling — the televised wrestling show which aired Saturdays on BCTV until the ’80s. In the wrestling universe, those days were like a different galaxy, explains the co-promoter of TRW, Layne Fontaine.

“Ten years ago, you never saw anything lewd or crude,” Fontaine says of the past era of wrestling. “Wrestling was big back then. Then it turned into a sleaze show.”

The “Attitude” Era of World Wrestling Entertainment — Vince MacMahon’s juggernaut that produces the weekly Raw and Smackdown! shows — is perhaps the perfect illustration of this. During this era, wrestling morphed into “sports entertainment” and became more about hot women and the middle finger than the physical act of wrestling itself. When the world of pro wrestling began to turn this way, television executives understandably got a little nervous.

On the local level, this meant independent wrestling shows were relegated to community halls and recreation centers. And while there are quite a few local fans who are very loyal to the independent circuit, much of the amazing wrestling talent that exists in the Pacific Northwest territory remains virtually unknown to the average person on the street. And while some promotions attempted to broker a deal with local TV stations, they could not succeed with a show that advocated the use of steel chairs as weapons, women in skimpy skirts as valets and the existence of a “hardcore” title.

So how was TRW able to succeed where other wrestling promotions failed? “We have a family show,” Fontaine says of TRW, “other promotions don’t.” It was this fact that has not only allowed continued success for TRW, but also this television deal that could elevate this small local promotion to new heights.

“TRW has kept their product clean and family friendly,” Reid said. “The people associated with the events in Abbotsford are honorable, and are determined to keep the venue family friendly. KVOS saw an opportunity to become the medium of delivery of this great product into the homes of many formerly disenfranchised fans who would love to see clean wrestling back on television.”

But while TRW’s vision of a family-friendly show is one major aspect on wrestling returning to the airwaves, it is not the only one. Another major factor in this deal is the man that brokered the deal in the first place — Kevin MacDonald, the man behind ValleyNewsCentral.com, a news website based out of Abbotsford. 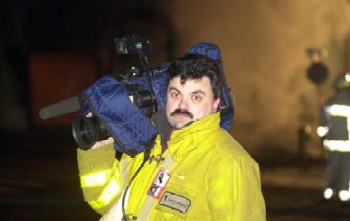 MacDonald has garnered a reputation as being a respected video journalist who has filmed some of the Fraser Valley’s most compelling news video. MacDonald has also been filming many of TRW’s recent shows in Abbotsford and Cloverdale and realized that the promotion was different than many of the other ones. He saw an opportunity, and as he tells it, decided to roll the dice.

“All along we knew that we wanted to put TRW on TV,” MacDonald says. “And knowing the market like I do, I thought KVOS would be a great fit. I started by putting together a pilot from the April show. I went to KVOS and pitched the show telling them about the good old days when wrestling used to be on TV. It turns out the general manager used to watch wrestling and when he saw the pilot tape, said it reminded him of old school wrestling.”

While MacDonald shies away from taking credit for this deal, Layne Fontaine says, in many respects, he is the only one that should be taking credit for it. “While in many ways it has been a group effort, Kevin MacDonald is the reason TRW is going to be on TV.” MacDonald just shrugs his shoulders at this compliment and insists he is just doing what he feels needs to be done.

“I will do whatever it takes to make this work,” he promised. “The local indy wrestling scene has needed this for a long time.” Doing “whatever” is going to mean putting some of MacDonald’s other projects on hold for a bit — including collecting news video. “This going to take all my time to get this off the ground, but that’s okay. I have a never-say-die attitude and I am used to working around the clock to get a project completed.”

TRW is busily preparing as well. While certain technical aspects of putting on their shows may change, the promotion has not forgotten what brought them to the dance. “If it ain’t broke, don’t fix it,” Fontaine said, echoing the promotion’s philosophy. Still, putting on a wrestling show is a lot of work. And a spot on TV isn’t necessarily the magic bullet that will return wrestling to its glory days.

“Being on TV is certainly progress,” Fontaine continued, “but it’s not everything. We still have to put up posters and promote the local shows. If anything, we have to work twice as hard now. We’re going to make this work.”

Because it’s not like KVOS has just given TRW and Kevin MacDonald a free pass. “The conditions of the deal are simply that Kevin’s production company will deliver a clean, well-produced hour of wrestling,” Reid explained. “The program will meet FCC standards, and will be technically sound.”

MacDonald says fulfilling that promise won’t be an issue. “As long as it stays family friendly and we stick to what our philosophy is, we’ll have no problems.” MacDonald also says that helping KVOS sell ads during their one-hour time slot will be a huge plus as well. But he is eagerly anticipating the opportunity to give local wrestling fans what they want. “The fans will get interviews and instant replays, so it should be a fun show to watch. I know I’m looking forward to producing it and working with the wrestlers.”

For those wishing to take part in this experience, TRW will begin taping its shows starting with their July 2nd show in Abbotsford. Fans are welcome to come and watch the shows live – the more, the merrier. Fontaine promises a fun, entertaining and family-friendly show for all that attend. The way he sees it, they deserve at least that.

“The fans are also what got us on T.V.,” he said. “Ultimately, what’s best for the fans is what is best for us.”