CM Punk mulls over his future

BUFFALO, NY — CM Punk was a busy man Saturday night before the debut Ring of Honor show in Buffalo. He sat down with Slam Wrestling for a few minutes in between preparations to talk about a WWE deal on the table, his future, federation competition, and Starbucks.

Slam Wrestling – There are a lot of people interested in your future right now. How do you like being talked about so much?

CM Punk – It’s a good time to be CM Punk right now. Not that it’s ever a bad time to be CM Punk, but right now it’s a lot of fun. This is probably only going to happen to me once the way the wrestling business is, with there being only one place to make a living and TNA trying their best to make it two places. I’m probably never going to see this much attention in my career so I’m just trying to enjoy it. 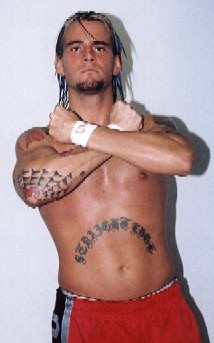 Slam Wrestling – How important are you and Ring of Honor to each other?

CM Punk – I hate talking about myself in the third person and I hate making it sound like I’m putting myself over, but I guess you can’t talk about Ring of Honor without mentioning me. Ring of Honor is extremely important to me, I’m pretty sure everybody knows that, and maybe to a lesser extent know how important I am to Ring of Honor. I don’t think a lot of fans realize that I run the school, do the commentary, I have tremendous input in what goes on and who gets used and who gets brought in. I don’t know, I guess I’m one of the main event guys, aren’t I?

Slam Wrestling – With all the online griping about Triple H’s influence on the WWE, isn’t it a blessing that the fans don’t know about yours?

CM Punk – (Laughs) I think so. Anybody wants to call me the Triple H of Ring of Honor, I think that’s hilarious. I would prefer to call Triple H the CM Punk of the WWE.

Slam Wrestling – Every business goes through highs and lows. What’s your impression of the state of wrestling today?

CM Punk – Oh, it’s in the crapper. I mean there’s one place to work if you want to make a living. Put it this way: I think if TNA was a healthier company, I think I’d probably be somewhere already. But I think the WWE knows that TNA doesn’t have TV and they’re not going to be signing anybody so they can maybe bide their time with talent. Whereas if there were two companies like when it was WCW and WWE, you either go to one or the other. And if someone really wanted you they would have a bidding war and they would snatch you up. I’d like to think that the wrestling business in the next few years is going to be on the upswing and I’m going to be on top of it. It’ll come around, it just takes time.

Slam Wrestling – Roger Clemens left a team in Boston that had a chance to beat the Yankees and instead helped the Yankees win, when staying where he was and winning might have been more meaningful. At what point do you cut off your personal desires in exchange for being part of something special?

CM Punk – That’s a great question, and for the past week that’s where my head has been, so you now have a little insight on what goes on in my head. I’ve been sitting on an offer for a week and I’ve been thinking about it, and I think it means the world that I’ve been given the time to think. They didn’t try to rush me into anything – they gave me time to think.

Slam Wrestling – Only one offer?

CM Punk – Obviously there’s TNA, but how much of an offer can they give me if they don’t have TV?

Slam Wrestling – What are the chances of getting Ring of Honor that all-important TV show?

CM Punk – The only way Ring of Honor is going to get TV is if a billionaire suddenly decides to give us a million dollars or if we get put on some kind of network or station where we don’t have to fund it. It’s that simple, so translation: it’s not going to happen anytime soon.

Slam Wrestling – How much are you looking forward to making your decision and moving on?

CM Punk – You end one part of your life, a new chapter opens, and that’s where I’m at right now. I normally get to do things on my terms and run things and make my own rules, so I’d like to think that if I was to leave Ring of Honor I would go out my own way and be able to tell the story the way I wanted to tell it.

Slam Wrestling – What other goals do you have for yourself within the next year?

CM Punk – To have invested whatever money I have made in the next year into something that is going to grow and make more money for me if I was to ever not be able to wrestle. My goal is to have a condo in Chicago, a bulldog named Dynamite and maybe a Starbucks.

Slam Wrestling – Anything else you’d like to put out there?

CM Punk – Unfortunately I don’t have all the info on me now but everybody should give money to the Chris Candido Memorial Fund.