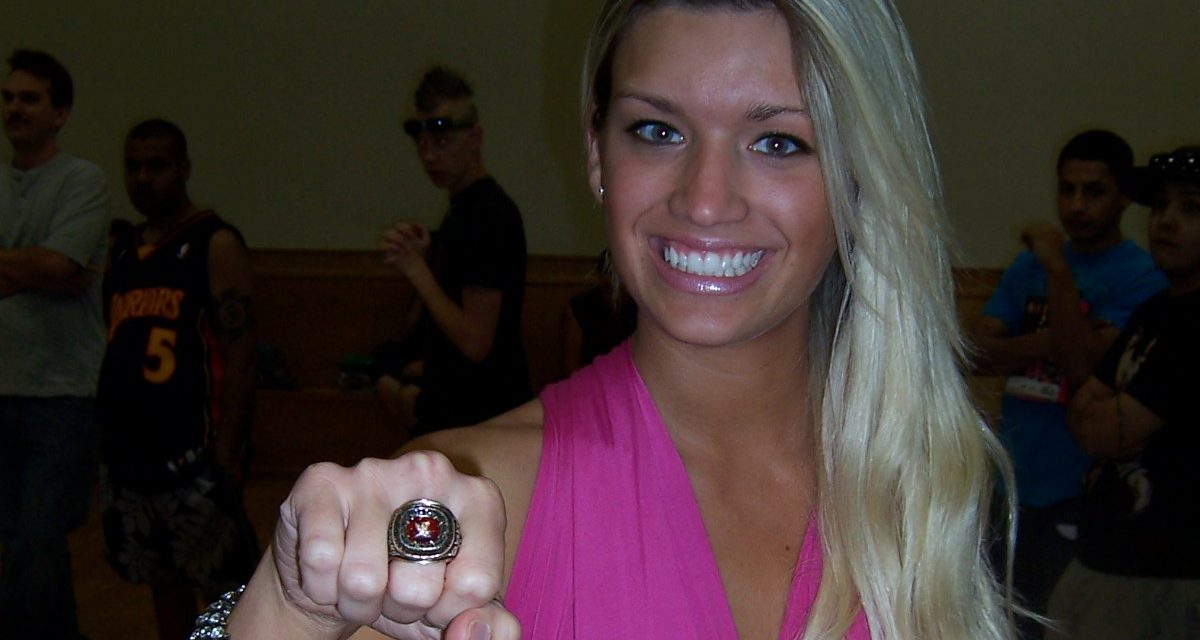 The pressure of following in famous footsteps is tough. In the wrestling world, David Sammartino, David Flair and Scott Putski never hit the stardom of their fathers. For Lacey Von Erich, the first third-generation Von Erich, it’s more about Randy Orton, The Rock and Jake Roberts, who exceeded their fathers’ fame.

Lacey is the 21-year-old daughter of the late Kerry Von Erich, who committed suicide in 1993. During his peak, he was considered one of the best performers in the world, including capturing the NWA World Title in 1984 from Ric Flair. His matches with Flair, with many one-hour draws, are considered some of the most compelling matches of the 1980s. 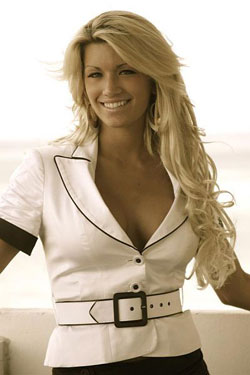 The tragedy of his death does not end at her father. Lacey has seen three uncles, all who performed in the ring, die at a young age. Her grandfather, Fritz, started the Von Erich name when soon after his debut in 1958. First known as a heel, he would be become a favorite in the years before his official retirement in 1982 (he occasionally wrestled after). He would go on to introduce his sons, who he often claimed would ‘all be future World champions.’

Lacey was resistant to remember the glory days of the Von Erich family when speaking to SLAM! Wrestling.

“It hurts,” said Lacey Von Erich, whose real name is Lacey Adkisson. Lacey affectionately called her father “daddy” throughout the interview, a sadness in her voice when talking about him.

“His death was hard. I was in counseling for a long time.”

Lacey was seven when her father died. “I remember he would tuck a razor blade in his boot,” Lacey said, recalling a story about her father. “He would cut the same place on his head. Sometimes my mother, sister and I would have to drive him to the hospital if he cut himself too deep.”

Lacey was invited to a WWE RAW event in Texas in the summer of 2007. The WWE was working with her one living uncle, Kevin, in the production of what would become The Triumph and Tragedy of World Class Championship Wrestling DVD. She loved being backstage.

It was there she saw Ric Flair, who she remembered watching tapes of him wrestling her father. “He talked bad about my father in interviews, and I remembered that. So when I met him, I was mad at him,” she paused to laugh. “I later realized he was acting.”

She never watched the DVD. She said it would be just too hard to do.

Despite her lack of wrestling background and being a mother of a young child, Von Erich was signed to a WWE contract in August 2007 and sent to Florida Championship Wrestling in Tampa, Fla. She immediately knew this is what she wanted to do.

“I loved the training, even though it was tough,” Lacey said about being in the ring for the first time. She would go onto to wrestle another third-generation wrestler, Nattie Neidhart, in her first match.

In November, she was released by the WWE. Lacey was having trouble, but it had nothing to do with wrestling.

“I totaled my car a week after getting it. I had some roommate and living problems, and so I asked to be moved to Ohio Valley Wrestling (in Louisville, Ky.),” she said.

She knew if she could just avoid the mishaps that seemed to come with her life in Tampa, she would be okay. WWE declined her offer.

“We both agreed that I needed to get out of Tampa. He said that they could talk again in six months.”

Lacey wanted to show the WWE that she wanted to be a wrestler. She has since been taking independent bookings off her Myspace page, including upcoming bookings in Texas, New Jersey and North Carolina.

“I want to show the WWE that I am still interested and wanting to return. I am open to new opportunities and hope to wrestle and travel all over.”

Lacey currently runs her own advertising company out of California and has just completed her personal web site. Fans can buy merchandise, as well as find out where she will be appearing.

There is great pride in carrying the Von Erich name, she said. “I want to be the third generation of Von Erichs, and make my granddad proud.” Making her father proud means treating fans in the same way that he always did; she is always hearing stories about him from wrestlers and fans. “He was someone with a good heart and a good person.”