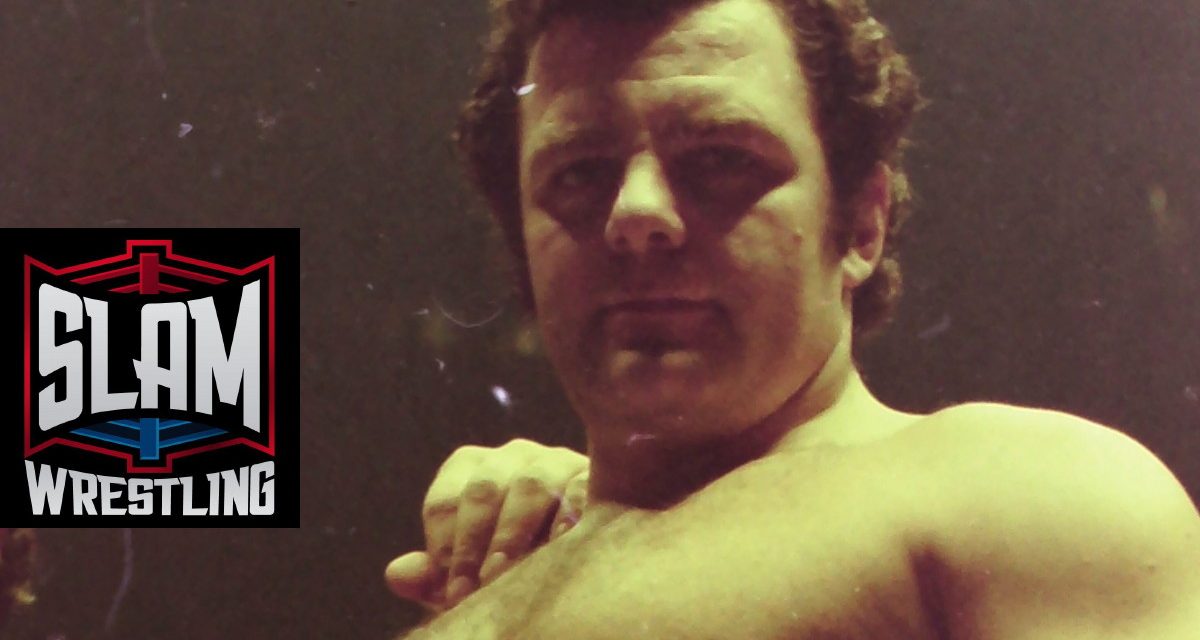 MONTREAL — Friday evening, yet another new wrestling federation was born in Québec. Already rich with more than a dozen wrestling federations, the Montreal Wrestling Organization had to do something to set themselves apart from the others. And they did just that.

Partway through the show, a special presentation was made to Gino Brito for his years of involvement in Quebec wrestling, both as a wrestler or a promoter of the famed International Wrestling (the last federation to have a regular television weekly show). Don Paysan was ready to present Mr. Brito with a special plaque when the celebration was interrupted by Santino Italiano who accused Brito of being a has-been and not deserving of the award. The commissioner then announced that for the Santino vs Paysan match later on, Gino Brito would be the special guest referee.

In the evening’s semi-final, Paysan and Italiano took turns stunning the fans with non-stop action in a long match, only to have Brito count out both wrestlers. Unhappy with the decision, Santino complained to Brito. His dignity insulted, Brito slammed a stunned Santino, possibly setting the stage for another match for the 63-year-old Brito.

The rest of the card went down smoothly at the Gauntlet Centre in the St. Vicente-Marie church. About 150 were at the show. Unlike many other news federations, the MWO had a great technical team; the music was great and with a nice set up for the wrestlers’ entrances, ramp and all. The only major flaw would be the low ceiling which prevented many from showcasing their high-flying talent. But wrestling talent there was.

The show got under way on time with a Fatal Four-Way Qualifying Match for the Super Junior Weight Championship, with Hashinoku vs Zack Wylder vs Scorpion Kidd vs Billy Joe Duncan. This was an excellent first match to set the tone for the whole card. The four grapplers, all ex-Jacques Rougeau Jr. wrestling school students, put on a great match even though they hadn’t wrestled in a while. Zack Wylder came out on top of the match. For some reasons, at the end of the match Hashinoku got attacked by the other three.

The second match had French Fly accompanied by his posse, T-Unit, against Ray in a comedic match that had everyone rolling with laughter. The allusions to the French/English friendly battles took new twists and turns during this match with French Fly coming out with a victory, only to have Joe “King Presley” appear at ringside and challenge French Fly to a dancing contest, but after they fled the ring, King smashes his guitar on Ray which makes the commissioner set up a match at the next MWO show in a guitar in a pole affair.

Up and coming Superstar Shane Hawk was next against Red Flame Pants in a very stiff match. Hawk’s kicks are something to see, high and hard. After causing Flaming to bleed from a kick to the face, Superstar scored the victory.

This was followed by the second round of elimination match, a special fatal four way for the Super Junior weight belt with Kid Kamikaze, Damian, Player Uno and Trip2night going for the win. This match had many comic moments with all wrestlers holding each other in a submitting move at the same time, but also many high power moves, only to see Damian as the winner.

Since Vanessa Kraven had to cancel her appearance due to illness, the comic Dollar Bill offered his services to wrestle the beautiful Moonlight. Bill went through his regular antics to make everyone burst in laughter, insulting the talented Moonlight, but only to see her take the win, despite much interference by T-Unit and French Fly.

A scramble four way tag team match usually has its share of excitement and this next one was no exception. It had the wrecking crew (the hulking 6’6″ Tomassino with partner Christopher Rawls), 2.0 (Jagged and Shane Matthews), Above Standards (Carl Choquette and Frank The Red) and finally the team of Charismo and Sean Impact. Although there was much comedy in this match too, the Wrecking Crew took upon themselves to teach the others brutal wrestling moves to take the win.

This brings us to the finale, a three-way with “Triple Sexxx” Sexxxy Eddy, fresh from a European tour and many U.S. appearances, up against Handsome J.F., who was on WWE Sunday Night Heat just a few months ago, and Excess69, who has been travelling often to the U.S. lately. These three put on quite a show with J.F. spending the first little while outside the ring looking on, only to seemingly join forces with Excess69 to battle Sexxy Eddy but then turned the tables around and attacked Excess69. Sexxy Eddy won the match despite the interference by the Wrecking Crew, who took sides with J.F. setting up a revenge match for the next show with the Wrecking Crew and Handsome J.F. against Sexxy Eddy, Excess69 and a mystery partner to be named at the next show.

For an inaugural show, the organization put in valiant efforts and the overall production reflected that effort. Owner Dario Marandola told SLAM! Wrestling that they were already in negotiations for a better venue, which seemed to be the only negative aspect of the show. Entrenching themselves in a territory that hasn’t seen wrestling in a long time, their recipe has taken off and has a very good base to built on with many adjustments still to be made, but with a bright future ahead.