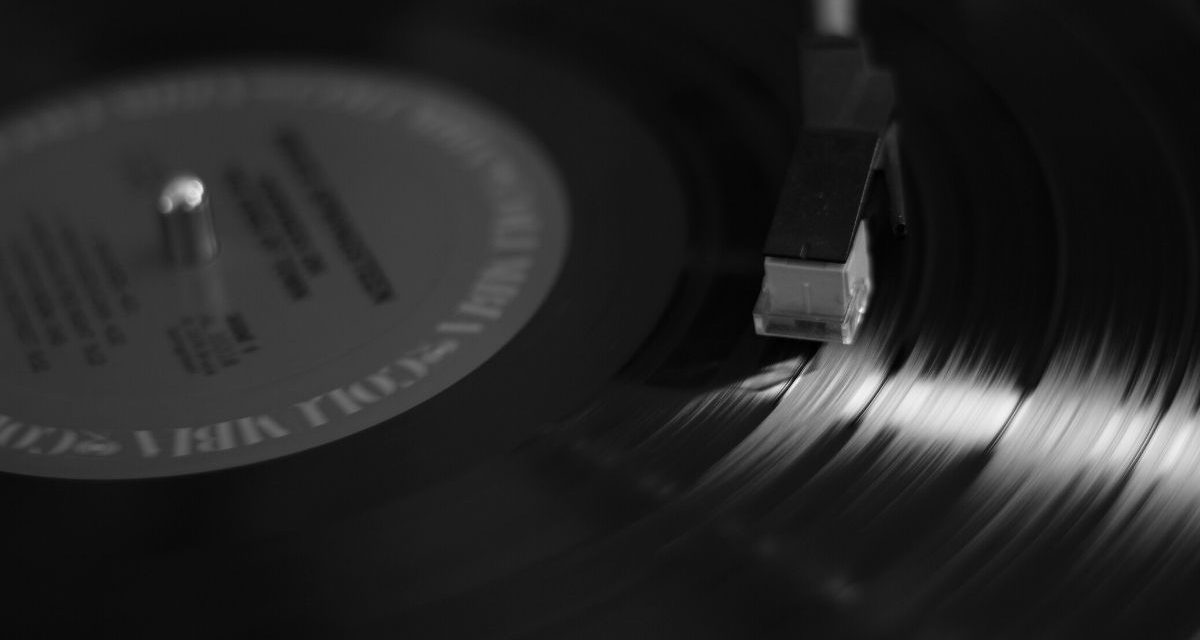 At the height of the wrestling boom in the eighties, the WWF had a bright idea. They brought in several of the federation’s stars into the recording studio and put together an album. With the braindead title ‘The Wrestling Album’, the effort featured such forgettable and agonizing performances as Hillbilly Jim crooning ‘Don’t Go Messin’ With A Country Boy’, Nikolai Volkoff yelping ‘Cara Mia’ and The Junkyard Dog singing about “grabbing them cakes”…the meaning of which still escapes me to this day.

The high note of ‘The Wrestling Album’? “Mean Jean” Okerlund, WWF owner Vince McMahon and Jesse ‘The Body’ Ventura providing the amusing running commentary. The low point? Captain Lou’s performance which amounted to him yelling incoherently into a microphone at the decibel level of an air raid siren. Despite its appeal, only really naïve, young wrestling fans or complete grappling geeks purchased ‘The Wrestling Album’ as the music was truly cheesy.

It is now nineteen years later and Jim Johnston, the man behind most of the music you hear in the WWE (the wrestlers’ theme songs and such), has launched a sequel of sorts to ‘The Wrestling Album’ called ‘WWE Originals’. The concept is the same. Bring wrestlers into the recording studio to sputter out tracks and then mask or in some cases drown out their irritating voices with plenty of over-dubbing, the gratuitous use of back-up singers and cranking up the musical tracks to eleven. This time around though, Johnston has more tools and technology at his disposal to work ‘magic’ on all that screeching, shrieking and stuttering. Despite all of this, the result is the same. Let’s face it, all the technology in the world can’t make Trish Stratus sound like Sarah McLachlan especially when the songs themselves are just generic, cookie-cutter productions without any soul, character or style. 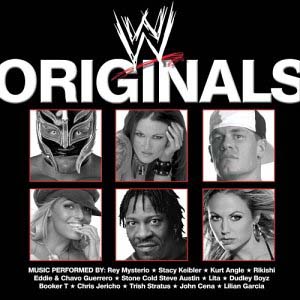 In my best Simon Cowell, here is a brief rundown of the noise pollution that is ‘WWE Originals’.

1. Dudley Boys : ‘We’ve Had Enough’
This song fits the ‘softcore’ tag team. It is as inoffensive as they are now, notwithstanding all the tough talk in the lyrics. Bubba and D’Von bark about taking everyone down, kicking ass and generally being annoyed by everything and everyone. The chorus alone will make you want to put yourself through a table.

2. Trish Stratus: ‘I Just Want You’
Doesn’t deliver ‘Stratusfaction’, that’s for sure. In an irritating babydoll voice all Trish does is blubber bubble gum sentiments like…”So far away, another night alone/ Another day, another telephone call home”. Yeah, like Trish is hurting in the romance department. This song kinda makes you wish you were deaf.

3. Rey Mysterio Jr.: ”Crossing Borders’
Rey is fine but the song just meanders like a stroll in the park. The rhythm is very repetitive and the song has no real hook. Not as bad as some of the other tracks. Barely listenable.

4. Booker T: ‘Can You Dig It?’:
It’s the ‘Booker Man, y’all! His words…not mine. Similar to ‘Crossing Borders’ in the fact that there is no high point. The song just stumbles along. Great message in the lyrics though. They fit Booker to a ‘T’. Too bad the music accompanying them has been heavily sedated. At this point in the CD, I wish I had been too.

5. Kurt Angle: ‘I Don’t Suck (Really)’:
Kurt may not but his song does. It is nothing more than an electronic rendition of his theme song…which has been on how many WWE albums? Someone should tell Kurt that rapping isn’t just reading lyrics off a sheet of paper. Johnston’s idea of a chorus here is having Kurt repeat…”I don’t suck…I don’t suck’ a million times like a freakin’ android.

6. Lita: ‘When I Get You Alone’:
Back away from the mike, Lita. Just back away…very slowly. Semi-rock, pop drivel in which the music thankfully drowns out Lita’s anorexic and barely audible vocal stylings. The back-up singers are forced to carry the weight of the song and in doing so they also conceal Lita’s ineptness. Lita’s singing voice is a new form of torture.

7. Lillian Garcia: ‘You Just Don’t Know Me At All’
Lillian has a fantastic voice…too bad the song sucks. Why is she singing a power rock ballad and a totally generic one at that? She deserved better. Too bad she’s stuck in the WWE. She has talent.

8. Eddie and Chavo Guerrero: ‘We Lie, We Cheat, We Steal’
A cheat/filler track. This is the entrance music used by Los Guerreros. What more is there to say? Adios amigos.

9. Chris Jericho: ‘Wish You Were Me’.
The lead singer of ‘Fozzy’ rocks and he rocks hard but again, this pseudo rock song is a flatliner. It plays like a complete rip-off of the kind of slop David Lee Roth squawks. The crude and pathetic guitar work is particularly bad as is the Undertaker-esque whispering throughout the ditty which is just plain laughable. I tap out already. Ring the damn bell!

10. ‘Put Some Ass On It’: Rikishi
An embarrassment. Rikishi wouldn’t recognize a correct note if it came up and bit him on the…well…you know. The musical equivalent of having a power drill tear through your kneecap. Rikishi is the Lou Albano of ‘Originals’. Let’s just say Rikishi is lucky he has his amble posterior to fall back upon because a musical career has been given the Stink-Face.

11. ’We Can’t We Just Dance?’ : Stacy Keibler
Absolute proof that Keibler is talentless eye candy. I would rather listen to Hobbits scream as they are devoured by Orcs. This isn’t music. It is a weapon of mass destruction.

12. ’Basic Thugonomics’: John Cena
I hate rap. I really do. I love this track though. I am not even sure why. Oh, I know. Johnston didn’t produce it. John Cena and DJ Chaos did. Even though this song is another cheat/filler, it is darn catchy because there is a power and an honesty to Cena’s performance. He’s not just going through the motions like the others are. One song though doesn’t a CD make. Peace to your Mama.

The rest of the CD is populated by brief and lame tracks of ‘Stoned Old’ Steve Austin making Johnston’s job a living hell in the studio. You can have more fun being disemboweled. The whole grouchy, hardcase Austin bit is so over. Yawn!

Where the collection does shine though is in its DVD content. Yep. Not only do you get the audio CD but the WWE has also thrown in a DVD to watch as well. Smart thinking on their part considering the popularity of downloading from MIRC or Kazaa. The DVD takes viewers behind the scenes of the studio sessions. Chris Jericho’s visit is especially humourous as is the running gag of The Coach trying to hunt down Johnston so he can lay down a track. Now if only Johnston sought out some real talent, we would have a CD worth spinning.