Wavell a Starr on the rise 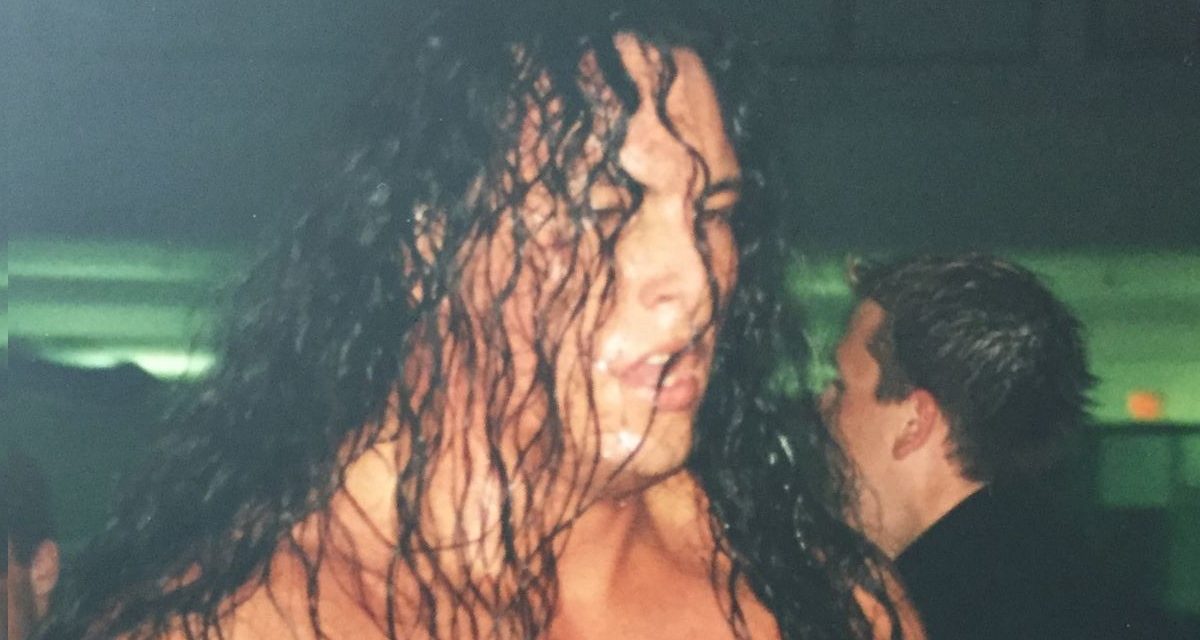 SASKATOON – Saskatchewan’s ‘First Nation’s Sensation’ Wavell Starr had a different introduction to the world of wrestling. He had 100 matches before he learned how to do a move.

“I was a huge (wrestling) fan all my life, starting from attending my first card in Regina with my Grandmother. I was instantly drawn in. I played junior football with the Regina Rams and it was a very natural transition from there to the ring,” Starr told SLAM! Wrestling.

“My interest grew when I was invited to take part in local workouts with Massive Damage and some of the local boys. From there, Tony Condello booked me on the infamous IWA Death Tour in Northern Manitoba. Because the majority of my learning took place in the ring in front of a crowd, I can honestly say I knew how to address the crowd and had 100 matches before I knew how to execute an arm drag properly. That’s basically how I learned to engage an audience, since that’s all I could really do … you know, clap and start chants.”

From there he took his chiseled features, natural athleticism and charisma to Calgary and joined the Hart Brothers wrestling camp, where he started to develop in-ring skills.

“I can’t stress enough the importance of being trained properly and if I had to do it all over again, which I’m glad I don’t, I would have gotten trained right off the start. Things happen the way they do for a reason,” he said.

“I was working my ass off because IWA was working on a national TV deal with APTN and it had some strong financial backing and I was looking to capitalize on the opportunity by dedicating my efforts to wrestling. I was training hard and dieting at the same time. One day while doing bench press, I went for a new one rep max with 405 pounds and just as I was about to press the weight up off my chest, I felt my tendon rip from underneath my left armpit. I didn’t realize the severity of the injury, or simply wouldn’t acknowledge it, and was determined to get back in the ring ASAP. I ended up tearing it another three times before it tore right off and I required surgery. I actually believe I required surgery immediately after the initial injury and wish it would have worked out that way but it didn’t. It was the most disappointing obstacle to me yet, but it allowed me to come back more focused than ever.”

Wavell has had the opportunity to work with a variety of opponents and learn from all of them. The Indian Outlaws, Wavell and The Dream Warrior, have had a long and brutal rivalry against Assault and Battery (Massive Damage and Chi Chi Cruz) that fans still talk about today.

“Chi Chi Cruz, Evil Eddie Watts, Tiger Kahn, Dr. Luther, Don Callis, Principal Pound, Damage – all those guys were great to learn from,” Starr said. “I am not afraid to admit that my heel work is heavily influenced by Cruz, as I was lead through many of my early matches by him.”

Anyone who watches Wavell compete as a heel in the ring sees a lot of similarities between him and ‘Old-school’ style heels like Ric Flair. His promo style and in-ring gestures and facial expressions are a lost art in today’s young wrestlers, but Wavell has captured them and made them his own. 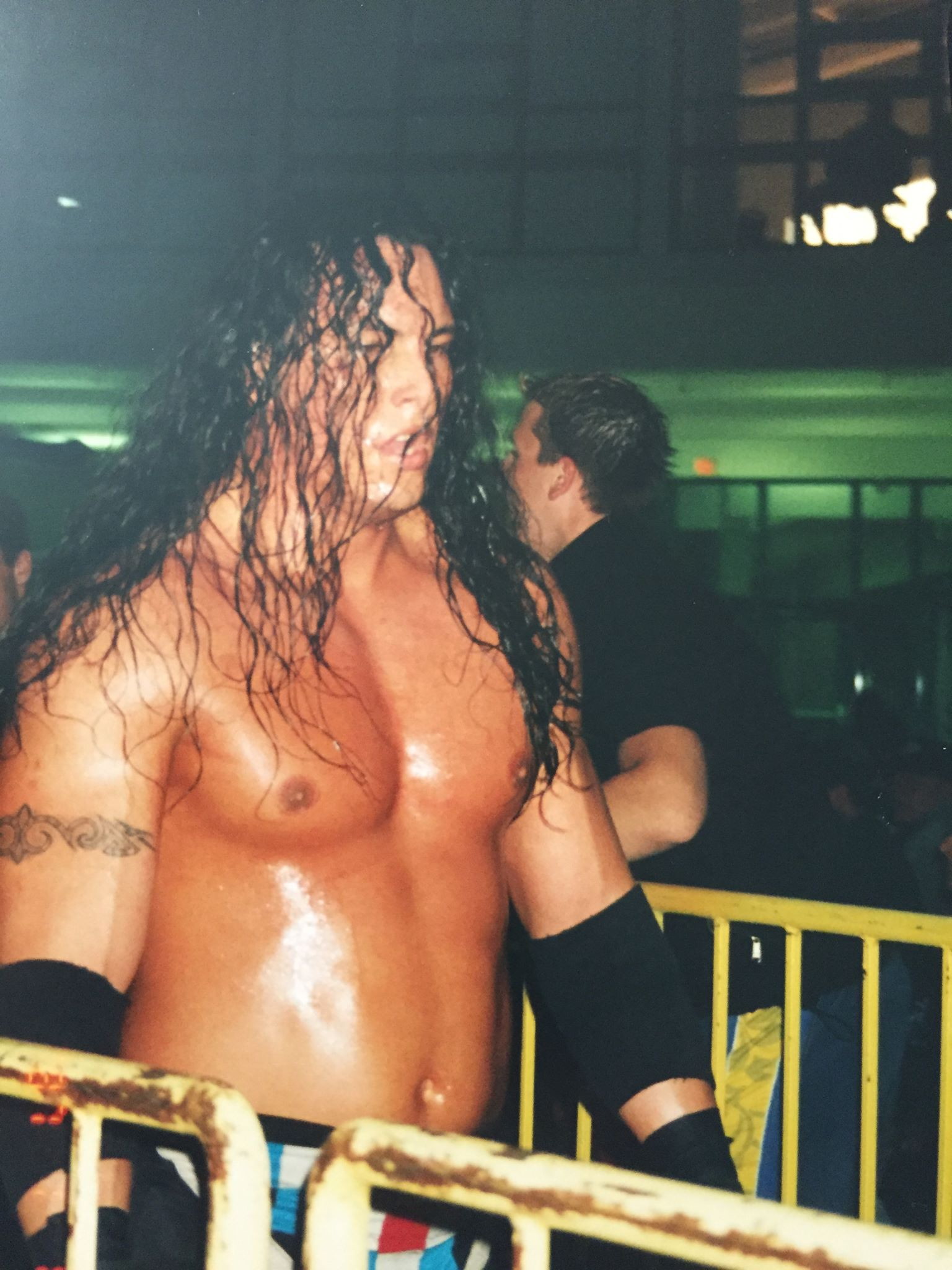 “I am a big fan of ‘old school’ and I try to create that same atmosphere that guys like Bad News Allen, Gerry Morrow and Gama Singh used to, and still do.”

He also has mastered the art of riling up a crowd. Often his tirades against fans are profanity-laced, with sexual and racial overtones, including his trademark catchphrase “Remember, nobody stretches beaver like an Indian.” Wavell is also able to do a tamer promo, gauging how far he can push the line by the type of audience and the location of the show.

“I feel the audience that shows up at adult only shows, or bar shows is a different crowd from your traditional wrestling crowd and therefore I USUALLY adjust accordingly,” he said. “However, the content itself always remains constant. I have done the same promo for POW adjusted for a bar crowd, as I have for NHB at an all-ages show and it was every bit as effective.”

His character is a combination of suggestions from mentors. Bruce Hart suggested the militant activist-type character, and Don Callis added the ‘White Chick Thriller.’

Many wrestlers, after having wrestled for five years, consider themselves veterans. Wavell is not among them.

“I do not see myself as a veteran and would not feel comfortable with that label anytime soon. I prefer to call myself a five-year rookie because even though I have put more time into this than many at my level, I realize there is always something more to learn and the process never stops.”

The six-foot, 236-pound Native wrestler hasn’t relied on his heritage as his gimmick, but would gladly follow in the footsteps of wrestlers like Chief Wahoo McDaniel and Tatanka if asked.

“To say I wouldn’t go in that direction if asked would be a slap in the face of Wahoo, Tatanka, and any other Native wrestler that came before me. Realistically, were Wahoo still around and working, I would be lucky to carry his bags to and from the arena. That gimmick has been around since day one.”

Raised in Prince Albert, Saskatoon, and Regina, the 29 year old is a member of the Star Blanket First Nation Band, working as the Treaty Land Entitlement Coordinator to supplement his wrestling. His goal is to earn a living as a wrestler full time.

“I love this business and hope to achieve longevity, and hopefully financial security.”

Wavell made serious strides towards that goal this past February when he was invited to Louisville, Kentucky for an OVW try-out camp.

“I applied a couple of times before I was accepted. Danny Davis and Jim Cornette ran the camp, and the instructor was WWE agent Tom Pritchard. OVW and WWE developmental talents Nick Dinsmore, Doug Basham and Rob Conway helped a lot through out the week-long camp. Evaluation and instruction were offered in the areas of fundamentals, interview skills, and ring psychology. We all had two matches, a bunch of promos, and in-ring drills. I learned more in the week than I had my entire career and it was all the little things. I look forward to relocating to Louisville to continue this intense learning with OVW this summer, as I was lucky enough to have been invited back.”

Although Wavell is not under any kind of contract, he recognizes it as a huge opportunity.

“I was contacted by Jim Cornette after himself, Davis, and Pritchard reviewed the footage from the camp. I was told that they saw potential but that in terms of a developmental deal ‘we’re not there yet’. He suggested that I needed to get to an environment where I could work regularly with top-notch workers in order to get to the level I need to advance. He then offered me a spot with OVW where I would train with the WWE developmental class daily, as well as working the weekly TV and house shows. I’m relocating to Louisville for the sole purpose of working towards a developmental deal, and God willing I won’t be coming back until I do. Actually if I accomplish what I want I’ll be there for awhile.”