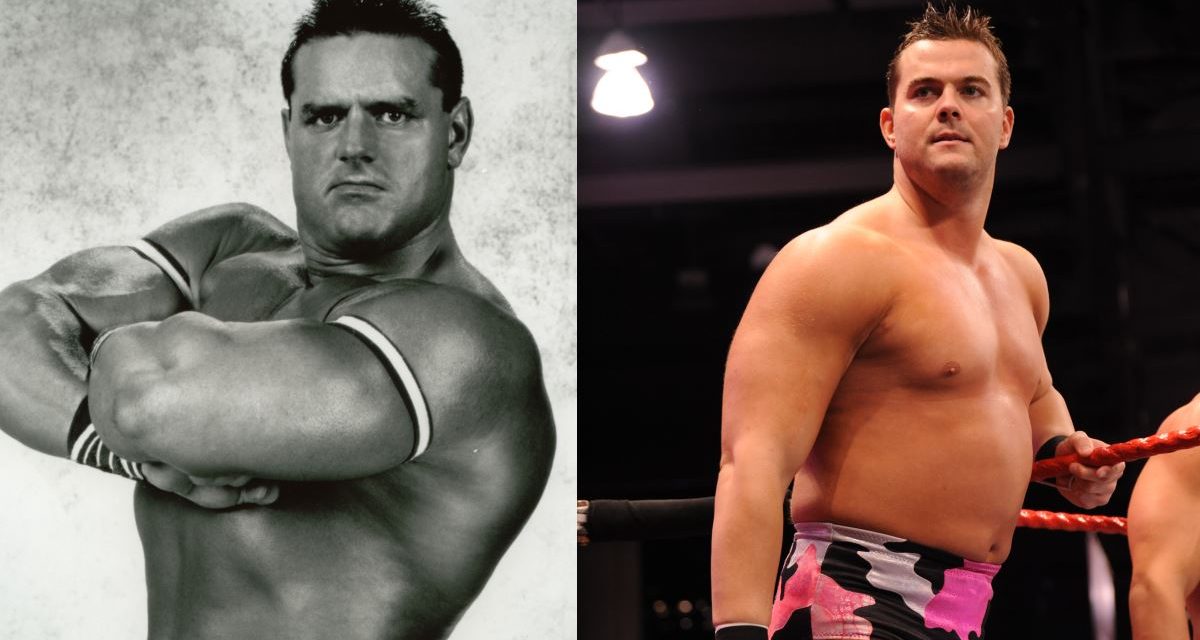 It was a year ago this weekend that Davey Boy Smith died of a heart attack in Fairmont, B.C., while vacationing with girlfriend Andrea Hart.

After an outpouring of respect, tributes and stories from fans and wrestlers a year ago, Davey’s name slipped into the background as just another sad statistic of the wrestling business.

But to those who knew him, and his family, his loss is still deeply felt.

“Some days are hard and some days are fine. It has been a lot tougher lately as it approaches the one-year anniversary. I’ve been okay for the most part, but right now it is hard,” said Davey Boy’s son Harry Smith in an exclusive SLAM! Wrestling interview.

Davey Boy Smith’s life had many different levels. In the last years of his life, his battles with drugs, near-fatal motorcycle accident, highly publicized split with wife Diana, and confrontations with family members Bruce Hart and Ellie Niedhart overshadowed the real Davey Boy, who was a kind, gentle soul.

“He was very sensitive, and people thought because he was such a big guy he was a bully. He wasn’t, we had a few disagreements that got a little rough but Davey was not a bully,” Diana Hart said of her ex-husband, who she first met when she was 17 and he was 18. “Everyone remembers Davey in my family very fondly and what a good sense of humor he had. He was so funny.”

Stampede star TJ Wilson lived with Davey for a number of years and brought up the side of Davey that those who knew him, even briefly, got to see the most. “Anybody that Davey ever met liked him. He was always laughing, smiling, and up to no good with ribbing and pranks.”

It was that Davey who gave a 17-year-old kid a thrill of a lifetime when he would take the time to sit down and talk to me, which he did frequently. He was the first wrestling star that I met, and he made an impression on me that will last my whole life. The Bulldog also regularly attended Stampede Wrestling shows, often cheering his young son from the stands. He was always mobbed for pictures and autographs, but he never had a problem with it, doing so gladly and smiling and joking with fans.

But the other side to Davey was a long history of drug abuse, starting young with steroids but moving in later years to a variety of painkillers to try and block the pain stemming from a series of injuries, including a staph infection resulting from being slammed on a steel trap door in the ring at Fall Brawl 1997 in WCW and a near-fatal motorcycle accident 16 months before his death.

“Right now, there are all these wrestlers having neck surgeries in the WWE. Davey had the same injuries as Kurt Angle, and didn’t get surgery, he took three months off and went back to Japan,” said Wilson. “He had three disks missing in his back and two degenerating. In the end there were five disks missing in his back and a screwed-up neck and he fought through it, you can’t take anything away from him for that.” Losing Smith so young did have an effect on Wilson’s decision-making. “I’ve never been interested in drinking or doing drugs, but (his death) contributed to me not doing drugs. But it isn’t the sole reason.”

“I hate to borrow a line from the Dynamite Kid, but he is right in saying ‘In the end there is a big price to pay’,” said Harry. According to the third-generation grappler, “They (Davey, Henning, Pillman, etc.) did what they had to do to succeed.”

“It wasn’t just a pain issue, but he did suffer a lot of pain,” explained Diana. As much as she misses Davey, she does try and see some positive from his death. “I am not blind to drug use at all, I saw it first hand. I don’t have that worry about this generation of wrestlers. Maybe they (Davey and other wrestlers) were sacrifices for this generation of new stars to learn from. It’s possible Davey was a sacrifice so that Harry will never, ever touch drugs.”

“Everything happens for a reason, you just don’t see it at the time.”

Davey was trying to get his life back on track before he died, working on his relationships with his children Harry and Georgia as well as Diana. Although Hart’s controversial book Under The Mat shed a negative light on her husband, Diana doesn’t regret the book. “Everything that was in the book were things that happened to me.” She is glad that she had the chance to bury the hatchet before he died. “We were working on getting back together, I feel we would have gotten back together again.” Things seemed to be going well. “It was a year ago for my Dad’s birthday that Davey was here. We had such a good time that night. Davey and Harry were planning their trip to Winnipeg to do a wrestling show out there — and then he wasn’t here anymore.”

Diana feels that Davey’s legacy has been passed on to their son. “I felt like Davey was there in the ring with Harry (at Stu’s birthday show.) I see a lot of Davey in Harry.”

Although Davey is not with them physically, in spirit he can be felt–and seen–in 17-year-old Harry, whose style is reminiscent of his father. This is no accident, as The Bulldog had a huge impact on both Harry and TJ, as well as many young stars.

“He taught me a lot about life, and my wrestling basics and wrestling all together. He told me… there are times when you’re on top of the world and times when you are on the bottom. The business sometimes chews you up and spits you out and sometimes you are world champion,” said Harry. “He was a very big star in the ’80s and ’90s, and paved the pathway to me.”

Davey and Harry were planning to try and go to the WWF together as a father-son tandem. A meeting had been planned with Vince McMahon at the Smackdown tapings in Calgary the week after his death. They had the chance to realize their dream to a small degree, teaming on a tour of Manitoba days before he died.

“That was my favorite match, for obvious reasons,” Harry said.

Harry hopes to carry on the legacy of his father, without the difficulties that plagued him. Stepping into the ring is his tribute to a loving father and hero. “I wouldn’t have had another father. One, it was cool to have a dad who was a professional wrestler, that brought us closer together. He was a very special person to me, my biggest influence in wrestling.”