Pro wrestling proved to be the perfect summer job for Marshall Caplan back in 1968, while attending McMaster University in Hamilton. 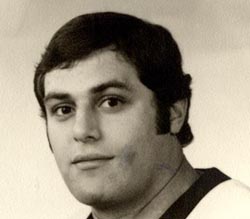 He had met ex-wrestler Ron Logue while doing weight training, getting in shape for the Marauders football team. Weight training led to wrestling after some convincing by Logue. Caplan, who had wrestled amateur in university, and taken some judo training, picked it up pretty quick.

His first bout was in Akron, Ohio for promoter Pedro Martinez, who changed Caplan’s name to Flying Bobby Marshall, and billed him as a teenage idol from Buffalo rather than his hometown of Hamilton. To promote the ‘Flying’ moniker, Caplan did a series of flying drop kicks and a suplex as his finishing moves.

“I was a university student at McMaster U and used my wrestling income to help pay for my tuition,” explained Caplan to SLAM! Wrestling. “I would wrestle as soon as my university football season was over and would wrestle full time for about six to eight months year.”

On TV in Ohio and Pennsylvania, Flying Bobby Marshall would be putting over other wrestlers, but on the show out of Buffalo, which reached his hometown, he was pushed. He also did segments demonstrating wrestling holds with the late Kangaroo Al Costello.

“Bill Terry, alias Kurt von Hess, and I would travel in his VW bug all over the place,” he said. “Often we would wrestle each other and I would get out his car about a block from the arena so the fans would not see us arrive together!”

On the football field, he played three years for the Marauders, and was the McMaster captain and MVP in 1970. The following year, he graduated with a double degree in Physical Education and Psychology. Caplan was drafted by the Ottawa Rough Riders in June 1971 and had the old proverbial “cup of coffee” in the CFL, never making the final roster. 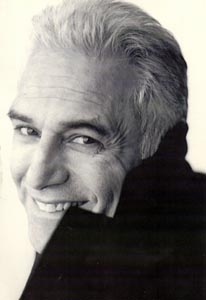 He left the wrestling business in 1975, his real career as an educator had to take precedence. “I was always balancing the two careers,” he said, adding that wrestling is still “in his blood”.

All in all, he considers his seven years in pro wrestling to be “a lot of fun, and a great opportunity to do something different.

Since getting out of wrestling, Caplan has been a counsellor, phys ed teacher and football coach in Toronto for close to 29 years, retiring this past February.

He was certainly one of the more unique teachers at the school, with the tapes from Buffalo being seen by his students. Often, he would leave directly from the school to drive to the next town to wrestle. The students “got a big kick out of it… it was almost like living in two different worlds.”

Caplan has also done work as a model (mainly catalogs) and actor (including a lot of commercials, and an episode of Due South), having lost 40 pounds from his wrestling / football days.