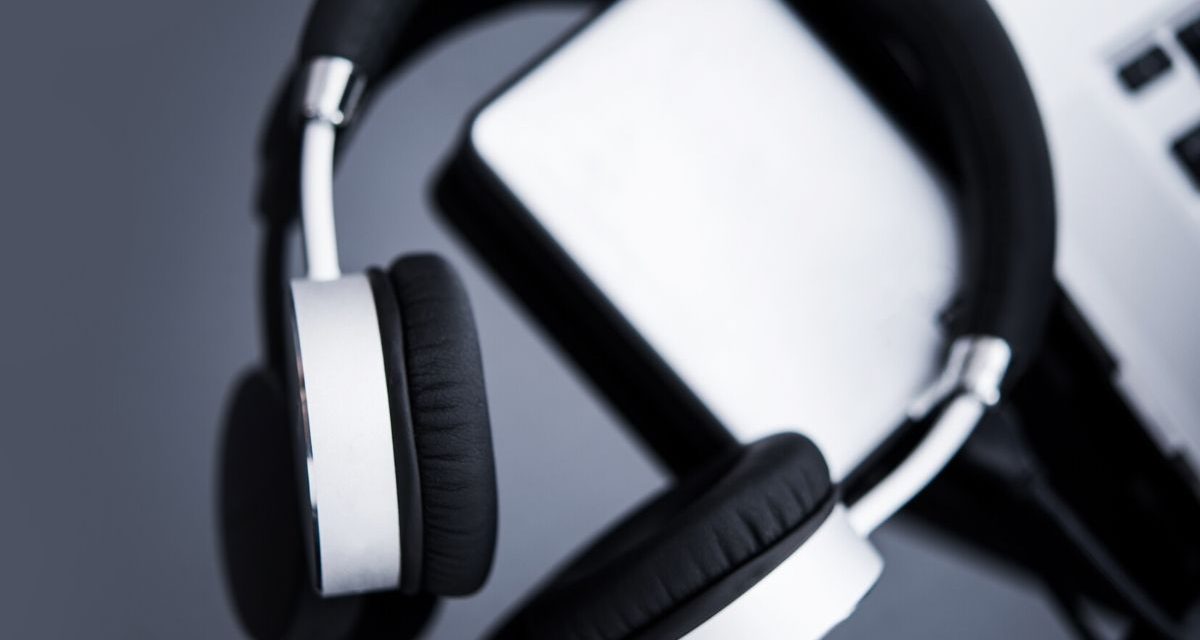 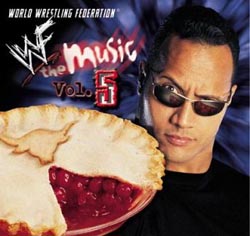 If you needed further proof that the WWF is now a multi-aspect capitalist corporation, and if the XFL wasn’t a big enough hint, then you can use WWF – The Music Volume 5 as your ironclad example.

First off, most people are going to look at the CD much like a WWF wrestling card – you’re going to like the songs of your favourite WWF stars more than the songs of the stars you despise. That said, in an impartial analysis, this review will be based totally upon the music.

Let’s start with the two songs that actually use internationally renown recording stars, namely the HHH theme song “The Game, performed by legendary metal act Motorhead, and the Rock’s song, “Pie,” which has a guest appearance by 80’s rap star Slick Rick.

If anyone needs aggressive, pummeling, ear-bashing music in the WWF its HHH. The song is intense, and matches the wrestlers personality to a T. While the music of Motorhead isn’t as extreme as the offerings of death or black metal bands, it is rough around the edges, hard hitting, and raucous, and is perfectly suited to the image HHH portrays.

As for “Pie,” well, lets just say that it needs to be cooked in the oven a while longer before it’s suitable for consumption. It starts off as gospel track, jumps into hip-hop territory, and then returns to gospel format. The transition is too choppy for it to be entertaining and the misuse of Slick Rick is a travesty. Here you have a legendary performer in his genre, and he’s reduced to commentary status, taking a back seat to the Rock. Let’s put it this way, K-Kwik is a whole lot better at rapping than The Rock, who makes his own song sound like it came from amateur night at the Apollo in New York.

As for K-Kwik’s “Rowdy,” well, it could stand to be a bit more rowdy than it is. The song has gone through a number of changes since the wrestler debuted, now noticeably slower and a little smoother. While there’s nothing wrong with the song itself, and it is quite admirably executed, it no longer represents K-Kwik as the older version used to. A high-flying, high impact wrestler like K-Kwik needs a song that better represents his abilities, and while the new “Rowdy” is done well, it’s not quite the music that you envision him walking to the ring with.

Tazz’s “If You Dare,” on the other hand, is the opposite. It’s heavy, short and punishing, much like the WWF superstar himself. Along the same lines is Raven’s “What About Me?” The cawing of crows is an excellent addition to this heavy rock track, which has some eerie moments to complete the image of this hardcore champion. Also, the music of these two songs represents the two wrestlers on a personal basis, as both are known to be fans of heavy metal and hard rock music in their private lives.

Lita’s “It Just Feels Right” is more of a mixed bag. The music is on the extreme side of rock and roll, which compliments her and the vision that she and the Hardy Boyz portray as part of Team Extreme, but is a little on the slow side. The musical attack of the song is anything but delicate, much like Lita herself, but for a woman who relies on high flying moves in her arsenal, the song could have been sped up to reflect her repertoire a bit more.

The biggest issue on this CD is the amount of older material that is seen on the album. Kane’s song, “Out Of The Fire,” is old in terms of when it debuted, and Kurt Angle’s “Medal” was actually used as the theme song for the Patriot in 1997 – almost four years ago. Not a ringing endorsement of composer James Johnston’s ability to come up with something new.

Other songs mirror the “old” feeling given by the above examples, such as Eddie Guerrero’s “Latino Heat,” Chyna’s “Who Am I,” and Chris Benoit’s “Shooter.” These songs are now almost a year old. Of course, this is the first opportunity for fans to legitimately hear these songs on a CD format, but it comes a little too late. Most hardcore followers of these wrestlers probably could have downloading this entrance music on Napster months ago, so the WWF missed out hugely on an opportunity to capitalize by making new music for these stars.

All in all, James Johnston is a talented individual who, for the most part, makes music that fits the respective wrestlers on camera personality. Having said that, however, he could have tweaked some of the songs a bit more to fit each grappler a little bit better.

As for the WWF, they should have updated a lot of the material on the CD, and possibly included a little more content from musical superstars. While guest artists cost a little more money to utilise, they would have also been an added attraction for the purchase of this CD. If you’re going to shell out a regular CD price of $16.99 or more, it would have been a little nicer to get more bang for your buck. Johnston was already paid for creating this material, so most of that money made from this CD is dough in the WWF’s back pocket. Free money for doing nothing but collecting the songs on CD, basically.

Of final note, and another oversight on the WWF’s part, they have included a special Rock browser that only purchasers of the CD can download from the company’s web site. It seems a little arrogant, don’t you think, that the WWF automatically assumes that everyone buying this CD would want a Rock media browser or a copy of Internet Explorer installed on their computer. What if your favourite superstar is Tazz, Chris Jericho, or The Undertaker? What if you only want and use Netscape?

To sum up, WWF – The Music Volume 5 is littered with inconsistencies and because of that only a true hardcore WWF should purchase this item. And while the CD is most likely geared toward a hardcore WWF audience, even a long time fan might not find enough enticing material to rush out to the record store and purchase this album.