Going to work a blast for Jerry Lynn

There is a moment during the Jerry Lynn vs. Steve Corino match from Heat Wave 2000 on July 16th where both men execute a stunning series of moves and counter moves for several near-falls. After Corino kicks out of the final pin attempt, both may lay prone on the mat, exhausted, while being showered by a thunderous applause from the appreciative Los Angeles crowd.

It’s efforts like that one, coupled with an uncanny ability to have decent matches with a wide variety of opponents, that have lead to ECW fans to dub Lynn, with all apologies to Rob Van Dam, “the whole F’N show.” 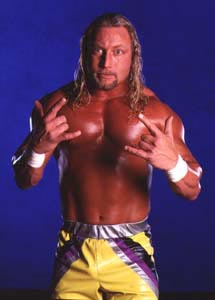 Lynn takes the praise in stride saying the work he does in the ring is reward enough.

“(Paul) Heyman lets you go out there and wrestle and do what you like to do,” Lynn told SLAM! Wrestling just two days prior to the pay-per-view. “He doesn’t dictate too much what goes on in the ring like the (the WWF and WCW). If you want to go out there and tear it up, then you can just have at it. And that’s what makes it fun.”

To so many in the sport, wrestling is nothing more than a job, a way to earn a living. For Lynn, it’s much more than that. It’s about having fun.

This is the only job I’ve had in my life that I actually wake up in the morning and look forward to work.”

Things aren’t so fun for ECW these days. Recently kicked off The Nashville Network, ECW will be without a network home starting the week of September 29. In the interim, Executive Producer Paul Heyman is scrambling to put together a network deal in order to find a new home for his show.

As a result, speculation has run rampant on the Internet that the locker room is in chaos and that the company will close shop shortly after leaving TNN.

Lynn puts the rumours of low company morale to rest, stating the termination of the TNN deal is actually a blessing in disguise. 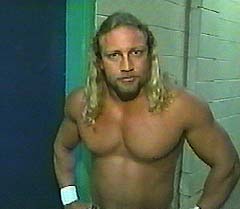 “I think morale is mixed,” admitted Lynn. “I think some people are worried, but then there’s others who know that it’s for the better because (we) were basically just TNN’s guinea pigs to see how wrestling would do on their network. With no advertising whatsoever, no promotional help or anything… we were their number one show on the network. And so when they saw that wrestling would do well, they turned around and offered Vince [McMahon] $110 million to come to TNN. So it’s for the better that we’re leaving TNN. We’ve got other networks interested in us. They want to invest money in us so it can only get better. We’ll get more exposure.”

“Paul has had a couple of meetings with us and told us what’s going on,” continued Lynn. “And I think that put some people’s minds at ease, which is what needs to be done anyway. He’s been good about it.”

There have also been reports of Paul Heyman falling behind on payments to wrestlers for weeks on end. While Lynn doesn’t deny that, he does say it’s happened before and that Heyman has rectified the situation.

“That’s happened before in the past, too. I think right before (we started on) TNN there were some financial problems,” conceded Lynn. “(Paul’s) made good on it and we’ve made it through it and it’s happening a little bit again due to all the network dealings going on. Actually we were trying to get out of our contract with TNN, so that was costing us money for lawyers and stuff. It’s just part of a business that’s going from an independent level to the verge of really breaking into the big time. You’re going to go through that and it’s just hard phase to get through. You have to survive through it and it will all work out.”

Since making his return in May after being out with an ankle injury, Lynn has feuded with Yoshihiro Tajiri, producing series of matches that are noted for being particularly stiff.

“Tell me about it,” laughed Lynn. “It’s very physically demanding of course, and challenging because you never now where one of those kicks of his is going to be coming from at all times.”

Since his return, he’s also getting to shoot some promos and have some mic time for the first time in his career.

“It only took ten years before someone let me do some talking,” joked Lynn. “It’s hard at first but now I’m slowly get used to it, trying to have more fun with trying to come up with more ideas. The more and more I do the more fun it’s getting. I’m trying to work on getting better and I just hope fans can be patient with me. (laughs) It’s hard, just out of the clear blue, after ten years to all of a sudden, you know, here’s a mic — start talking.”

For Lynn, the chance to cut more promos is an opportunity to learn more about the wrestling business and seeks the help of others.

“Every time you go to work in this business you’re learning. I don’t think you’re a seasoned vet until after twenty, twenty-five years in this business. Paul’s a great help. He’s one of the best, if not the best, talker in the business. I’ll ask other people who do a lot of talking like Cyrus or Sinister Minister and get some help from them. Everyone is always willing to help out.”

Trained by former U.S. Olympian Brad Rheingans, Lynn debuted in March of 1988. He spent the first few years on Minnesota’s independent circuit, honing his craft before small crowds taking on the likes of Sabu, Al Snow and the WWF’s X-Pac.

“That was when (X-Pac) was The Lightning Kid,” remembered Lynn. “We fought each other for two years straight. We were just tearing it up, beating the hell out of each other trying to get recognized. It was fun. That’s at a time where you’re doing it for fun. You’re not making a living at it and you have to have a regular job to support you’re wrestling habit. It was fun. I had a lot of fun on indy shows.”

From there, Lynn bounced between several independent promotions, including Jerry Lawler’s Memphis territory before signing with WCW in 1995. Lynn worked under a mask as Mr. J.L. before leaving the company two years later after sustaining an injury.

Looking back at his stint with WCW, Lynn isn’t so much bitter about the way he was used by the promotion as much as how he left.

“I didn’t actually mind the fact that if you’re not written in there you’re not written in, you’re there just to fill time,” admitted Lynn. “But what I didn’t like was the fact that I had broken bones for them and instead of taking care of me they just turned around and fired me. That just put a bad taste in my mouth. After I had permanently altered my body and partially destroyed my arm and they just turned around and jobbed me out and shitted on me and fired me. Thanks a lot.”

As a way to put is WCW stay totally behind him, Lynn is attempting to sell off his Mr. J.L. costume on E-Bay.

“It was on there for a little bit but it wasn’t doing well so I was going to try and put it on a Japanese E-Bay because I wrestled quite a bit in Japan. So we’ll see how that goes. I might even take it out to (Heat Wave 2000) and put it up for sale there at the merchandise table. I just gotta try and get a decent amount of money for it because it’s a one of a kind deal and I invested a lot of money into it and WCW just about destroyed my career with it (laughs). I want get something good out of it.”

As for his future in ECW, Lynn doesn’t rule out another long series of matches with Rob Van Dam.

“It’s always great working with him. It’s very challenging and he just brings out all your creativity. It’s challenging to come up with new things, different things, and with an athlete like Rob there’s no limit what you can do with him.”

Asked about what other stars he’d like to work with, Lynn is very forthcoming.

“I actually worked one of Kid Kash’s first match and we had a hell of a match. I wouldn’t mind working with him again. I’d like to be in a program with Justin (Credible). Paul hasn’t said anything but I think Justin’s brought it up to him. I think Justin wants to be put in a program with me but not right away. Sometime down the road.”