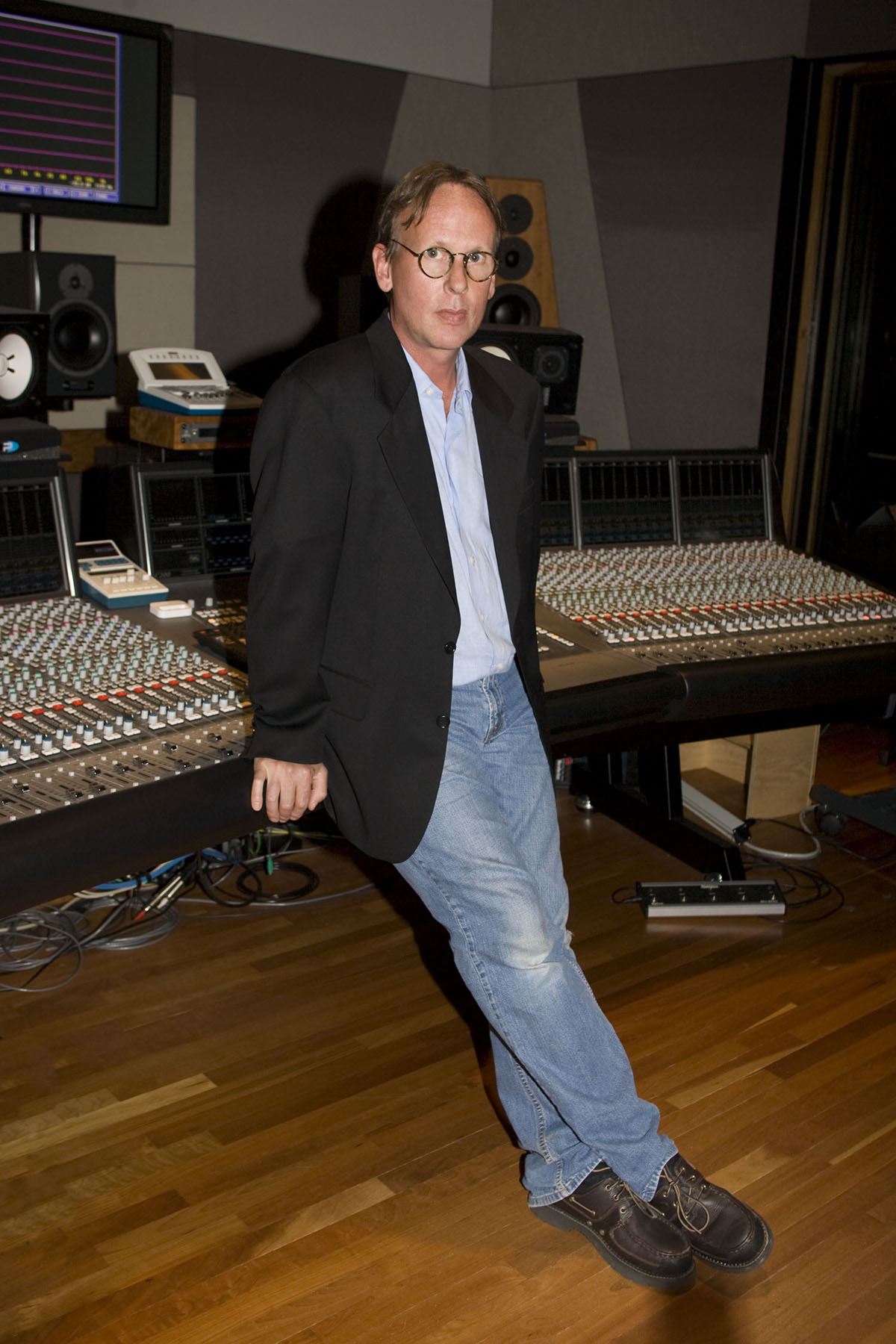 One of the hottest acts on the record charts these days is a 45-year-old resident of Connecticut who suffers from stage fright, doesn’t have his picture included on his CDs, and until his latest release, never even had his name printed on the jacket.

Jim Johnston has for 15 years been cranking out the incidental music for World Wrestling Federation telecasts, but it is his four volumes of “arena entrance theme songs” that have brought him incredible success, if not celebrity.

The latest release, “World Wrestling Federation: The Music Volume 4” entered the Canadian charts last week at number five, right up alongside Foo Fighters, Mariah Carey and Rage Against The Machine and ahead of such high profile acts as Santana, Counting Crows, Limp Bizkit and Shania Twain.

The record enjoyed similar success in the U.S. ? growing evidence of the unlikely but undeniable convergence between contemporary music and wrestling.

“There’s a lot of overlap in the demographics (between music and wrestling),” Johnston told JAM! from his office in Stamford, Connecticut.

“And there has been a change about how the WWF is viewed. We are less about wrestling and more like a dramatic series that appeals to a broad audiences. And it is heavily musically driven, as a program. People are noticing that now.”

Increasingly, wrestling is grabbing hold of the rock audience. On Friday and Saturday, MuchMusic will provide further evidence of that crossover when grapplers Chris Jericho and The Rock will drop by to serve as co-hosts (Jericho will appear Nov. 19 6:30 – 7:30 p.m. Rock will drop in Nov. 20 2:30 – 3:30p.m.)

MuchMusic spokeswoman Sandra Puglielli says the signs of a merger between rock and wrestling were first provided by the station’s audience.

“Inevitably at our website we get references to wrestling or that certain wrestlers are cool, or there is a buzz on a certain wrestler. They will ask us: Did you guys here bout this? It is obvious they are wonderfully popular,” Puglielli says, adding anticipation for the wrestlers’ appearances at MuchMusic has been intense.

The station has been bombarded with requests to attend the telecast, questions for the wrestlers and even some gifts ? the kind of fervor usually reserved for only the most popular musicians.

“The response is right up there with music artists, consistent with that level of excitement. Just the way a fan reacts,” Puglielli says.

Koch Records, the independent record distributor which handles the WWF releases in Canada, says “Volume 4” is their biggest seller since the techno group Prodigy’s “Fat Of The Land” CD.

The previous three volumes of WWF music, which Johnston estimates have sold between three and four million copies, were credited as “various artists” projects. “Volume 4” acknowledges for the first time that, except for a few session vocalists, this is Johnston’s show. His name appears on the spine of the new disc and it’s his name that shows up on the charts.

“That’s a big switch and a positive one,” says Johnston of his new credit.

“They used to be issued like a soundtrack kind of deal. It was kind of a mutual feeling like, hey … this album is more you than 99% of the albums on the Billboard charts. I write it all, produce it all. I play all the instruments. I engineer it. So it was like, okay. Let’s get real.”|

A native of St. Louis, but raised in Connecticut, Johnston is a self-taught musician and played in high school bands. But he didn’t enjoy being on stage and gravitated to studio work. That led to scoring animation and industrial films, then promos for HBO and Showtime before meeting an art director with the WWF, who told him of a promo video that needed scoring.

“I put some music on, messed around with it,” he says.

The company liked what they heard, and he hasn’t looked back since then. Theme music for the wrestling broadcasts developed into musical “bumps” to be played before and after commercial breaks, which naturally evolved into writing theme songs for each of the federation’s stable of stars.

“It just so happens this is the best composing job in the universe. I am given essentially total freedom. I am trusted, which is wonderful. And I get to do an incredibly broad type of music on a daily basis,” says Johnston, who estimates he writes, records, performs and engineers up to 300 pieces of music annually, working alone in his private studio.

The notion of packaging the music into CDs and selling it to the audience came by popular demand, he says.

“(The fans) really wanted to get their hands on it … It finally became the obvious thing to do: We gotta release this stuff.”

Deadlines are so tight for composing theme songs for the wrestlers that Johnston says he sometimes has to complete the job in a single day.

The 14 tracks on the newest WWF CD cover a broad range of music ? from Chris Jericho’s rap-metal “Break The Wall Down” to Mark Henry’s Barry White-like “Sexual Chocolate” to the heavy-metal thunder of Stone Cold Steve Austin’s “Oh Hell Yeah.” The wrestlers don’t as a rule sing their songs, but their characters inspire Johnston.

“The wrestlers have input to the degree that I want to make them happy. I want to write a piece of music that will pump them up, make them feel good. And it will put them in the mood of their character, like a soundtrack. I consider what I do like a live soundtrack,” he says.

“I get relatively little input. I ask their size. That’s important. You have got to establish a basic tempo. Like (the wrestler known as) The Big Show is a large, slow-moving guy, so you need a heavier, slow-moving piece of music. Whereas a wiry guy implies something at a more frenetic tempo and pace and sound.

“I get a one or two sentence description of what the basic character vibe is. I just go. Sometimes I get lucky and get it right off the bat. Sometimes I tweak it a bit,” he says.

“It’s not just: ‘Here he comes.’ I want to create that vibe with the music and the light. With Stone Cold, it is glass breaking and you get that feeling: ‘Here comes trouble. Who knows what is going to happen now.’ It’s grabbing them emotionally, immediately, taking them to new places.”

In the short term, rock, rap and wrestling are about to get even closer. Johnston says in January, WWF plans to release a hip-hop remix album, with artists like Snoop Doggy Dogg remixing the wrestlers’ themes, followed by a rock remix album in the spring, with Rob Zombie mentioned as one likely participant.