Orton-Snuka to clash once more

Now at 49, he’s looking forward to this Sunday when he climbs back into the ring to face an old nemesis on the Heroes of Wrestling pay-per-view.

“Snuka and I go way back,” recalled Orton for SLAM! Wrestling. “We’ve never gotten along, never liked each other. At one time there, we were the number one men in the New York area back in the early ’80s. And then when the thing with [Roddy] Piper went down [when Snuka got hit with the coconut on Piper’s Pit], Snuka was completely addled.”

During wrestling’s ’80s heyday of The Rock’n’Wrestling Connection, Orton was an extremely visible troublemaker, beside Roddy Piper and Paul Orndorff at the first WrestleMania, all the while wearing his cast on an ‘injured’ arm.

Come Sunday, another familiar face in Captain Lou Albano will be in Snuka’s corner on the PPV. In a conference call, the WWF Hall of Famer Albano claimed to only be a “technical adviser” to the Superfly. 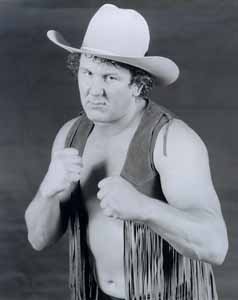 As for Orton’s dislike of his wrestler, Albano challenged ‘Ace’ to finish it in the ring. “Bob Orton, if you’ve got a problem, you’ve got to face it” and beat Snuka.

Both Orton and Albano think that the Heroes of Wrestling concept will work, but they are at opposite ends of the spectrum when it comes to hyping it.

During the conference call, Albano continually heaped praise on Bill Stone, the president of Fosstone Productions and the mind (and money) behind the show. “Bill Stone, you’ve come out with a winner,” he said at one point, saying that the concept was “unbelievable” and that he expected there to be four or five similar shows next year.

Orton, in his easy-going, midwestern drawl, didn’t disagree. “You know, it sure could [work],” he said from his home in Missouri. “Golf’s been great with the Seniors, and from what I’ve seen — and I don’t watch a whole lot of wrestling, but from what I’ve seen, I’m sure we’re just as good anybody out there.”

The mention of golf was a continuing theme in SLAM! Wrestling’s talk with Orton. In fact, reading between the lines, golf may force him to bring back the arm cast for Sunday’s PPV.

“I was playing golf the other day, and the ball was kind of behind a tree and I tried to do one of those Sergio Garcia shots, and I hit the tree!” laughed Orton, an 11-handicap. “So I don’t know. I might have to wear the cast down there [at Heroes of Wrestling]. I have to see how this thing gets to feeling. But it was doing great until I hit that tree!”