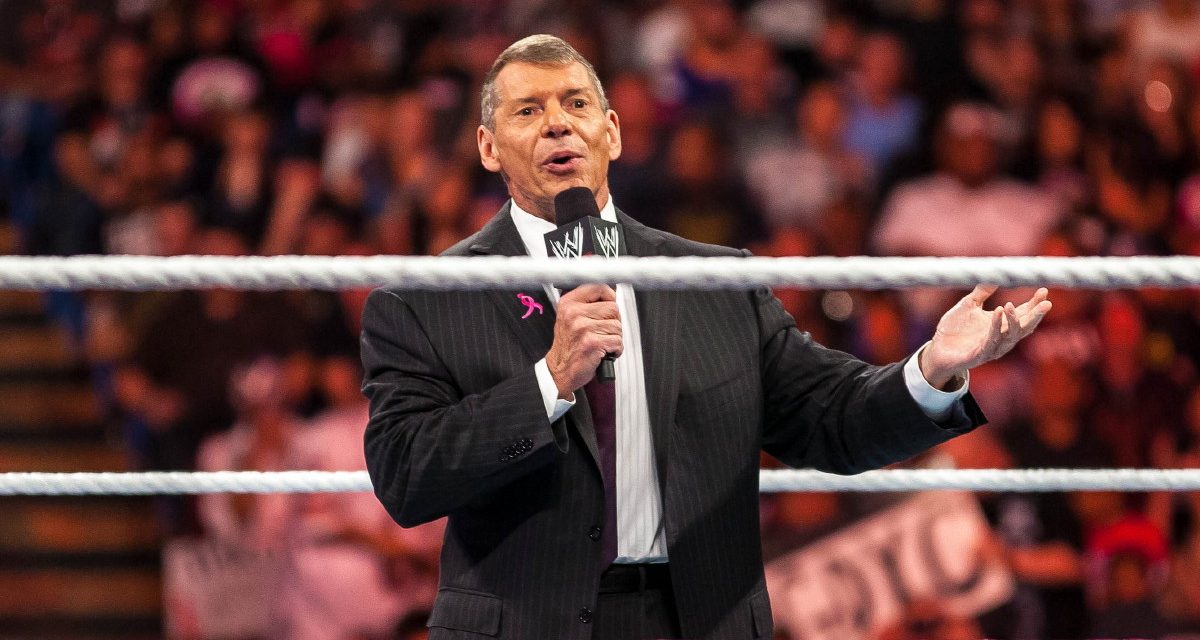 The biggest surprise to come out of Off The Record‘s interview with Vince and Linda McMahon Wednesday night was that they met in church. Not only that, but Linda was just 13, and Vince was 16. Three years later they were married.

Now, almost 33 years later, Linda McMahon is the CEO of Titan Sports, parent of the WWF, and Vince McMahon as owner and Chairman of the company.

TSN’s Michael Landsberg didn’t fill up the full half-hour with Vince and Linda, unlike Tuesday’s full show with Vince (of which there were many unanswered questions). Instead, we got a few fairly predictable answers to simple questions and Landsberg letting them off the hook and avoiding a tough one.

Linda sees Vince “as a very shrewd businessman” and “a wonderful husband, a great father, he’s someone that I’ve been proud to call my best friend. We’ve had a wonderful lifetime together. Always bumps in the road in any relationship. We had ours. There will probably be more to come. But he’s a man of integrity, a man of principles, someone I admire and respect very much and I would say that even if he weren’t sitting next to me.”

Shortly thereafter, Landsberg asked how they met, and whether wrestling had ever jeopardized their relationship — an excellent question following up on Linda’s quote.

The McMahons then went into their cute story of how they met, and never got to the tough part of the question.

Vince explained to the audience that he is mostly involved in the creative aspect of the WWF show, and his wife stays completely out of that side of things.

“She describes herself as nuts and bolts, but it’s far beyond that,” said Vince. “She’s always been right there, sometimes behind me, sometimes in front of me, helping to grow this company.”

Vince said that he is completely comfortable with his children being involved in storylines, including sexual innuendos regarding his daughter. “I think I err on the conservative side as a dad,” Vince said.

Linda didn’t go quite that far, and said that of course she worries about his children when they are in the ring. “It clearly is a different level when it’s your son or your husband or your daughter doing it. You know that there is always a risk and you assume the risk when you step into the rink. But when Shane was standing on top of those ladders, that was really … I actually stood up in the middle of the floor and kind of said ‘I’ll be glad when he’s down.'”

Before going to the first commercial, Landsberg asked who was the true Higher Power at home, and who had control of the remote control. It turned out to be Vince.

After the break, Landsberg asked about the Sable lawsuit. Linda said that it would probably be settled by the time the show aired (it was taped last Thursday, and the suit has indeed been settled). Bound by the settlement-in-progress, the McMahons would not comment about Sable / Rena Mero specifically, and again, beat around the proverbial bush.

Landsberg wondered about wrestlers who begin to believe their hype, who have become too immersed in their character to see reality anymore. He used three examples, and Vince responded to each: Bret Hart (“no question about Bret”), Sunny (“I’d have to go there as well, probably”) and Sable (“again, as a part of the settlement thing, I’m not supposed to speak ill of Rena Mero. So I won’t.”)

In the final segment, Landsberg tried to get the McMahons to talk about entertainment vs wrestling. Vince called the term ‘wrestling’ “archaic” in regards to the WWF, and that it’s the brand that is far more important.

“I think we have the license to go in any direction we want to go,” said Vince. “Less physical, more physical, more in the ring, more out of the ring.”

After the interview was concluded, Landsberg summed up his experiences back in the studio in Toronto and talked about the upcoming Stephanie and Shane McMahon episode, now scheduled to run at 6 pm ET next Tuesday, August 3. From the clip that was shown, it looks promising, if only to see the siblings outside of their wrestling personas.