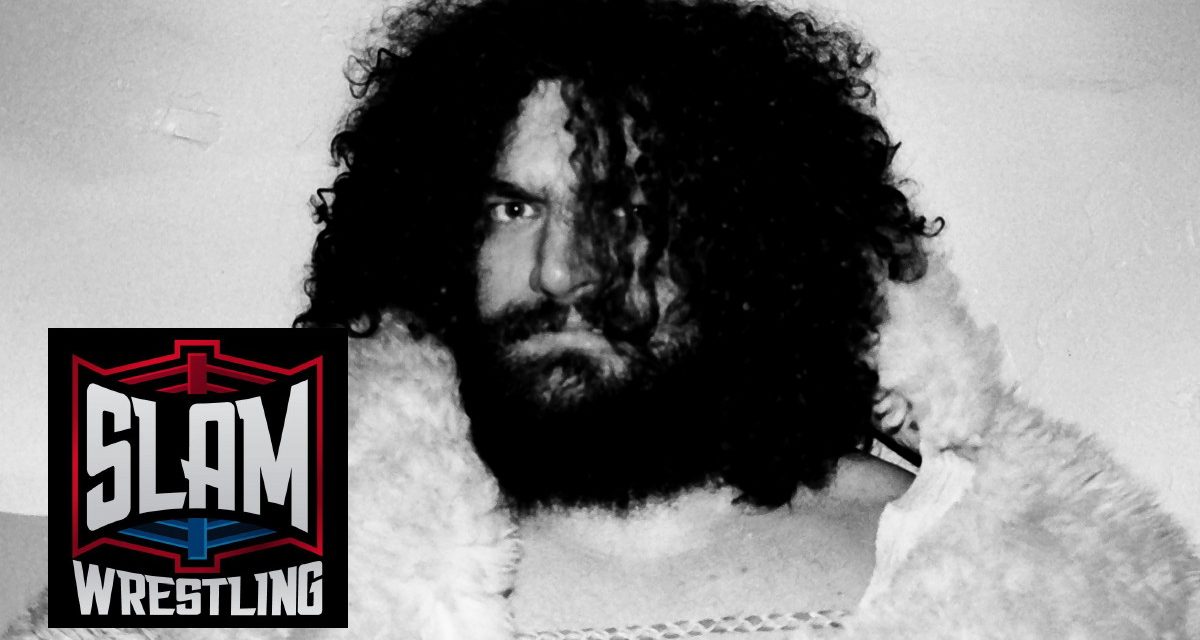 Bruiser Brody was stabbed to death on July 16th, 1988, in the locker room of Juan Lobriel Stadium in Bayamon, Puerto Rico. A bastion of work ethic and ring work his entire career, he was taken from this world long before his time was up. Sadly, eleven years later, it appears to me that nobody remembers or even cares.

The wrestling world’s negligence in not formally remembering Brody is nothing short of criminal. One need only to look around and realize that the legacy of Bruiser Brody lives on today in the form of hardcore wrestling being promoted by the WWF, WCW and ECW. All the “junkyard matches”, WWF hardcore titles and ECW death matches that litter today’s wrestling world are pale imitations of the carnage, violence and havoc that Bruiser Brody wreaked over his career.

Mick Foley, today’s undisputed king of hardcore, studied video tapes of Brody’s matches while training to be a pro wrestler, wanting to pattern himself after him. Perhaps there is no greater evidence of Brody’s lasting influence than Mankind.

For over 15 years, Brody wrestled around the world, making a stop in virtually every territory and promotion. He regularly toured such exotic countries as New Zealand, Austria, Thailand and Australia and became a household name in Puerto Rico and Japan where he was the top foreign wrestler in the country.

Brody was a brawler that managed to bring mayhem, chaos and bedlam with him wherever he traveled. Playing the role of a madman, Brody was one of the top draws in the world and carved out a name for himself by carving out holes in the foreheads of such opponents like Dusty Rhodes, Terry Funk, Harley Race, Carlos Colon and Abdullah the Butcher. While fans will remember the Ric Flair – Ricky Steamboat feud for its drama, the Rey Misterio Jr. – Psicosis series for its daredevil spots and the Eddie Guerrero – Dean Malenko matches for its scientific wizardry, Brody’s matches with Colon and Abdullah will forever be remembered as the greatest brawls and bloodbaths in the history of the sport.

Bruiser Brody was a legend both in and out of the ring. In the seedy world of pro wrestling where promoters rule and make wrestlers tow the line, Brody was an outlaw. He was a true free agent, wrestling where and when he wanted, refusing to sign any long-term contract with any promoter. Brody liked to move around and didn’t want to be tied down. He was in control of his wrestling career and didn’t owe anything to any promoter, a fact that made him very difficult to work with.

Brody was notorious for ignoring instructions from bookers and often refused to put wrestlers over when asked. Over a six-year period, he did not do one single clean-pin job. Coming out to the ring wildly swinging a metal chain with Led Zeppelin’s “Immigrant Song” blasting over the p.a. system, Brody parted a walkway through the sea of ringside fans with his blood curdling shouts. He posed a security risk to fans, fellow wrestlers and promoters wherever he appeared.

And yet, he bounced around North America, from territory to territory as a hired gun. Promoters would bring Brody into their territory whenever attendance was down to help pop a huge gate. Whenever they did, Brody was sure to sell the building out. And like he had done so many times before, he was out the door on his way to the next territory. He was a true wrestling journeyman.

Brody was in such big demand in Japan that he became the object of a bidding war between New Japan and All Japan Pro Wrestling in 1985. He quickly walked out on All Japan and came to an agreement with New Japan promoter Antonio Inoki that would see him earn in excess of $14,000 a week guaranteed, at the time the most lucrative deal in wrestling. Such was the power and influence he wielded in the sport.

Bruiser Brody died at 42 years old. On a hot, steamy night in Puerto Rico, Brody and Jose Gonzalez – the booker of the World Wrestling Council promotion – had gotten into an argument backstage at a house show. Brody died with a hunting knife plunged into his abdomen and lungs.

While a doctor scrambled to work on Brody, it took approximately 40 minutes to get him loaded into an ambulance. The damage was so severe that the surgeons at the hospital had to operate twice. It was to no avail. Brody died on the operating table, having bled to death.

At a trial held months later, Gonzalez was charged in connection with Brody’s death. Gonzalez pleaded self-defense and was acquitted of the charges and is still wrestling in WWC to this day.

Bruiser Brody was the archetypal big man in wrestling. He used his size and gimmick to get over with the audience. He was a wrestling machine, trekking half-way around the globe, leaving a trail of broken bones and bloodied bodies behind him.

His was a legend that will never be forgotten by hardcore fans. As wrestling exploded in the 80s into the realm of sports entertainment, Brody remained a pro wrestler, an athlete and a competitor. In the current landscape of pro wrestling, with its glut of monthly cookie-cutter pay-per-views, Monday night ratings war and where style takes precedent over substance, Brody would be out of place.

Is it any wonder the wrestling world chose to forget instead of remember?